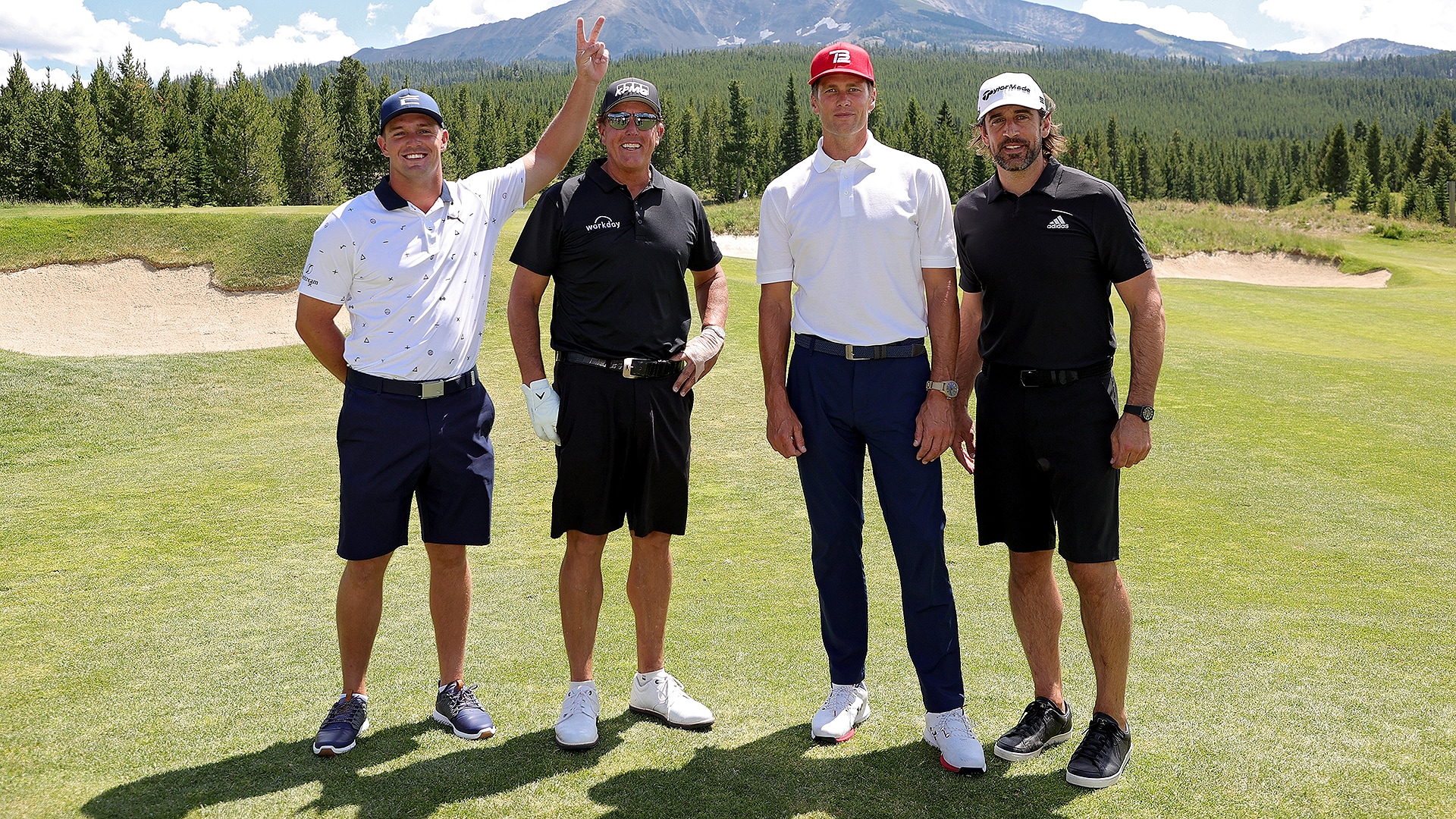 Bryson DeChambeau and Aaron Rodgers defeated Phil Mickelson and Tom Brady, 3 and 2, in the fourth edition of The Match on Tuesday.

The format was modified alternate shot, in which all four players teed off and each team chose one of its drives. Whoever didn’t hit the drive, hit the next shot and they continued to alternate until the hole was finished. The Reserve at Moonlight Basin, at 7,500 feet of elevation in Big Sky, Montana, was the host venue.

The match began with DeChambeau chipping in on the first hole to give his side an immediate 1-up advantage.

They had a chance to go 2 up early, but surprisingly lost the third hole. At the 392-yard par 4, DeChambeau hit 3-wood inside of 15 feet, but Brady responded lashing driver to near-equal distance.

Mickelson missed the eagle effort, but the birdie was conceded. Rodgers then blew his team’s eagle putt 6 feet past the hole and DeChambeau missed the comebacker to tie, putting the match all square.

Mickelson and Brady won the fourth hole, to go 1 up, after DeChambeau and Rodgers found trouble. The par-3 fifth was then tied when Mickelson (6-iron) hit his tee shot on the 248-yard hole to 2 feet, 6 inches – 1 inch closer than DeChambeau (8-iron).

The match bounced back and forth on the next three holes and by the end of the eighth, things were again tied.

Speaking of the par-5 eighth, a 777-yard severe downhiller, DeChambeau cranked a drive of 480 yards while his teammate also surpassed the 400-yard mark.

After making the turn deadlocked, DeChambeau and Rodgers finally earned some breathing room, winning the 10th, 11th and 12th holes to go 3 up – primarily because of Rodgers’ putting.

The reigning NFL MVP, however, had no intention of revealing where he would be playing next year. When asked if he would be returning to the Green Bay Packers for the upcoming season, Rogers was mum.

Following the 13th hole, which was halved in bogey, the four players competed in a one-club challenge at the par-4 14th. In a blind draw, Rodgers chose 3-wood, Mickelson 4-iron, Brady 7-iron and DeChambeau pitching wedge. It was a predictable mess as they tied the hole in double bogey-6.

Mickelson and Brady, who lost to Tiger Woods and Peyton Manning the second Match, managed to win the 15th hole, but dropped the 16th as a final 15-foot birdie by Rodgers clinched victory for both he and DeChambeau.

“I thought we played really well today,” said Mickelson. “We made a lot of birdies, shot quite a few under par, but these guys played better.” 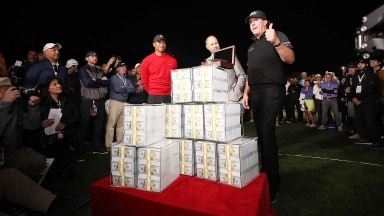