DeChambeau apologizes for his handshake 'brevity' 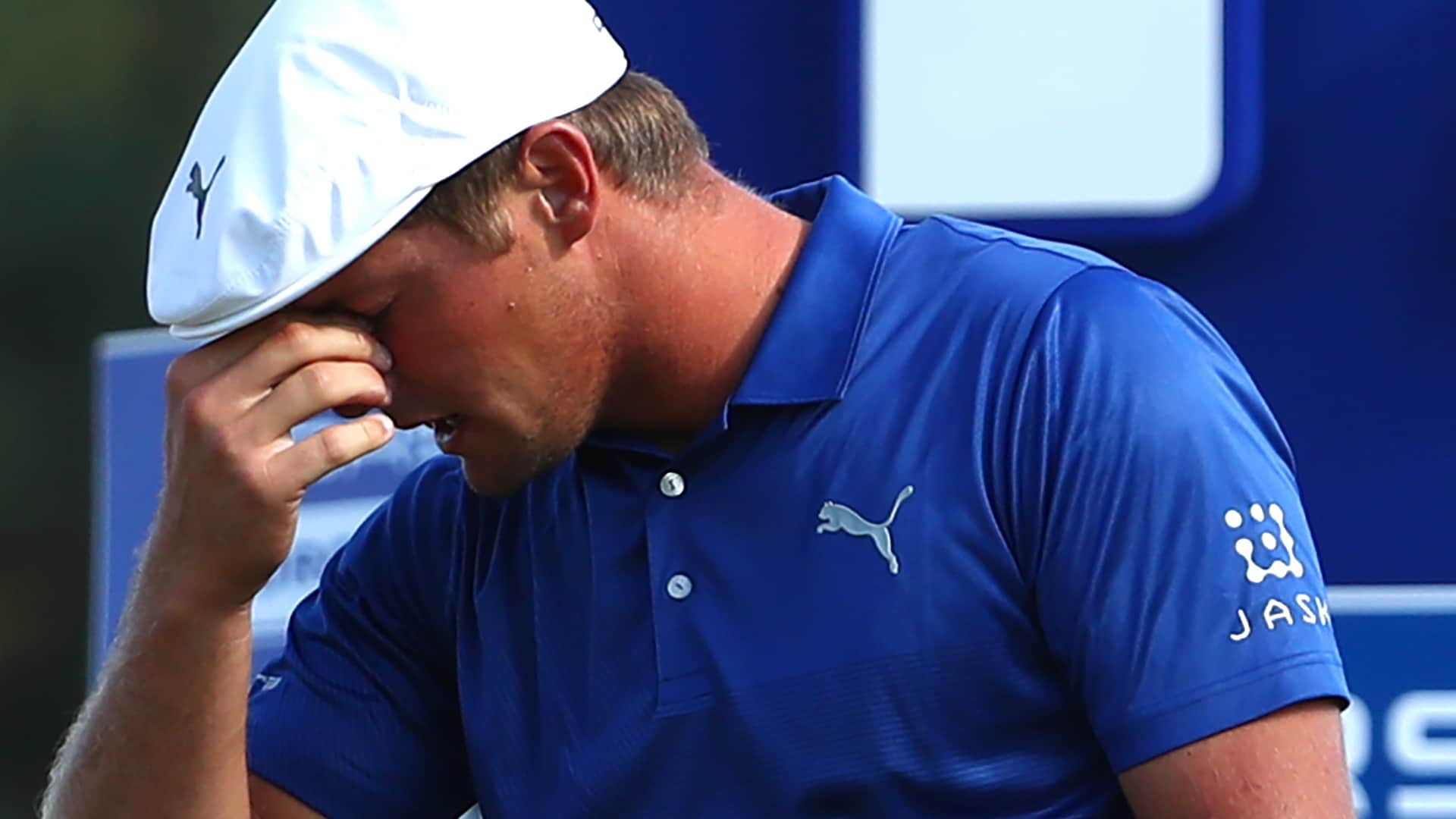 Bryson DeChambeau let the Porsche European Open slip through his fingers on Sunday in a stunning collapse, playing his final four holes in 5 over par to lose by five to winner Richard McEvoy.

The sometimes-fiery, often-quirky American finished bogey-bogey-par-triple bogey – putting two balls in the water on 18 – while his playing competitor McEvoy made a lengthy birdie putt on the 72nd to claim his first European Tour title by a single stroke.

After McEvoy had secured victory, DeChambeau tapped in for his 8 and then had a brisk-at-best interaction with the new champion, captured at the end of this video:

The quick handshake did not go unnoticed on social media, with Eddie Pepperell, fresh off his "hungover" tie for sixth at The Open, weighing in here:

Has to be said, as far as classless handshakes go, that was a good’n!

Perhaps aware of the criticism, or perhaps just disappointed with himself, DeChambeau offered this message on Instagram, which reads in part: "I apologize to Richard McEvoy and the fans for my brevity on 18. He is a class act, worthy champion and I enjoyed playing with him the past two days."

Tough finish today at the @peo_18 , but overall I had a great week in Hamburg. Thank you to Porsche European Open for having me. A terrific golf course with great support from the fans. I apologize to Richard McEvoy and the fans for my brevity on 18. He is a class act, worthy champion and I enjoyed playing with him the past two days. Looking forward to next week in Akron at the @wgc_bridgestone and continuing to work hard on my game

As mentioned in the post, DeChambeau is in this field this week at the WGC-Bridgestone Championship, where he will look to secure a berth to the U.S. Ryder Cup team with only two weeks remaining before the end of automatic qualifying.