Bryson DeChambeau bombing away at Winged Foot, with 48-inch driver on deck 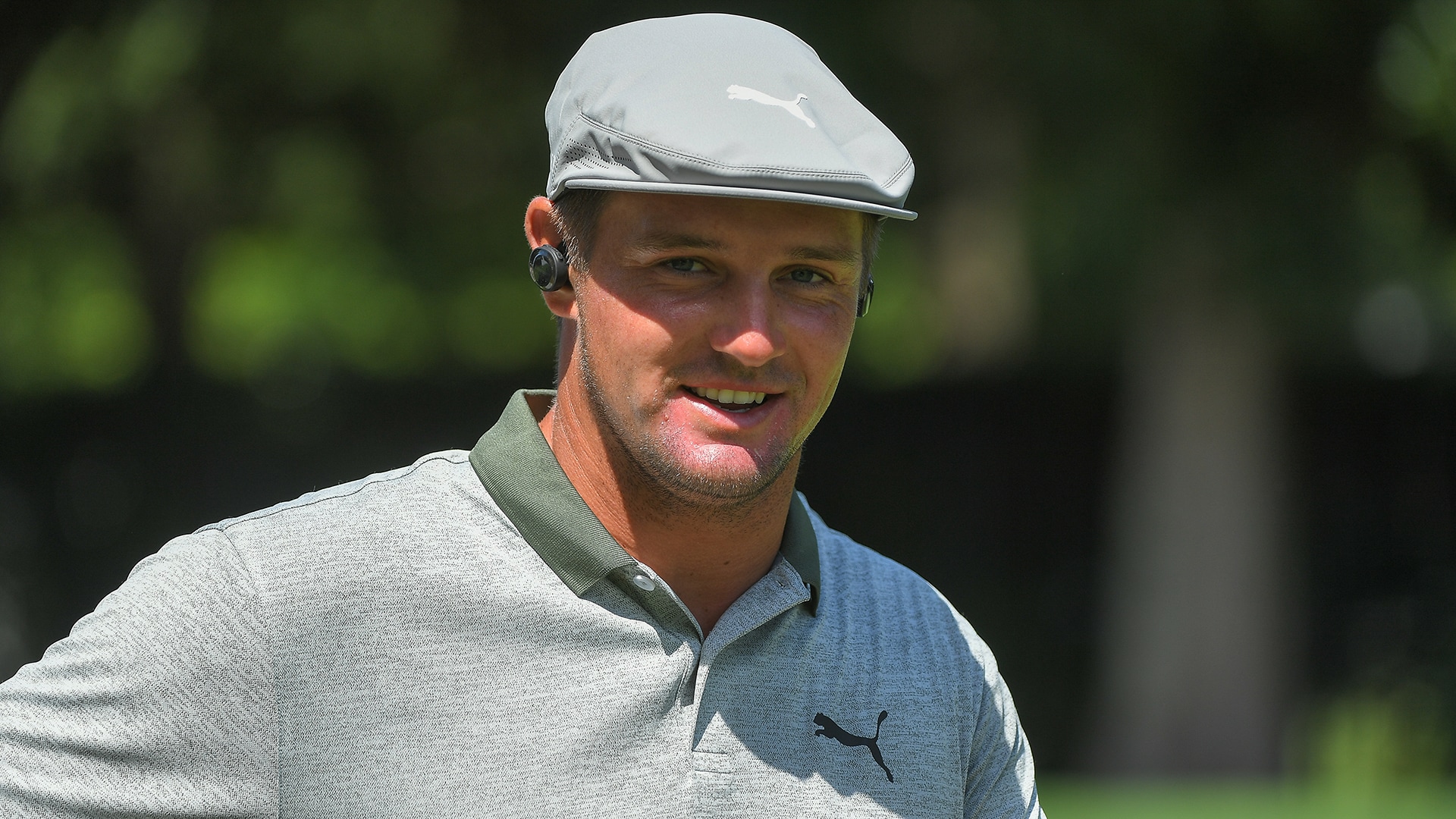 MAMARONECK, N.Y. – Bryson DeChambeau has mapped out his approach for Winged Foot.

“I’m hitting it as far as I possibly can up there,” he said after a practice round Tuesday at the U.S. Open. “Even if it’s in the rough, I can still get it to the front edge or the middle of the green with pitching wedges or 9-irons. That’s the beauty of my length and that advantage.”

DeChambeau’s strategy, not surprisingly, runs counter to some of his peers, who said they were going to emphasize putting the ball in play more often to avoid the long, gnarly rough. In fact, just a few minutes before DeChambeau’s presser, Rory McIlroy spoke in the interview area. “I’d still take hitting fairways over hitting it 350 in the rough here,” McIlroy said.

But DeChambeau disagrees, saying that he’ll still be able to muscle any shot out of the rough and advance it near the green, especially with so many shaved areas in front allowing a ball to run up onto the putting surface.

“For the most part,” he said, “I’m going to be trying to go after it as much as I possibly can.”

And even more length may soon be on the horizon.

After this week, DeChambeau said he’s going to begin testing a 48-inch driver shaft – the maximum length allowed under the Rules of Golf. He’s tinkered with that length before – he typically uses a 45 1/2-inch model – but didn’t have the proper shaft stiffness and “that thing went everywhere. I had no control.” He and his team are currently working to develop a shaft stable enough to touch 210-mph ball speed – and that, when ready, he’d employ it in a Tour event.

“If it’s as consistent as what I’m doing now, there’s no reason why (he wouldn't use it),” he said. “If I was 205-mph ball speed, I’d be using it everywhere out here. It would be even more of an asset to me.

“There’s this point of no return where if you’re around 180 and you try and get faster, but it gets that much more drastically off-line, it really doesn’t help you that much. You don’t gain that much. But once you start getting 195 to 200 to 205, even though you’re missing it that far off-line, you’re so far up close to the green, it’s too big of an advantage to take away.”