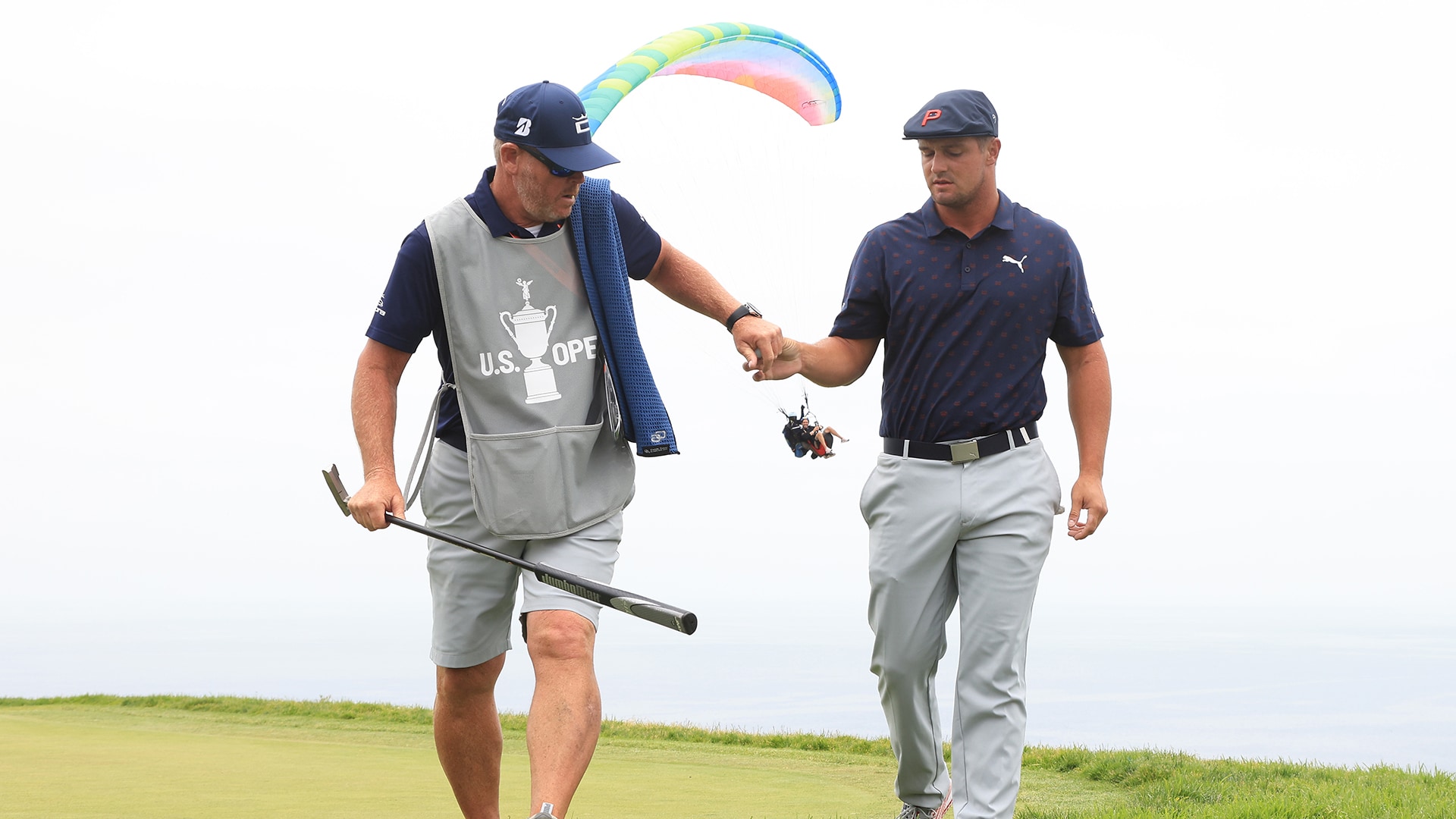 Bryson DeChambeau and caddie Tim Tucker parted ways on Wednesday night, hours before the start of their title defense at the Rocket Mortgage Classic, DeChambeau's agent confirmed to GolfChannel.com.

“They had a good run, and they mutually agreed yesterday afternoon to go their separate ways,” DeChambeau’s agent, Brett Falkoff, said in a phone interview Thursday. “Everything runs its course. Tim was getting tired and Bryson was getting tired. In any relationship they run their course, and that’s what happened here.

“It wasn’t one specific issue. It was a culmination. Like any caddie-player relationship, they had their ups and downs. They wish each other nothing but the best and will always be there for each other.”

No Laying Up first reported that DeChambeau and Tucker had split.

For this week’s Rocket Mortgage Classic, DeChambeau will have Ben Schomin, Cobra Golf’s tour operations manager, on the bag. Tucker had looped for DeChambeau during the practice rounds this week at Detroit Golf Club.

DeChambeau, the world No. 6, and Tucker briefly split in 2017 but reunited early the next year. Tucker has been on the bag for all eight of DeChambeau’s PGA Tour victories, including his win in Detroit last summer and the U.S. Open last fall.

At the Masters, DeChambeau was asked how much Tucker – who has one of the most unique and taxing jobs in golf, given his boss' analytical approach and rigorous practice routine – had contributed to his success.

“There’s been times when there’s been some rifts, but that’s any relationship; that’s any interaction with another human being. Sometimes it just happens. Fortunately enough, he loves me enough, and I love him enough to be able to say, Hey, you know, we are going to get this together no matter what, and we are going to persevere and push through and work as a team to be the best we can.”

DeChambeau was scheduled to tee off at 1:10 p.m. ET Thursday before a weather delay suspended play.