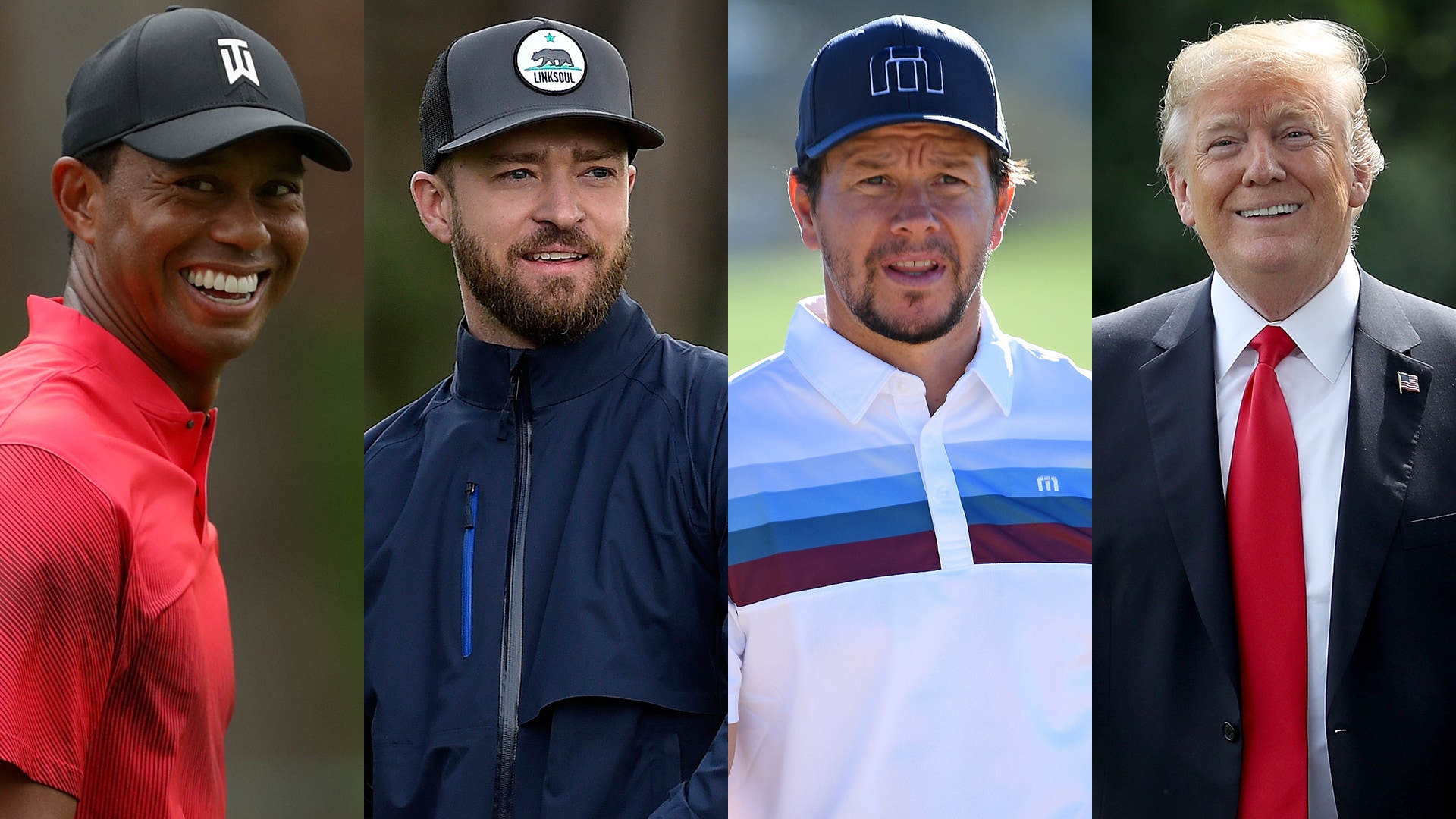 Who’s the most popular 24-year-old scientist in the world? Based on who reached out after his win on Sunday at the Memorial Tournament, the answer would have to be Bryson DeChambeau.

The four people he heard from in his travels from Muirfield Village GC after his win were Tiger Woods, Justin Timberlake, Mark Wahlberg and President Trump.

Tiger started to become DeChambeau’s big brother when they met during a winter vacation at Albany GC. The friendship has evolved during practice rounds, sometimes with Bryson calling Tiger, sometimes with Tiger calling Bryson.

At the Wells Fargo Championship, where DeChambeau finished solo fourth, Woods tapped DeChambeau’s caddie Tim Tucker on the butt and said, “Take care of my boy.”

Wahlberg was DeChambeau’s partner in the AT&T Pebble Beach National Pro-Am in 2017 and was streaming DeChambeau’s final round to his 9.1 million followers on Instagram Live on Sunday.

Timberlake was in a game at Lakeside GC in Los Angeles organized by DeChambeau’s manager, Brett Falkoff, in 2016, and they have since reconnected at Albany.

Trump came into DeChambeau’s life last December, when he invited Bryson for a round of golf at Trump International in West Palm Beach, Florida. The President also called DeChambeau on the Sunday morning before the final round of the Arnold Palmer Invitational, where he shot 68 on Sunday to finish second behind Rory McIlroy.

“He was talking to me and said he had to go - restricted number,” said swing coach Mike Schy. “I had to laugh. That’s Trump. We talked later and I said, 'That was The President, wasn’t it?' He said, 'That was so cool, yeah it was.'"