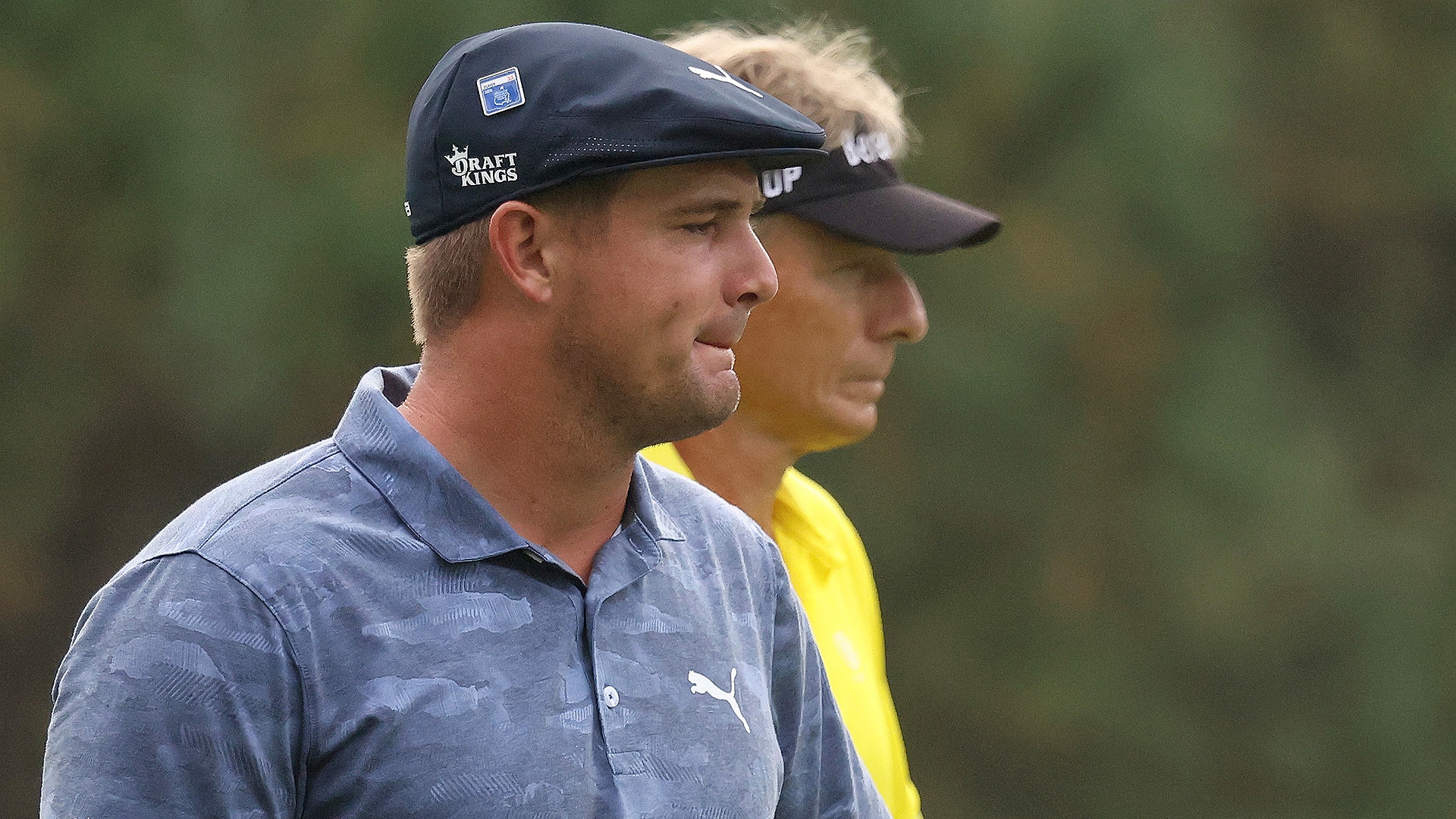 AUGUSTA, Ga. – Bryson DeChambeau said he continued to feel dizzy on Sunday at Augusta National, “blading” and “chunking” shots on his way to a 1-over 73.

The pre-tournament favorite finished the season’s final major at 2 under par, outside the top 30.

DeChambeau initially said on Saturday that he had been experiencing bouts of dizziness and stomach pains for a few days. He added that he tested negative for COVID-19.

"I've got to fix whatever is going on up here. I have no idea. Just dizziness. It's only when I go from down to up, so I can't even like think and talk right now.  But that's just what happens, I go down and up and my brain gets all disoriented," DeChambeau said after his final round.

"There was numerous times where I was over it and I just felt super uncomfortable. I couldn't see anything. I couldn't see the line. It was really weird. I missed a lot of putts today. ​​​​​"

It was an uneasy and inconsistent major for the reigning U.S. Open champion. He began the Masters by making a double bogey on his fourth hole, the par-5 13th, and opened in 2-under 70. He shot 74 in the second round, making the cut on the number, thanks to a triple-bogey 7, courtesy a lost ball at the par-4 third.

DeChambeau added another double bogey on Sunday – at the par-4 fifth – but also made eagle at the 13th, nearly holing his second shot.

The world No. 6 played alongside two-time Masters champion Bernhard Langer in the final round. DeChambeau averaged 315 yards off the tee, Langer 250. DeChambeau drove the green at the par-4 third, but three-putted for par. Langer made a traditional birdie.

The 63-year-old bettered the 27-year-old by two strokes on Sunday and one stroke for the week.

"Well, you know, normally I play my own game. I don't even worry about who I'm with and all that, but I was a little bit spectating here and there," said Langer, who played alongside Rory McIlroy in the third round. "I was in awe and just watching how they swing and how hard they hit it, and every once in a while I had to tell myself, go on, stop watching and play your game and focus on what you want to do.  But it is fun to watch and fascinating how they do it."

DeChambeau said his next start on Tour would be at the Tournament of Champions in January. His next major appearance will be in April, again at the Masters, where he leaves this year lamenting what might have been.

"Oh, absolutely.  At the beginning of the week I felt like I could have a great chance to win the tournament if I just played my game. Shoot, I made enough birdies (18) this week and eagles (1) to have a chance to win," DeChambeau said. "I made way too many mistakes that I've got to talk about with my caddie and go, Hey, how do we not make these mistakes anymore, how can we work better as a team to have that not happen?

"At Winged Foot we did a great job of it. This week we didn't. We didn't place it in the right places and I mis‑hit a lot of shots that usually are pretty easy for me. Numerous factors that were in play, but to have all this adversity and to still finish it off somewhat decent and be under par for the week is great, even though I feel like I shot 15 over for the week, really, to to be honest with you. It was one of those things, one of those weeks."