DeChambeau on practice green in dark before Saturday 63 at Sony 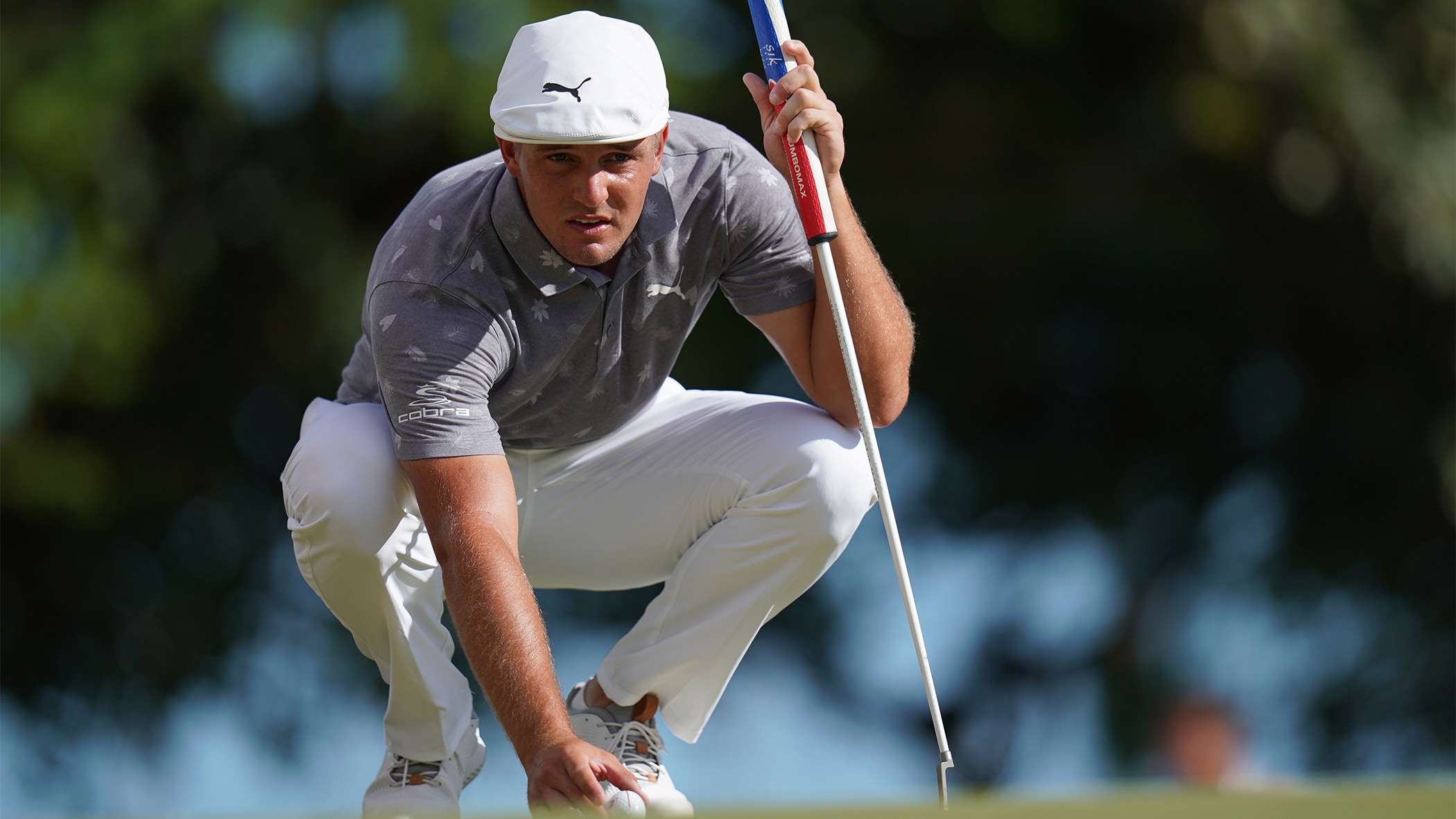 HONOLULU – Bryson DeChambeau signed his scorecard on Friday, an eventful round that added up to 3-under 67, and marched directly to Waialae Country Club’s practice putting green.

He worked on his putting, using all kinds of high-tech equipment and slow-motion cameras, for over two hours.

Whatever it was that DeChambeau was looking for in the fading light, he seemed to find when he climbed the leaderboard on Saturday with a 7-under 63 to move into a share of fifth place.

For the first time this week, DeChambeau finished a round with positive strokes gained: putting and his 27 putts was his best effort on the greens this week.

As with most things when it comes to DeChambeau, the solution to his substandard putting performance this week on the greens was nuanced.

“My face angle at impact with the putter was not on line at all. I mean, it was like a blackout. I had no idea where I was starting,” he explained.  “I tried to figure it out last night, and it took me about an hour and a half before I finally recognized what it was. Took me too long to figure it out, but I did.”