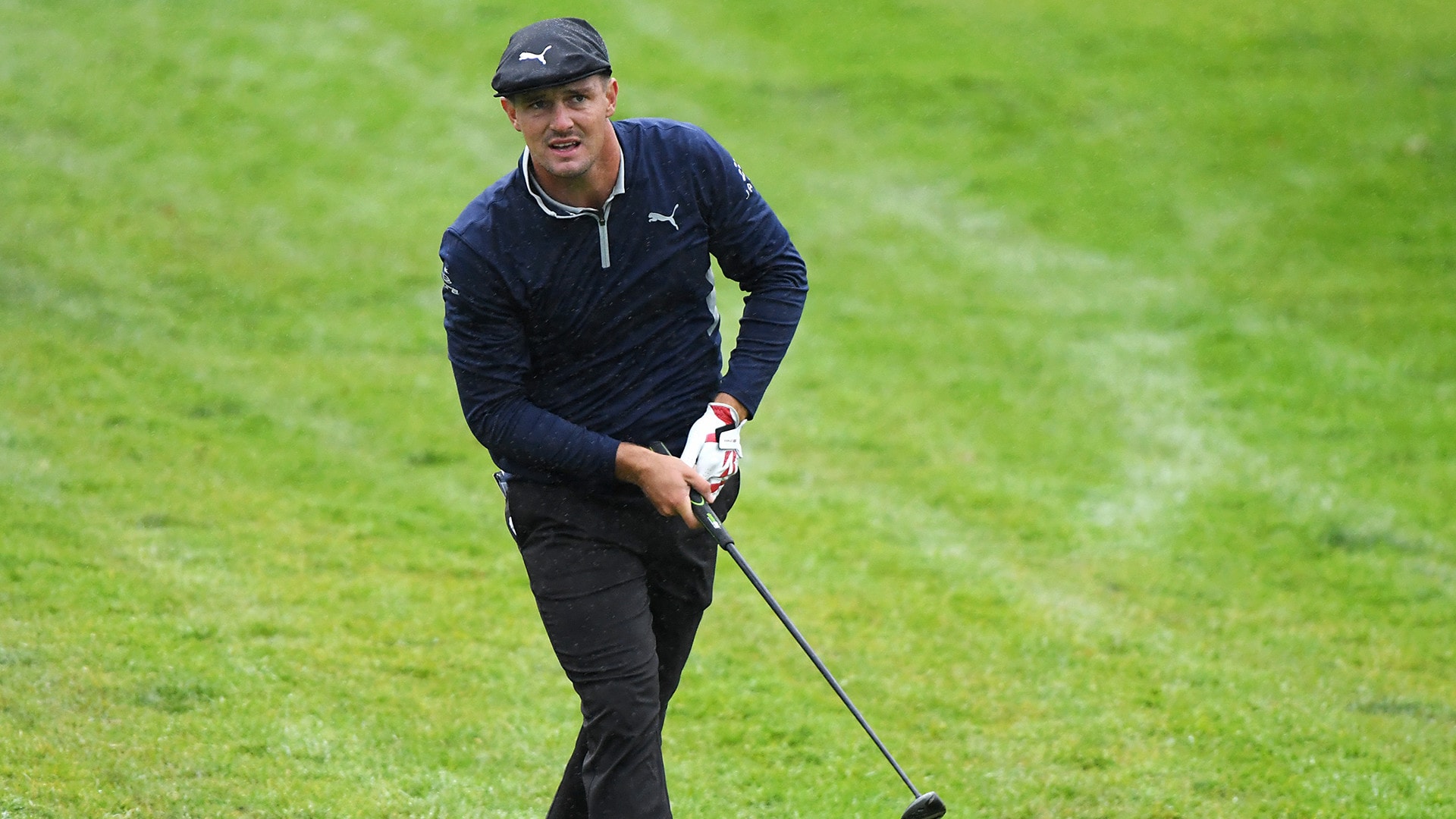 LOS ANGELES – During a marathon day at the Genesis Open, Bryson DeChambeau chipped in three times – including, remarkably, twice on the same hole. But with a cold rain falling on him outside the Riviera Country Club locker room, he was anything but pleased.

DeChambeau played 31 holes in conditions that varied from calm to wet to downright nasty. He carded an opening-round 70, then played 13 holes of his second round in 3 under to move into a tie for 14th when play was suspended.

In his mind, 13 holes were a few too many given the cold and rainy conditions players faced as darkness drew near.

“I just don’t think we should have been playing all the way, as far as we did,” DeChambeau told GolfChannel.com. “I hit probably three drives where, because of the water on the downstroke going through, it started on my line and hooked 40 or 50 yards. Knuckleballs. We’re hitting shots out of the fairway, and it’s just knuckling.”

The highlights for DeChambeau came on No. 12, where he holed shots from off the green for par in Round 1 and birdie in Round 2. He also holed a 52-yard eagle pitch on No. 17 during his second round. But it was at that point that conditions began to worsen as the rains picked up, and DeChambeau played another five holes in conditions he felt were unfair.

“You have no control. It’s completely up to luck at that point,” he said. “And when you have the Tour that wants to get it in, I understand. But it just gets to a point where you can’t play because the ball is not doing anything. And so it’s just frustrating. It’s disappointing.”

DeChambeau played those final five holes in 1 over, including bogeys on two of his last three holes before play was suspended. He will return to the course at 10 a.m. ET to complete his second round. While lift, clean and place conditions were in effect for the opening round, players were informed by the Tour that they would be playing the ball as it lies for Round 2.

DeChambeau sought out a rules official during the post-round chaos as rain-soaked players and caddies converged in the locker room from various corners of the course. He had hoped to share his perspective on the conditions during the final hour-plus of play, but came up empty-handed.

“I haven’t spoken to anyone,” he said. “Unfortunately, they don’t care.