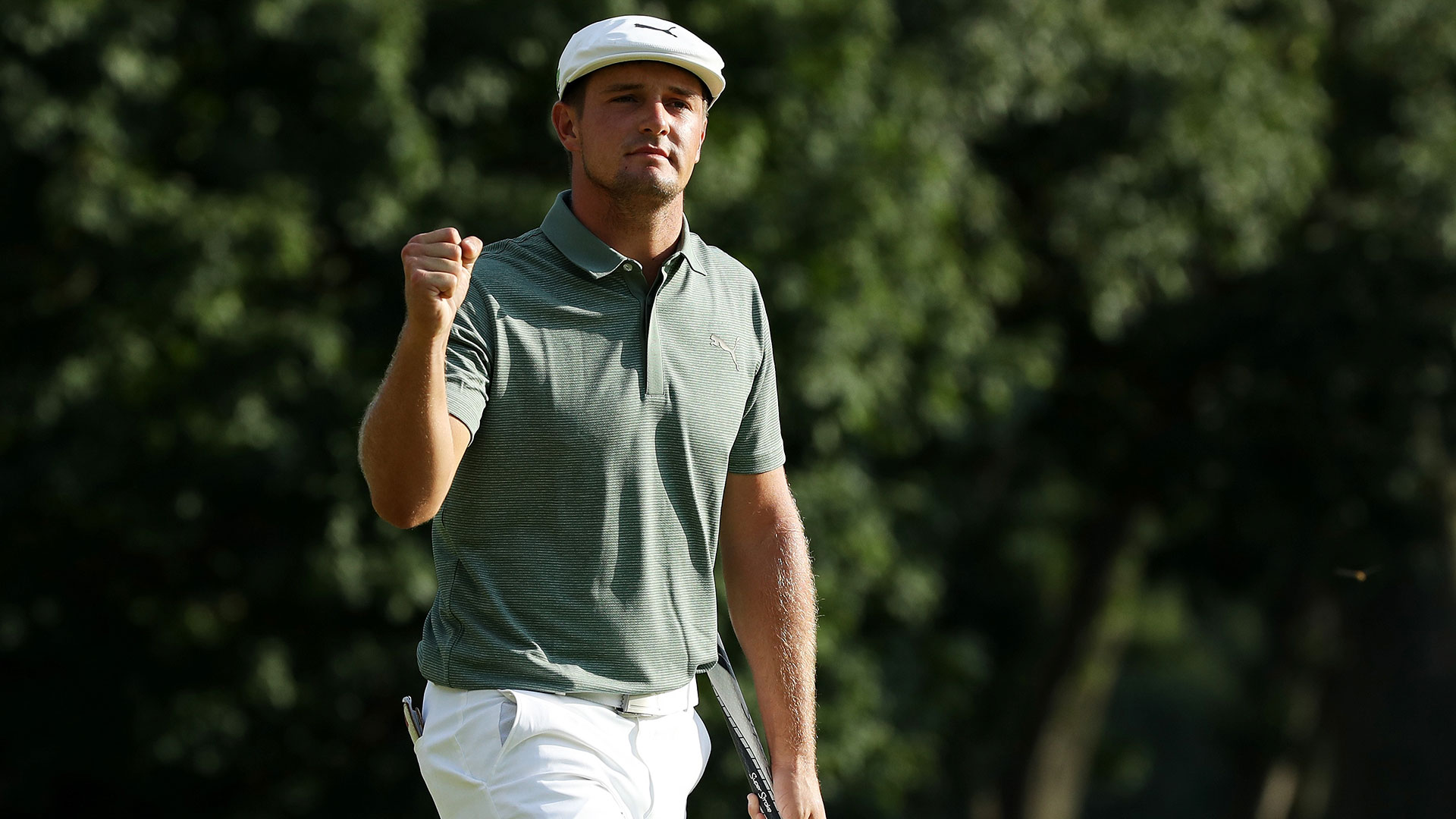 Bryson DeChambeau, the second-year PGA Tour pro known for his Hogan cap, his all-one-length irons and his scientific approach to golf, fired an 8-under 63 to take a four-stroke lead after three rounds of The Northern Trust, the first event in the FedExCup Playoffs. Here's what happened on Saturday at Ridgewood Country Club in Paramus, N.J.:

What it means: The top 125 in the FedExCup standings made it into The Northern Trust field. Only the top 100 at the conclusion of Sunday's final round will advance to the next event, the Dell Technologies Championship.

Round of the day: We haven't heard a whole heck of a lot from Keegan Bradley lately, but he had the round of the day, a 9-under-par 62. He had runs of three straight birdies on both the front and back, and never dropped a shot.

Best of the rest: DeChambeau's 63 was the day's second-low round, one stroke better than Spieth's 64. DeChambeau made five birdies on the front (where he suffered his lone bogey) and added four more on the back, including Nos. 17 and 18.

Biggest disappointment: Dustin Johnson, who overcame a triple bogey to shoot 67 in the second round, had a double bogey and three bogeys in a 1-over 72 on Saturday. Starting the day just two shots off the lead, he'll start the final round nine back.

Quote of the day: "I knew if I wanted to be at the top of the leaderboard, I'd have to take it deep today." - DeChambeau

Biggest storyline going into Sunday: This is one of those events where the back of the field, with players jockeying to finish high enough to avoid elimination from the playoffs, may hold more drama than the top of the leaderboard.