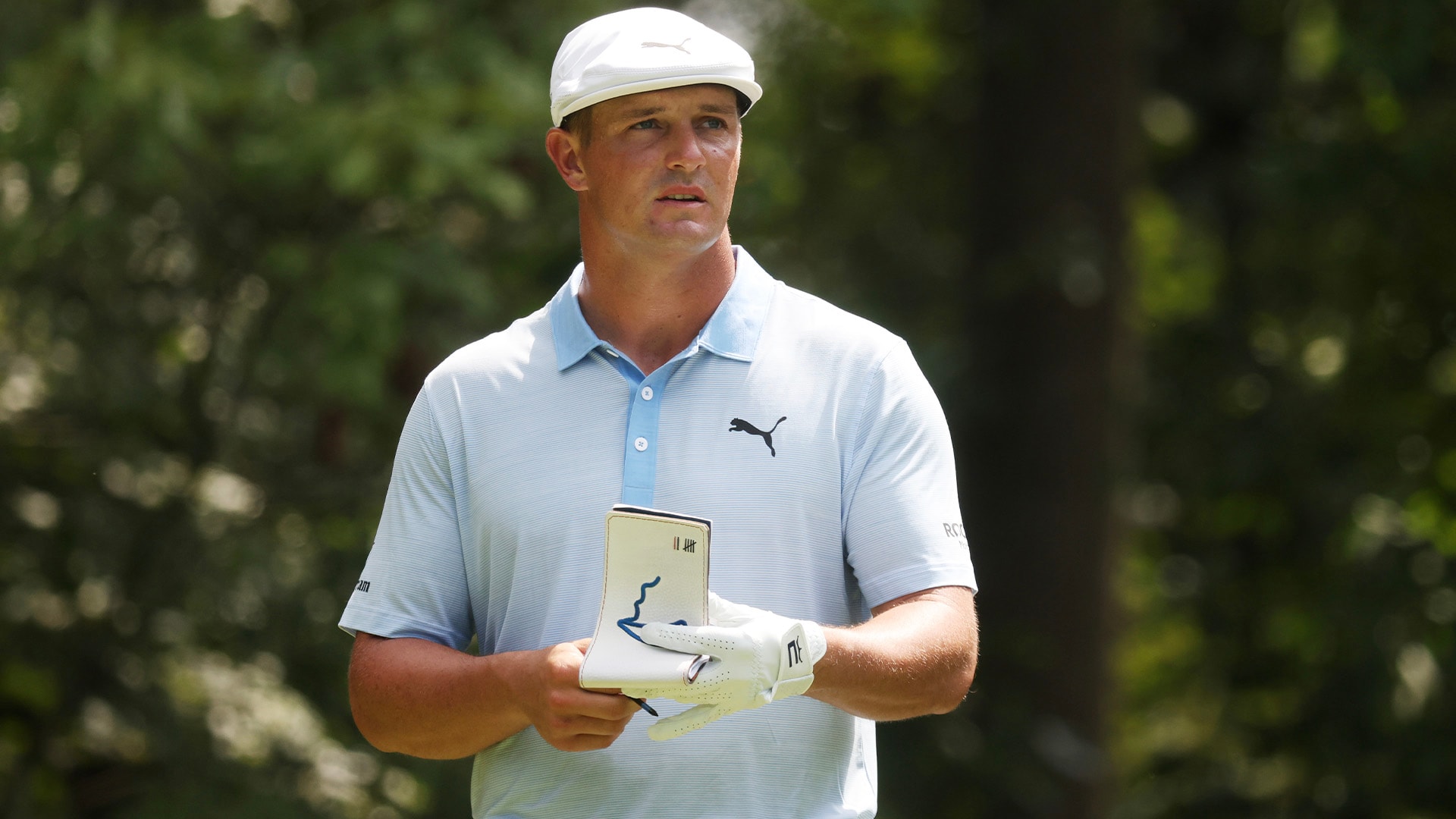 OWINGS MILLS, Md. – Rory McIlroy wasn’t planning on leaderboard watching – after all, it was only a Saturday – but he couldn’t help it.

“The only reason I paid attention to the leaderboard was because of all the cheers I heard everywhere,” McIlroy said. “I felt like our group got off to a good start, and then behind us it just sounded as if everyone was going crazy.”

They were, and a big part of it was Bryson DeChambeau.

A day after coming inches from shooting 59, DeChambeau got off to another scorching start at Caves Valley. He played his first five holes in 5 under, just like he had done Friday, only this time he did it with help from back-to-back eagles, at Nos. 4 and 5.

The fourth player on Tour with consecutive eagles this season, DeChambeau followed his first birdie of the day, at No. 3, by hitting a 336-yard drive and 247-yard second shot to 25 feet at the par-5 fourth hole. After draining that, DeChambeau then smacked his drive on the green at the 322-yard, par-4 fifth.

If McIlroy thought the roar on the previous roar was loud, that was before he heard the one after DeChambeau rolled his second eagle in from 50-plus feet.

Of course, right when chatter began of DeChambeau, who led by four shots with seven holes to play, running away with the BMW Championship title, he hit water balls at Nos. 12 and 13. He carded bogey and double on those holes, respectively, and let Patrick Cantlay, who actually outshot DeChambeau 66 to 67 on Saturday, back in the hunt.

The two share the lead at 21 under, three ahead of Sungjae Im.

DeChambeau, who again only spoke to the Tour’s broadcast partners after his round, shrugged off the late mistakes. While he mentioned his driver “seemed like wasn't really in tune” after a drive on the seventh hole, he was confident he could get things sorted out for another low one Sunday.

“Winning a golf tournament, that's what it's all about,” said DeChambeau, who has two wins this season. “That's why we play golf. Obviously, I talk about the long drive stuff that I'm doing, and all these are the facets for the Ryder Cup, but it's ultimately about winning no matter what. Hopefully, I can go get the job done tomorrow. I've done it eight times; hopefully I can make it my ninth.”

When asked if it would be an electric performance, DeChambeau responded succinctly. 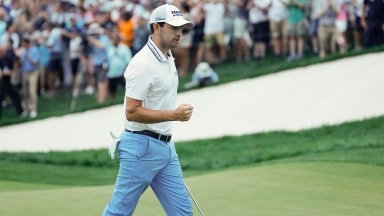