Is DeChambeau a young gun? 'I hope so' 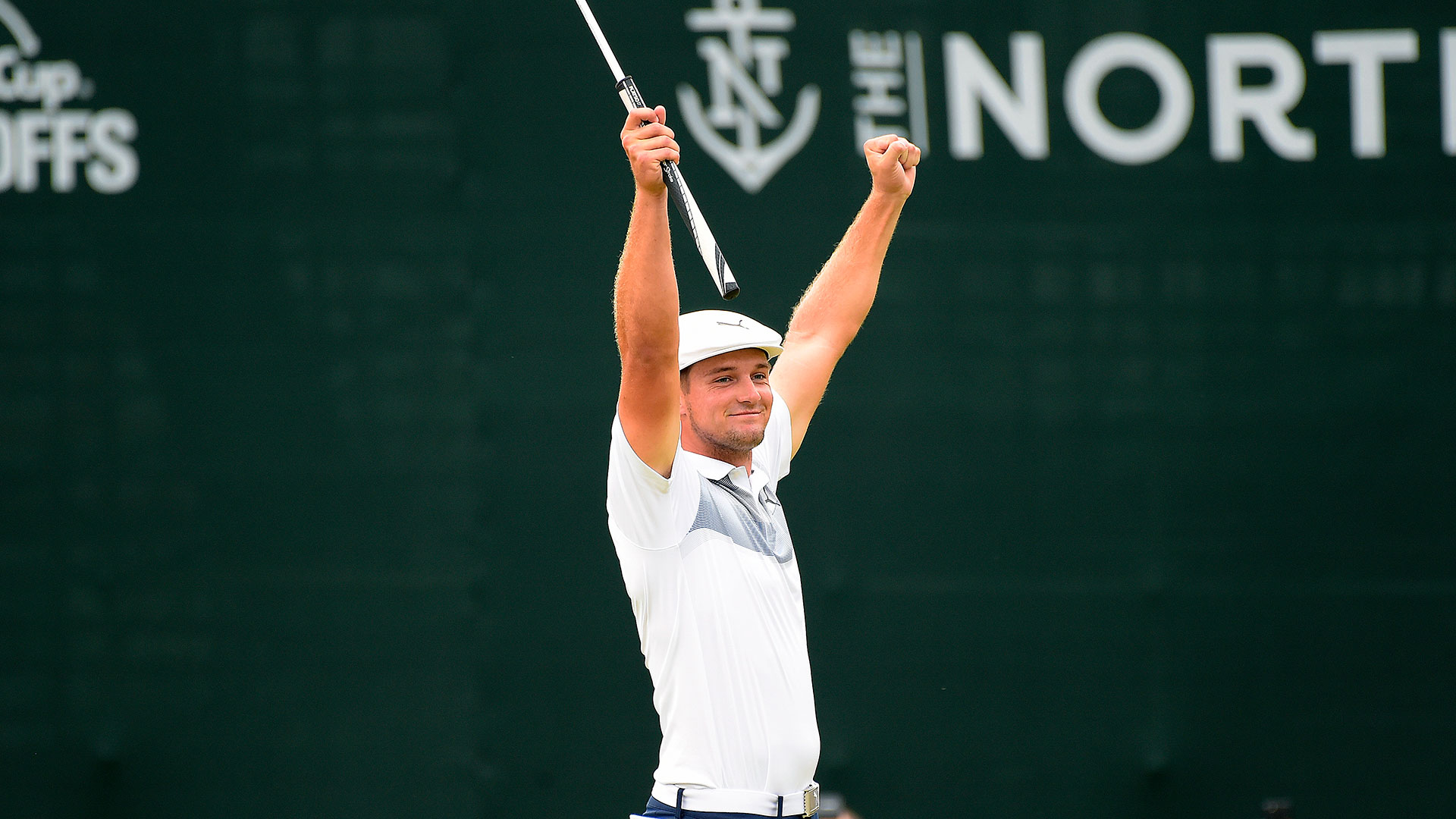 Well, he’s 24. His victory at The Northern Trust moved him to 12th in the world ranking. And his three PGA Tour victories in the last 13 months are more than Rickie Fowler, Rory McIlroy and Jordan Spieth combined. He’s the 11th player in the last 30 years to win three times on the PGA Tour before age 25.

So yes, he’s both young and a gun. But until Sunday at Ridgewood Country Club, DeChambeau had never even considered the notion.

“I vew myself as kind of a one-off in a sense where I’m kind of doing my own thing, you know,” DeChambeau said. “The group that’s out there, the young guns, it’s awesome, I love being able to talk to them and mess around with them and joke with them every once in awhile.”

That answer was before DeChambeau was told he’d move to No. 12 in the OWGR. That little nugget made him think about it differently, made him wonder if this new status will make the public look at him in the same light as Spieth, Fowler, Justin Thomas, Jon Rahm and others.

“I hope so,” he said. “I’ve got three wins under my belt and I’m really proud of that and I appreciate all the support that’s been around me.

“To be classified in a certain young gun group, I think so, but I guess the weird part is for me, I’ve learned so much and I’m going to keep learning so much that I don’t really know what age I’m at in relation to everybody else out there.”