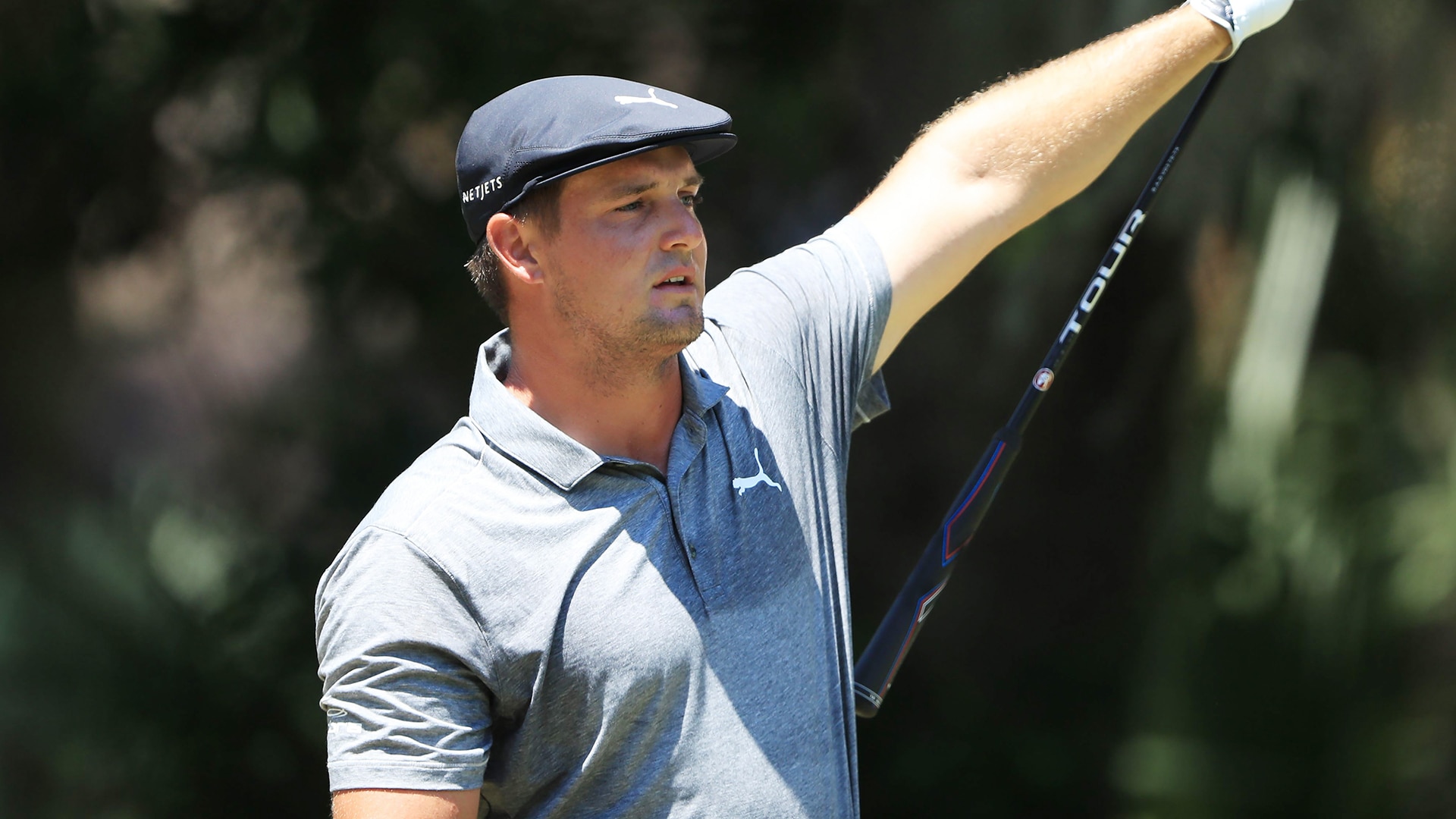 Expect Bryson DeChambeau to unleash the “kraken” this week at TPC River Highlands.

Don’t expect him to drive the 17th green.

After two weeks at smaller ballparks, Colonial and Harbour Town, DeChambeau was able to take full lashes with his driver, which he's nicknamed the "kraken," more often during Tuesday’s practice round for the Travelers Championship. He even hit 198 mph ball speed while trying to drive the green at the penultimate hole, a 420-yard, par-4 that requires about a 360-yard carry over water.

It took DeChambeau a few tries, but eventually he sent one some 370 yards that cleared the water but still missed the putting surface.

“I just thought I'd give it a go and give it a rip, and I was able to get it over after like three or four tries,” he said. “But it's not worth it, obviously. I'd have to achieve 200 to 205 mph ball speed every time to be able to hit it over with that wind, so I'm still going to play it normally.

“But it's fun attempting to do things that I've never done before and having iron shots into holes that just didn't even make sense to me a year ago.”

DeChambeau said his goals this season include the usual: winning multiple tournaments, grabbing a major, capturing the FedExCup. But he also has aspirations of reaching 195 mph ball speed in competition. He’s topped 200 before while practicing at home during the break.

“Right now I'm just playing a numbers game trying to be the casino,” he said.