DeChambeau (68) could be living in third standard deviation 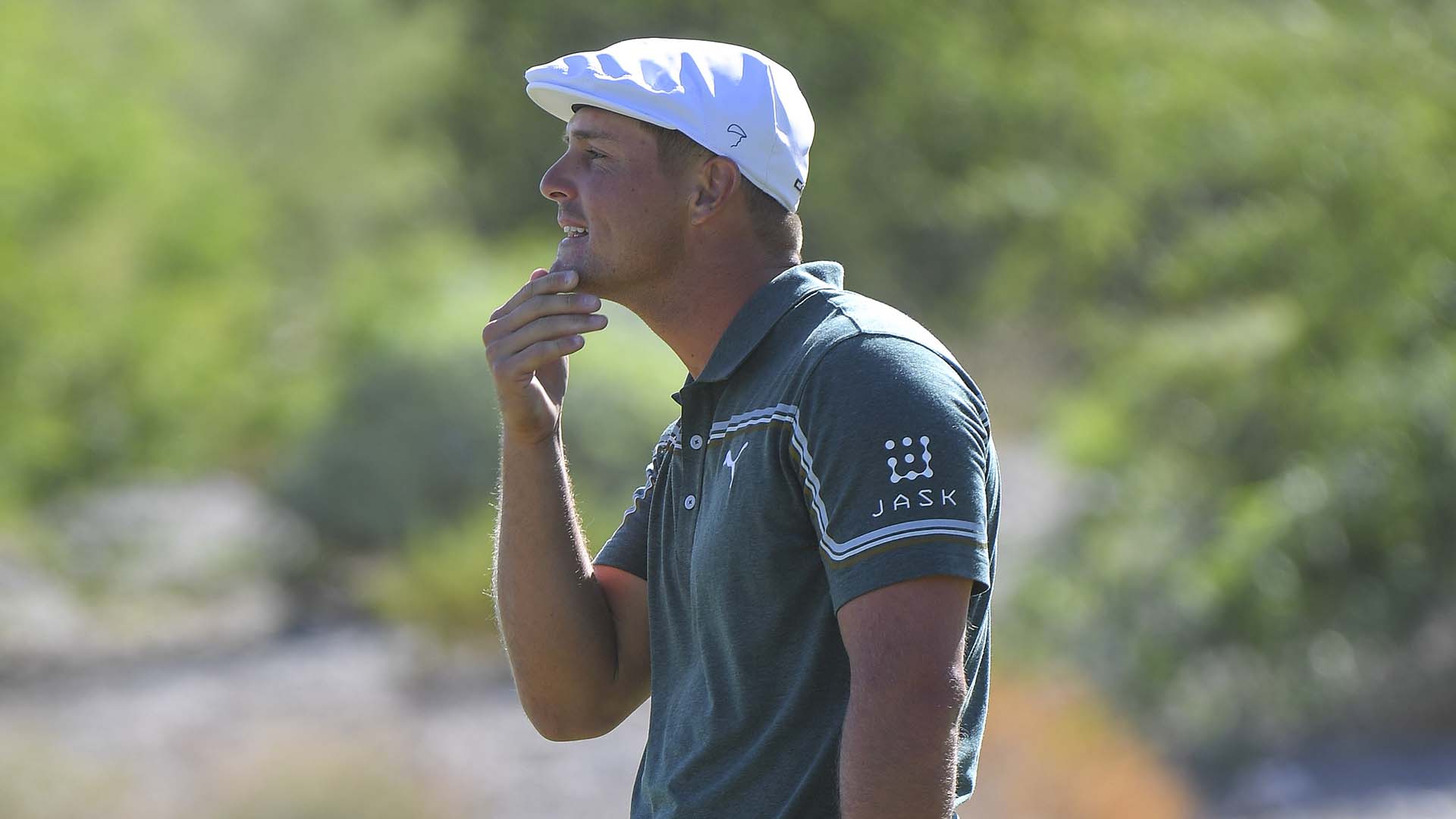 Some people live their entire lives that way.

Before we move on to Bryson’s second-round 68, a bit of required reading from Wednesday:

Now that we’re all on the same page, the defending champ finds himself four shots off the lead heading into the weekend at TPC Summerlin.

Even par through 15 holes on Friday, DeChambeau closed with three straight birdies, on Nos. 7-9. His holeout from the greenside bunker at the par-3 8th produced something of an ambivalent response.

Asked about it, DeChambeau said he had a firm lie in the sand, didn’t hear any applause, and by the time he was able to climb out of the bunker and see the ball, it was trickling in.

“And then it goes in and everyone goes crazy,” he said. “And I’m like, ‘That went in.’ And then I’m like, ‘Figures – that would be today after lipping out 10 putts.’

“For the past couple weeks, I’ve felt like there’s been some really weird stuff going on,” he continued. “I just can’t get a normal round in. I just want to go play golf and have a good time, make a couple putts, miss a couple; I’m OK with that. Nah, I’ve gotta lip out 10 and hole a bunker shot. It’s like, what’s going on?”

“It is,” he replied. “It is. Hey, you know what? Some people live in that area their whole lives.