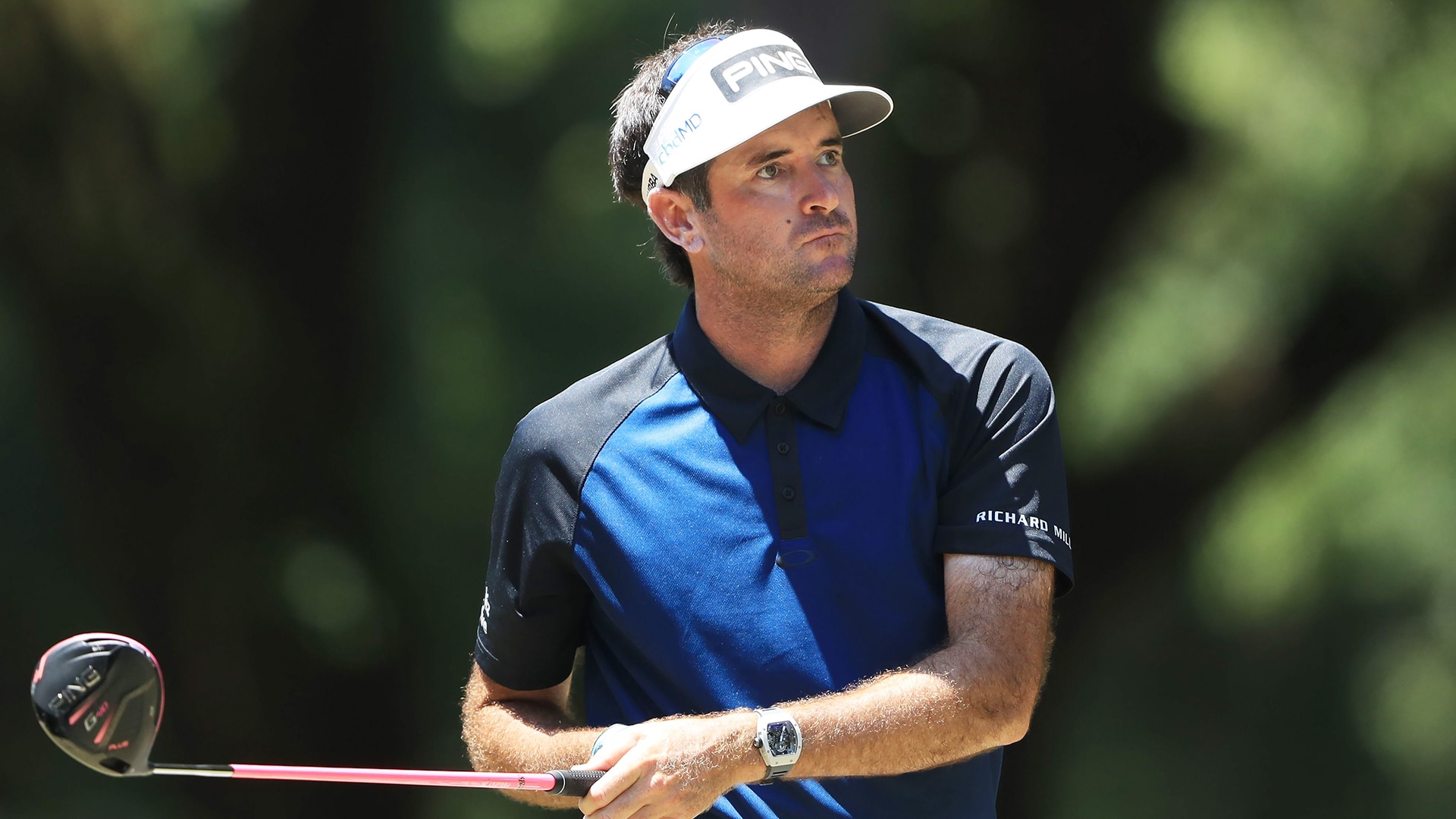 After shooting 2-over 73 and playing himself out of the tournament, Bubba Watson didn’t have much to celebrate Saturday at the RBC Heritage.

He did, however, have reason to shell-ebrate.

Watson avoided a bizarre rules decision after hitting his tee shot into a greenside bunker at Harbour Town’s par-3 17th hole and discovering a small crab under his ball. Just as PGA Tour rules official Slugger White arrived on the scene, the crustacean decided to avoid any further issues, crawling out from under Watson’s ball and flipping over on its back in the sand nearby.

Able to play the ball, Watson didn’t need a ruling. But still, the situation provided plenty of great commentary.

“Stick your tee down there, man,” Watson told his playing competitor, Rory McIlroy, as they waited for White. “It won’t get your finger, and if it does, it’ll be funnier.”

Watson kept insisting that he didn’t want to play the shot with the crab under his ball because, “I don’t want the world to get mad at me.”

He went on to further explain: “There was a camera and, you know, people get mad cause I’d hit an animal. … We got enough issues in our world right now, we don’t need crab issues.”

Luckily, a potential crisis was averted, and Watson splashed safely out of the sand before making bogey. Still no word, however, on the status of the crab after Watson’s caddie, Ted Scott, mentioned it looked to be “playing dead.”

This isn’t Watson’s first brush with wildlife on the golf course. He also had to put his zoology knowledge to the test at the 2015 PGA Championship at Whistling Straits when his ball came to rest on a small anthill.

Watson called a rules official over, but after the official informed Watson that ants were not considered burrowing animals per the Rules of Golf and he would have to play the shot, Watson went on a bit of an ant rant.

Not getting anywhere with the official, Watson tried one last-ditch effort to get relief: "So, if some guy was allergic to ants and he got an ant on him, you could [not] care less?”

This time around, Watson avoided a crabby rules discussion – well, kind of.