Bubba bugs Tiger: I want to be a vice captain at the Presidents Cup 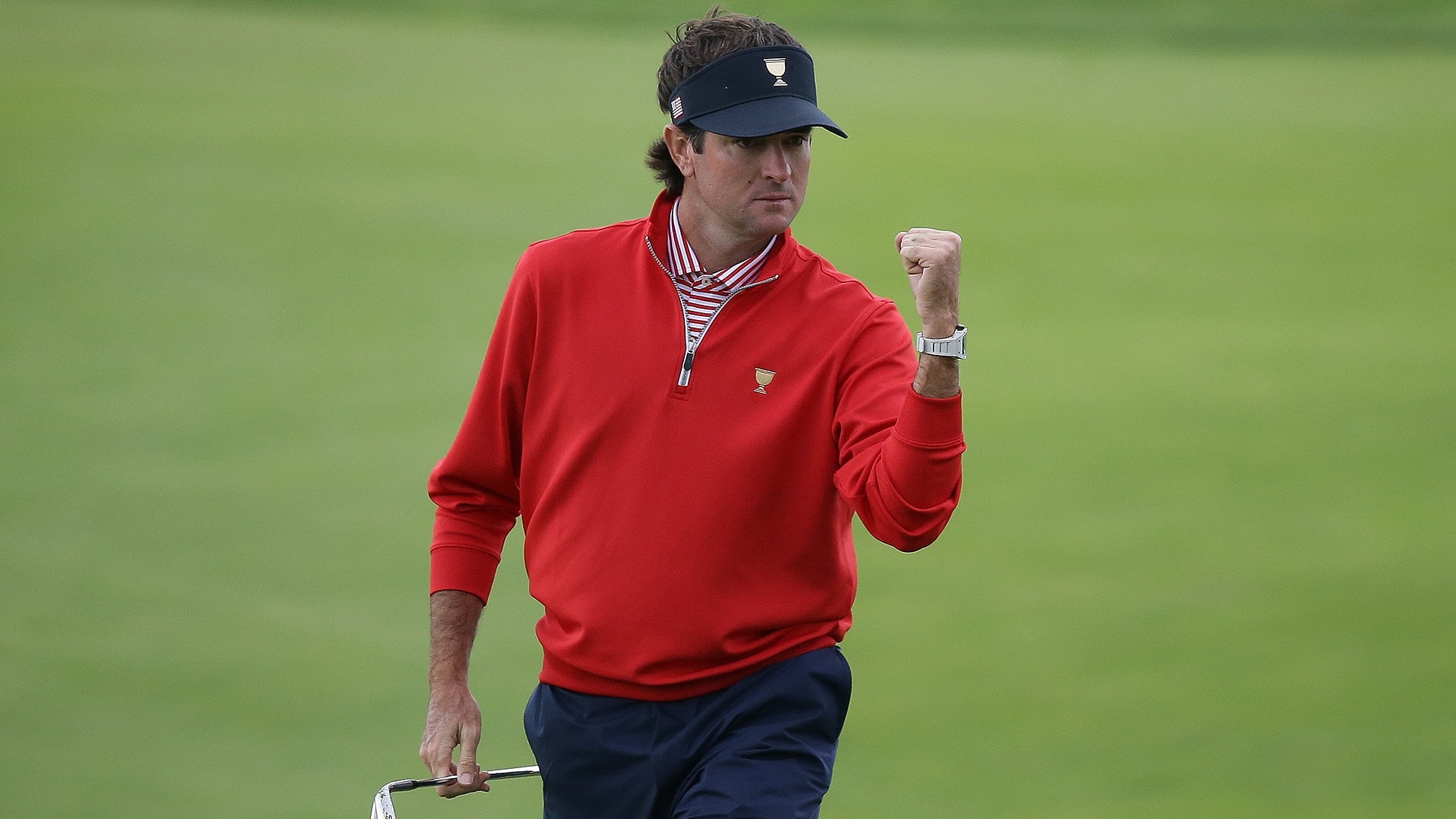 Bubba Watson ends the year at No. 12 in the Presidents Cup standings, and his mission is to be at Royal Melbourne one year from now.

But not necessarily as a player.

Watson was asked during the Hero World Challenge what would make a good 2019, and he didn't hesitate.

''I have been bugging Mr. Tiger Woods about being a vice captain for Australia,'' Watson said. ''I would love the honor of doing that again. The reason why is I feel like I can service. For me personally, I have more enjoyment serving 12 guys than playing.''

He has experience in that role.

Watson was No. 7 in the world ranking, and No. 9 in the Ryder Cup standings, when he was left off the team. Davis Love III wound up bringing him to Hazeltine as another vice captain, and Watson thrived in his role.

Watson, whose 12 victories on the PGA Tour include two Masters and two World Golf Championships, has played on only two Presidents Cup teams (5-3-2 record), compared with four Ryder Cup teams.

''I always bug Tiger,'' Watson said. ''He says, 'You need to be playing.' I said, 'Look, man, we've never won a Ryder Cup with me playing, but we've won when I wasn't playing. So me and you need to be captain and vice captains.' That's our joke. I've told him, 'Listen, I'll do anything to help you if you want me. If you don't, that's fine.'''