Bubba to move into Tiger's old house in Isleworth 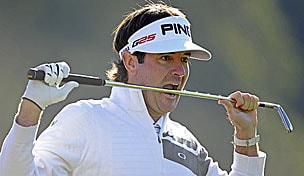 DORAL, Fla. – Bubba Watson has been settling into the tony central Florida neighborhood Isleworth for months, but Golf Channel learned on Friday that the Masters champion’s new digs will be familiar to the golf world.

Watson purchased Tiger Woods’ former home in Isleworth about seven months ago and initiated a major renovation of the property.

Watson told Golf Channel’s Todd Lewis that he plans to move into the new home in two weeks during the Arnold Palmer Invitational.

Watson and his wife, Angie, are also in the process of adopting another child. The Watsons adopted a boy, Caleb, about this time last year.