Bubba thrives in his comfort zone 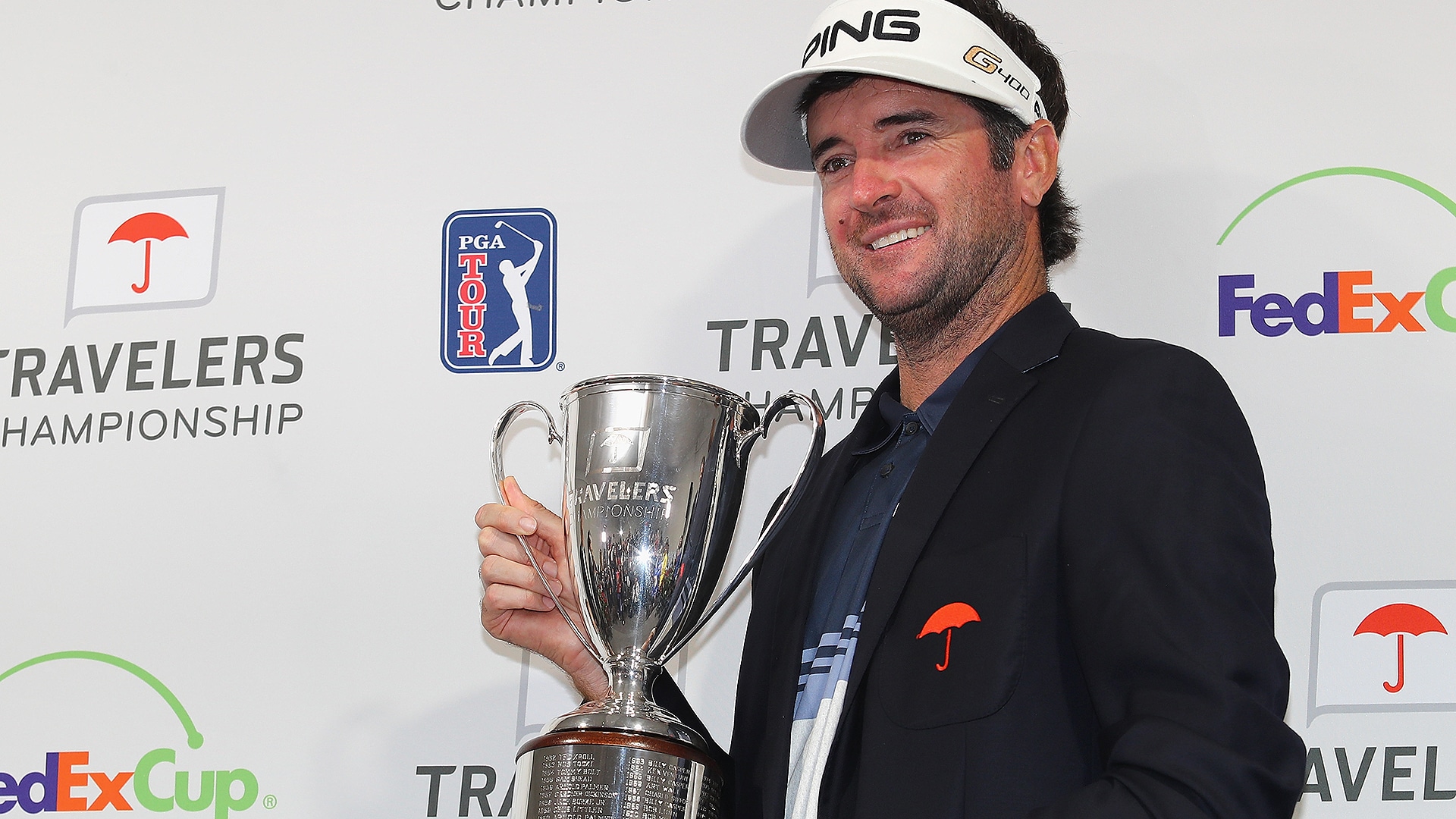 CROMWELL, Conn. – The 1:20 p.m. pairing Sunday at TPC River Highlands spanned the spectrum on the PGA Tour. In one corner stood science. Bryson DeChambeau, whose quantitative approach to golf seemingly knows no bounds, was looking to add another victory after winning a playoff earlier this month at Jack’s Place.

On the other side was art.

Bubba Watson doesn’t float golf balls in Epsom salt to identify minor imperfections. He doesn’t break out a compass to find the slightest errors in the Tour-supplied pin sheet. Even when he texts caddie Ted Scott, he prefers to use voice text rather than rely on his admittedly sub-optimal spelling.

But strolling along one of his favorite landscapes, Bubba the artist came out on top. Again.

Watson is in the midst of a resurgent season, one that already included a third victory at one of his favorite haunts, Riviera Country Club. It featured a decisive run through the bracket at the WGC-Dell Technologies Match Play, and a return to the leaderboards at Augusta National where he fell short of a third green jacket.

It only makes sense, then, that he’d build upon that burgeoning momentum at the Travelers Championship, where he earned his first PGA Tour victory in 2010 and Sunday joined Billy Casper as the tournament’s only three-time champ with a final-round 63 to catch and pass Paul Casey.

This is a place where Watson can bomb drives by feel and carve short irons at will, and one where he officially put his stamp on the best season to date on Tour.

“His hand-eye coordination is by far one of the best I’ve ever seen,” DeChambeau said. “You’ve got me who was just struggling off the tee, and he’s just swiping shots down there. It was cool to watch. I wish I could do that. I probably could do that, but I just don’t feel like I’d be as consistent as he is.”

Consistency wasn’t an apt descriptor a year ago, as Watson went from two-time major champ to completely off the radar. His world ranking, which began last year at No. 10 and is now back up to No. 13 after he became the first three-time winner this season, fell as far as 117th before his win at Riviera in February.

Watson attributes much of the turnaround to a change in health. Never really one to tip the scales, he lost 25 pounds in a three-month span last year while battling an undisclosed health concern. After putting some of the weight back on, he’s now able to focus more of his time and energy on fine-tuning one of the Tour’s most distinctive approaches.

“Anytime any of these guys kind of get comfortable with just being them, and golf is secondary in a sense, it helps them reach their potential,” said Scott. “I think the hype and the pressure can sometimes put things out of sort. And right now he’s just very comfortable with who he is as a person, and I think in his life. It helps him relax on the golf course.”

What Watson doesn’t prefer to mention is the equipment change he made that serves as a not-so-subtle line of demarcation. The southpaw turned heads at the end of 2016 when he agreed to play a colored Volvik ball on Tour during the 2017 season, only to watch his results fall off a cliff. A return to the Titleist ball he previously used has coincided with some of the best results of his 12-year career.

“I don’t think it has had any (role) in my success,” Watson said. “My clubs weren’t going the distance that I used to. I couldn’t shape it the way I want to. Luckily for me, I know the problem, and the problem was with health and not all these other things.”

Regardless of the true source of his turnaround, Watson is back to doing what he does best. That includes carving up the handful of venues that most fit his unique eye, be they lined by thick kikuyu rough outside Los Angeles or dotted with menacing water hazards outside Hartford.

The artistic touch was on full display with his final swing of the day. Facing exactly 71 yards to a pin tucked barely over the edge of a yawning bunker on No. 18, Watson laid the face open on his 63-degree wedge and hit a cut shot that spun and checked to inside 3 feet.

“Teddy put his arm around me, like, ‘That was an amazing shot,’” Watson said. “He’s seen a lot of shots, he’s been out here for many years. So for him to realize it, and other players to text me and realize it, it was special.”

While it seemed at the time like a shot that gave Watson a glimmer of hope in his pursuit of Casey, it ultimately turned out to be the final highlight of a three-shot victory. It’s the type of shot that few, if any, of his peers can visualize, let alone execute with such exact precision with the tournament hanging in the balance.

It’s the type of shot that separates Watson – the quirky left-hander with the pink driver who openly talks about his struggles with on-course focus and abhors few things more than trying to hit a straight shot – from even the best in the game when things are firing on all cylinders.

“The skills have always been there, as you know. But he’s just more relaxed now,” Scott said. “And when these guys, obviously when they enjoy it, they can play at their best and not get too stressed.”