An keeps it simple: No bogeys, tons of birdies turns into 36-hole Wyndham lead 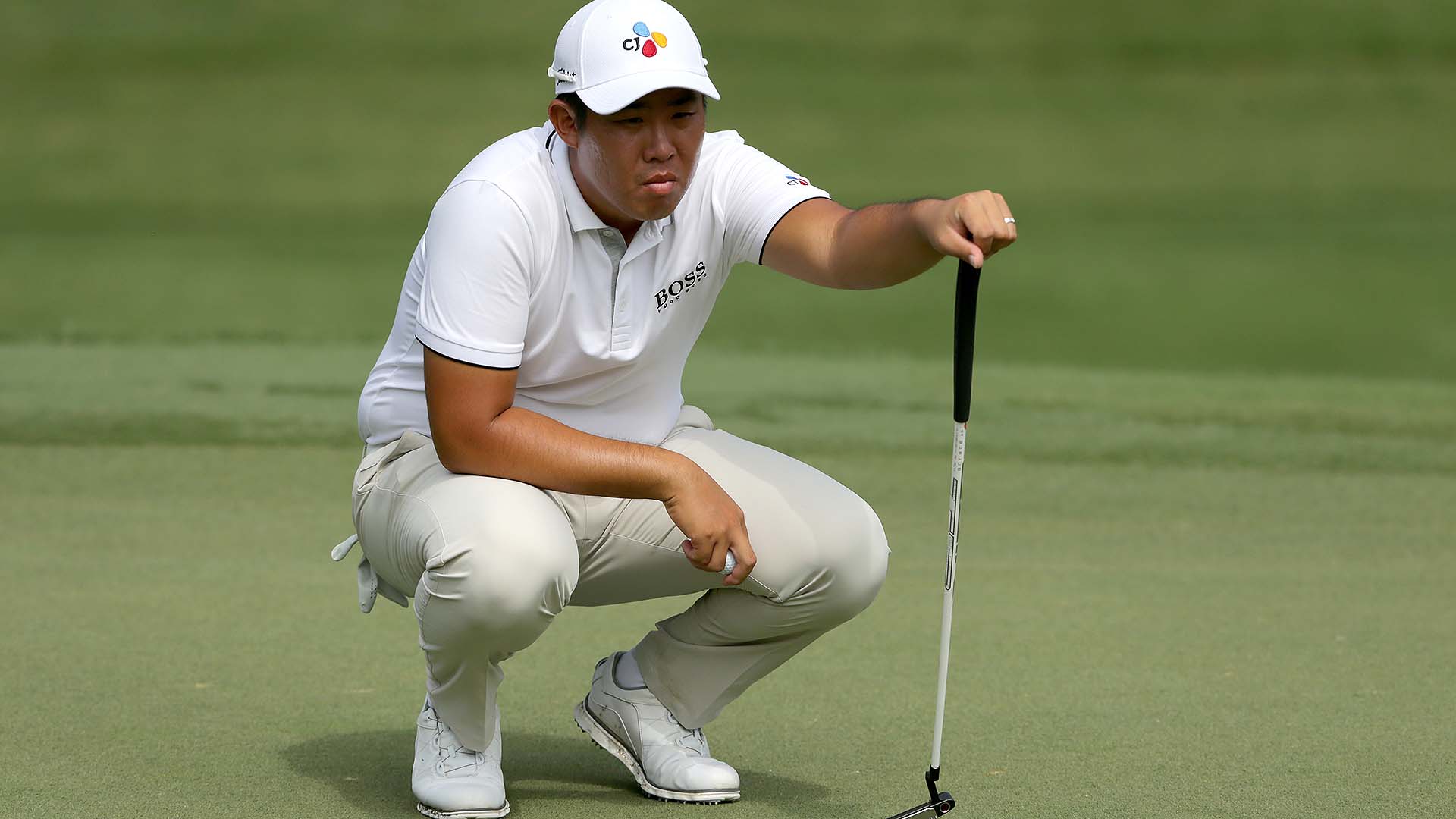 GREENSBORO, N.C. – When asked to point to a reason for his early success at the Wyndham Championship, Byeong-Hun An didn’t have to look very far.

“Not making any bogeys, that helps,” An said. “And making tons of birdies, that’s a bonus.”

An turned in his second straight clean card at Sedgefield Country Club, as he has yet to drop a shot through the first 36 holes. After grabbing a share of the lead with an opening 62, he tacked on a 5-under 65 Friday after finding 15 of 18 greens in regulation.

At 13 under, he holds a one-shot lead over Brice Garnett heading into the weekend atop a crowded leaderboard that includes the likes of Jordan Spieth, Paul Casey and Webb Simpson all within four shots of the lead.

“Still have two more days, and there are a lot of players behind me,” An said. “If someone plays better than me, then he deserves to win it. But as long as I keep these bogey-free rounds going, I’ll have a good chance.”

An became the youngest-ever winner of the U.S. Amateur in 2009 at age 17, and he won the European Tour’s flagship event, the BMW Championship, in 2015. But he has yet to win in 93 career PGA Tour starts, losing playoffs at both the 2016 Zurich Classic and 2018 Memorial. His only previous 36-hole lead, in Phoenix in 2017, ended with a sixth-place finish.

Having come close in recent years, he’s hoping to get over the hump this week and join the likes of Simpson and Si Woo Kim in earning a maiden win at Sedgefield.

“That shows that I have a game to compete out here,” An said. “This week’s the same. Just here, more as the same as a PGA Tour event, still have to play well to win it. But maybe this week might do it.”