An takes 36-hole lead at Wyndham Championship rife with subplots 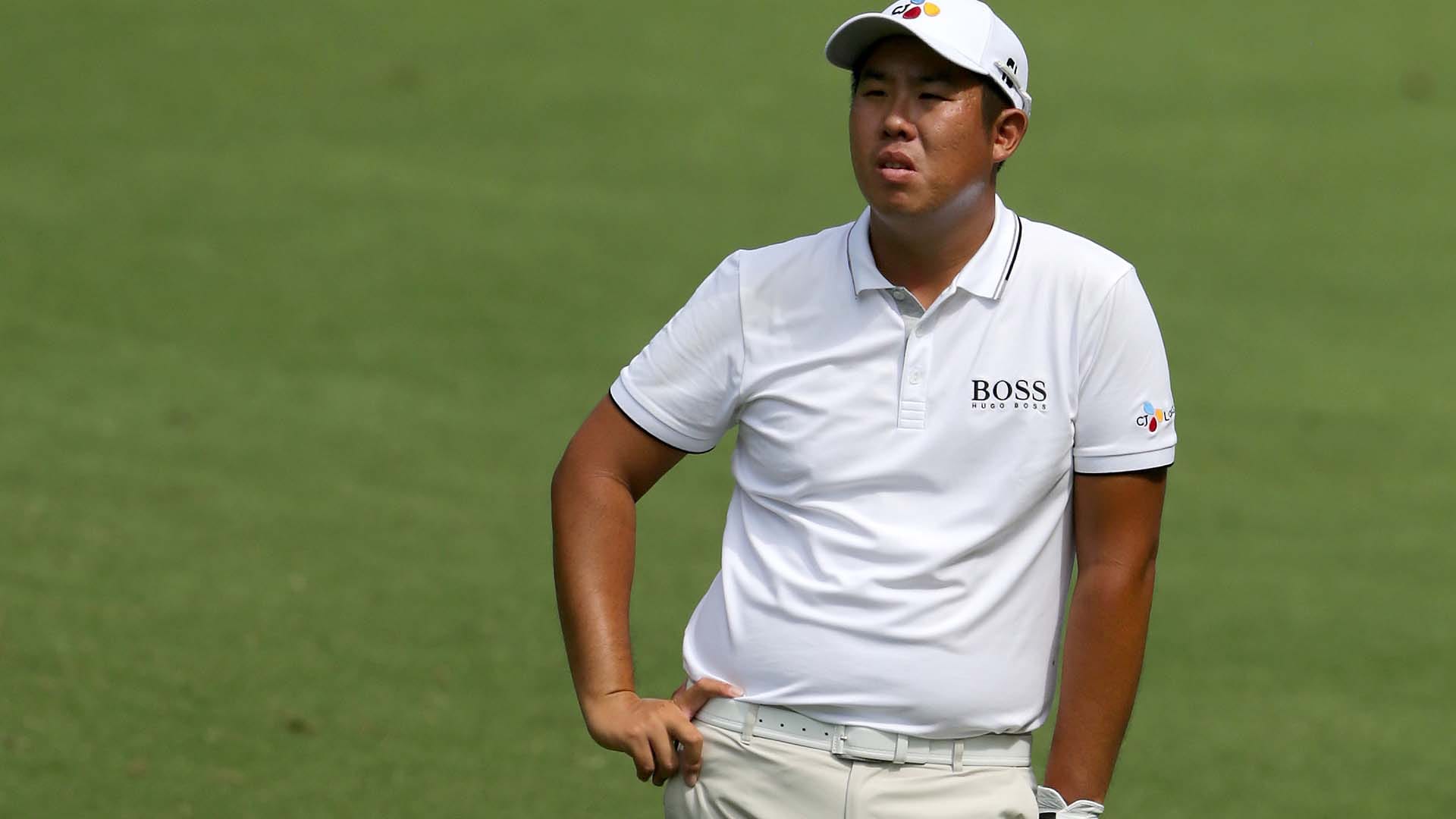 GREENSBORO, N.C. - Byeong-Hun An shot a 5-under 65 on Friday in the Wyndham Championship to take a one-stroke lead into the weekend

An sits at 13 under halfway through the PGA Tour's final event before the FedExCup Playoffs.

Brice Garnett was a stroke back after a 64, and six players - including 2011 Wyndham winner Webb Simpson and first-round co-leader Sungjae Im - were at 9 under.

Adam Svensson also was in that group after shooting the best round of the day - a 61 - and threatening to become the first player on tour this year to break 60.

An, who shared the first-round lead with Im at 8 under, made his move up the leaderboard with three straight birdies late in his round.

Finishing on the back nine, the 27-year-old South Korean who's winless on tour had birdies on Nos. 3-5 and closed his second consecutive bogey-free round with four straight pars.

''I came close last couple years and, you know, maybe this week might do it,'' An said about that long-awaited first victory. ''But still have two more days and there are a lot of players behind me. ... Just do what I've been doing the last couple days and just hit a lot of fairways and greens and make some putts. If someone plays better than me, then he deserves to win it, but as long as I keep these bogey-free rounds going.''

For a while, the story of the day was whether Svensson would become the 11th player in PGA Tour history to break 60 - and the first since Brandt Snedeker opened this tournament last year by shooting a 59 on his way to a victory.

Svensson birdied seven holes on the front nine and added two more on Nos. 12-13 to move to 9 under for the day.

His best chance to go even lower came on No. 15 but he missed a 7-foot birdie putt.

Still, the 25-year-old Canadian who is winless on Tour, had his second 61 this year. He also had one in the first round of the Sony Open in Hawaii. He started at No. 171 on the FedEx Cup points list but put himself in position to crack the top 125 and earn a spot in the field at the playoff opener, The Northern Trust, next week in New Jersey.

That chase for playoff berths is a key subplot every year at Sedgefield, home of the bubble players' last chance to make the postseason field and earn their tour cards for 2020, if they don't already have them.

Everyone from No. 103 to No. 137 is here, and in the Wyndham's dozen years as the final pre-playoff event, an average of 2.7 players have played their way into the postseason.

Garnett, who at No. 121 is the very definition of a bubble player, put himself in good shape by opening the tournament with consecutive 64s, closing the second one with birdies on three of his final five holes.

The pack of seven players two strokes back included two others on the playoff bubble: Patton Kizzire, a two-time winner last year who is at No. 129 on the points list, shot a 64 that included consecutive eagles on Nos. 5 and 6. And Josh Teater, at No. 165, kept himself in contention with a 65 highlighted by five birdies - and a bogey - in a seven-hole stretch.

The other storyline is the top players' pursuit of spots in the top 10 and the Wyndham Rewards bonus money that accompanies those finishes. Nine players started this tournament with a shot at some of that cash, and at the midpoint, two of them - Simpson and Paul Casey - are in position to claim it.

''I've got a really good plan for this golf course, a really good strategy, and ... as long as we don't get too much crazy weather coming in, going to try to execute that plan as I did the last two days,'' Casey said. ''Hopefully, get the speed of the putts a little bit better and make a few more birdies, and then try and figure out what everybody else is doing and attack on the last nine if I need to and try and win this thing.''