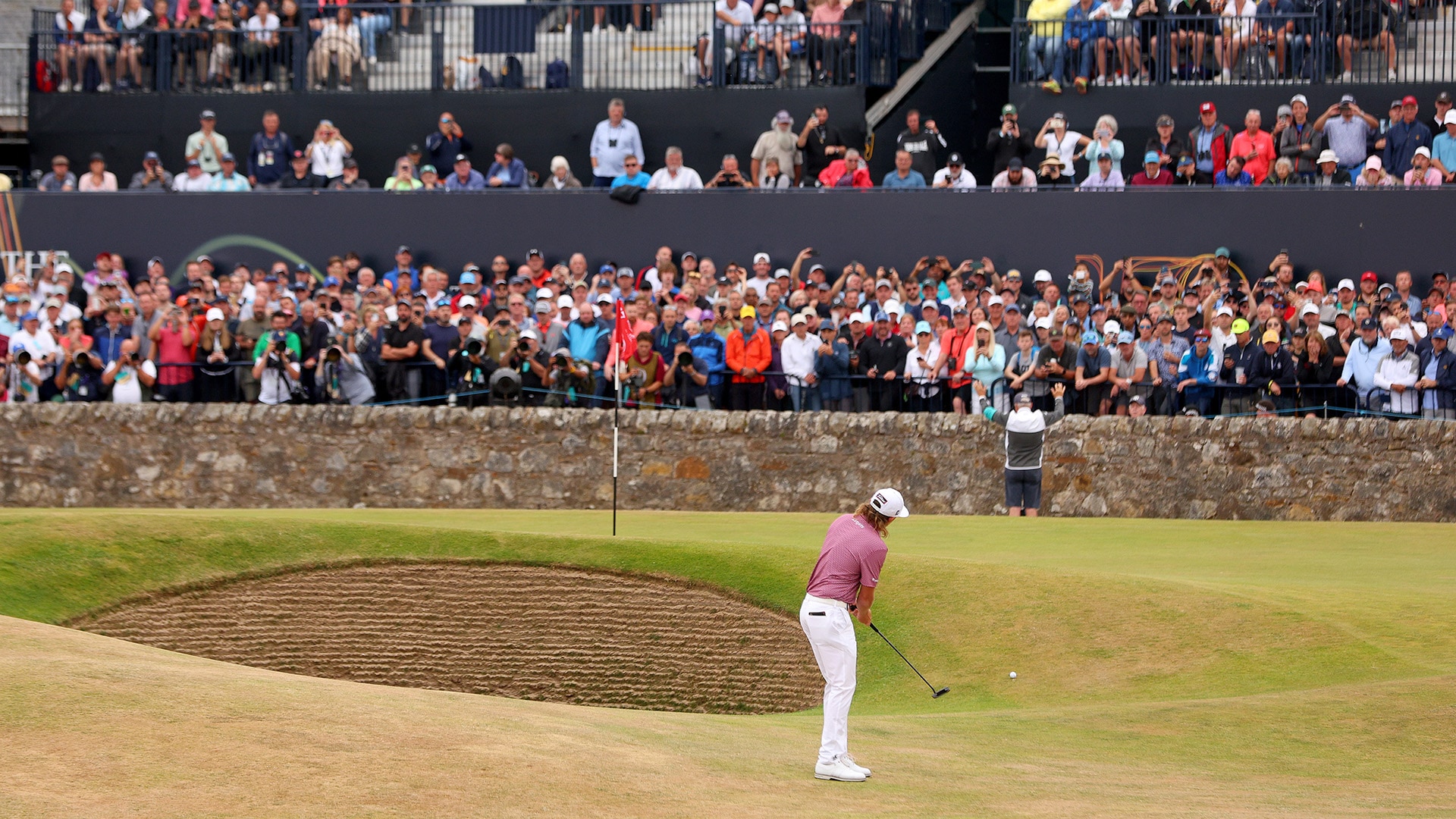 He said he doesn’t focus too much on lag putting, more so on rolling in 10- and 15-footers.

“I practice with a mirror for probably 20 minutes a day, and to be honest, that's about it,” he said.

Whatever practice the Aussie does paid off perfectly in the most crucial of moments Sunday at the 150th Open Championship. Displaying skill in both lag and mid-range putting, Smith authored the signature moment of his major triumph at the par-4 17th.

After a perfect drive and a poor approach shot, and leading Rory McIlroy by a stroke, Smith was faced with a third shot that required him to go over or around the Road Hole bunker.

“He had to be very decisive with that one, because if you are wondering about if the play he's making is correct, I think it's a really hard one,” said playing partner Cameron Young.

Smith opted for the roundabout and putted from 21 yards away. His ball navigated the winding terrain perfectly, avoiding a path to the bunker and finishing hole high, 10 feet away. From there, he made the par save.

“I was just trying to get it inside 15 feet, and the putter felt really good all day,” Smith said. “I knew if I could get it somewhere in there, that I'd be able to give it a pretty good run. Yeah, managed to get away with a 4 there.”

Said Young, who finished solo second, one shot back of Smith, “I think it's just another example of why he's one of the very best. He made a really good decision and executed it perfectly.”

Saturday evening, Smith spoke to the media following a day in which he made only 50 feet of putts in shooting 1-over 73.

“I love making birdies. I love making putts,” he said after Round 3. “That's what I need to go out there and do tomorrow … just try and make a ton of birdies.”

If eight is a ton, then Smith accomplished his goal. He was flawless in shooting 8-under 64. Beginning the day four shots off the lead, The Players and now Open champion made five consecutive birdies on the inward half, coming home in 6-under 30.

“Yeah, I don't think I hit the ball any differently all four days, to be honest,” he said.

“The only difference today was the putts were dropping. I spent a little bit of time on the green yesterday night, last night, and just really wanted to see a few putts go in. Yeah, it turned out it was a pretty good thing to do.” 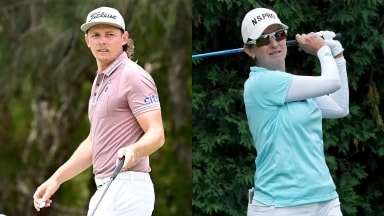 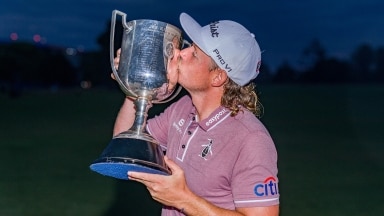