Champ in contention at Safeway, but his heart back home with grandpa 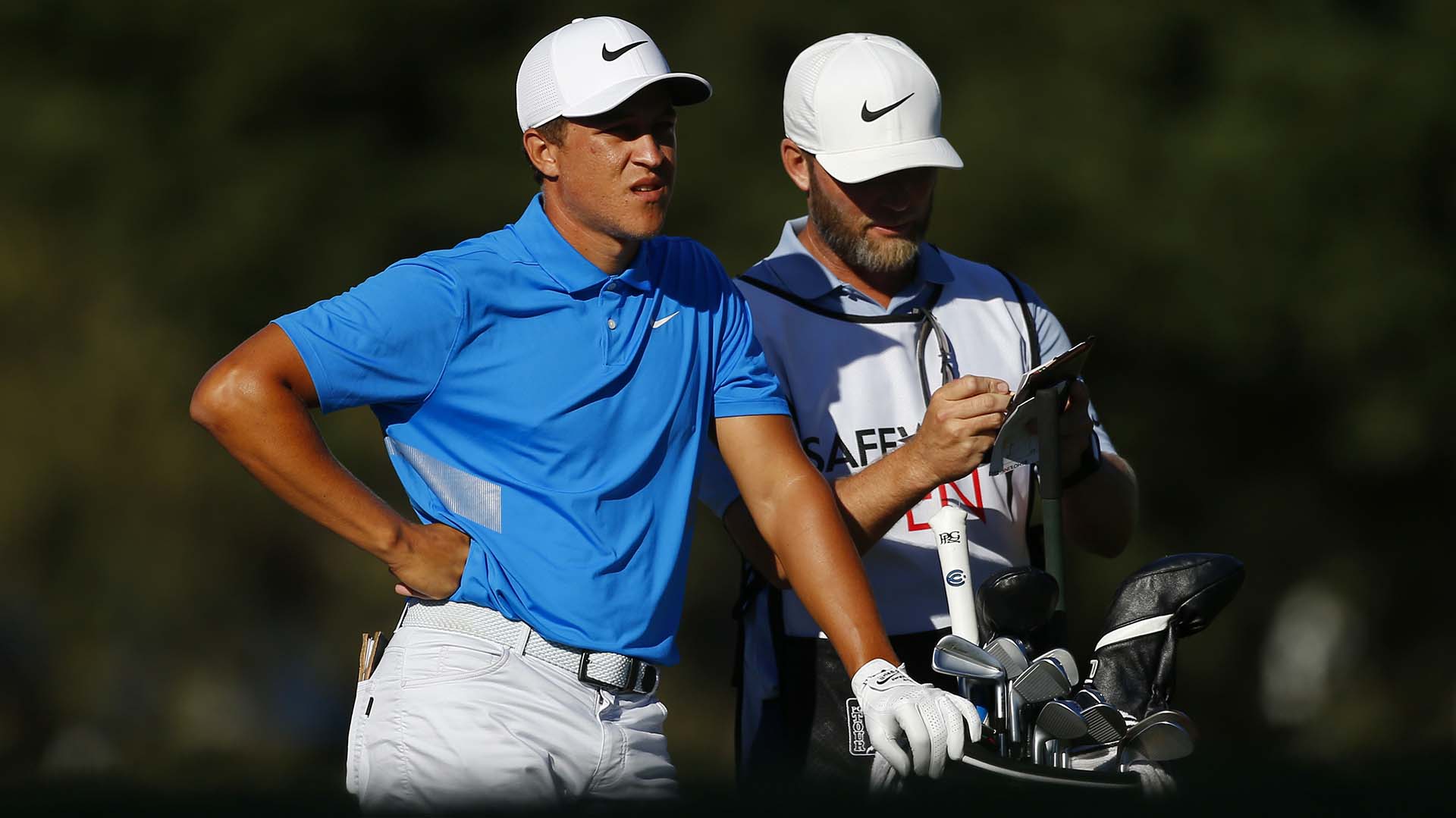 Champ strolled the fairways Friday in a pair of white Nikes, having written across the bottom “POPS Champ” with a marker. The inscription is an ode to his grandfather, Mack, who taught him the game at a young age and is currently in hospice while battling terminal, Stage IV stomach cancer.

The quick deterioration of the illness has thrown Champ’s schedule upside down this week in Napa, which sits about an hour away from his hometown of Sacramento. Rather than stay on-site early in the week at Silverado Resort and Spa, Champ skipped Wednesday’s pro-am and has opted to make the commute each day in order to maximize his time with family. He’ll stay on-site Friday night but remains undecided about his plans for Saturday.

“We didn’t know how severe the cancer was. About 10 days ago, he wanted to go to hospice, so that’s what he wanted,” Champ said. “He hasn’t eaten in 2-3 weeks. Basically from there, it’s just timing. We just want to make him as comfortable as possible and just spend as much time with him as we can.”

Champ has used the situation to fuel a run into contention at Silverado, where he sits in a tie for third after rounds of 67-68. Known for his prodigious length off the tee, Champ has birdied seven of the eight par-5s this week and trails leader Bryson DeChambeau by three shots heading into the weekend.

Mack Champ, a 78-year-old Vietnam veteran, battled racial discrimination to learn the game in Texas in the 1940s and 50s. He passed that knowledge on to Cameron, who began hitting balls in his grandfather’s backyard at age 2 and last fall earned his first PGA Tour victory at the Sanderson Farms Championship. Live From the U.S. Open

Steve Burkowski reports on the special relationship amateur Cameron Champ and his grandfather Mack share on and off the golf course.

Champ’s rookie season didn’t pan out as he had hoped following that breakthrough triumph, with just one top-25 finish since early January. But he picked up some life lessons along the way that he’s planning to put to use this week as he keeps part of his energy and thoughts with his grandfather a few miles away.

“There’s a lot that goes on behind the scenes with a lot of us. But I think it just frees me up to realize that there’s a lot more to life than golf. It’s just golf,” Champ said. “I think last year I put way too much pressure on myself with that, thinking that it defines me or that if I shoot this, people will think that. But it really doesn’t matter. I think with this experience, I have a better outlook on things.”