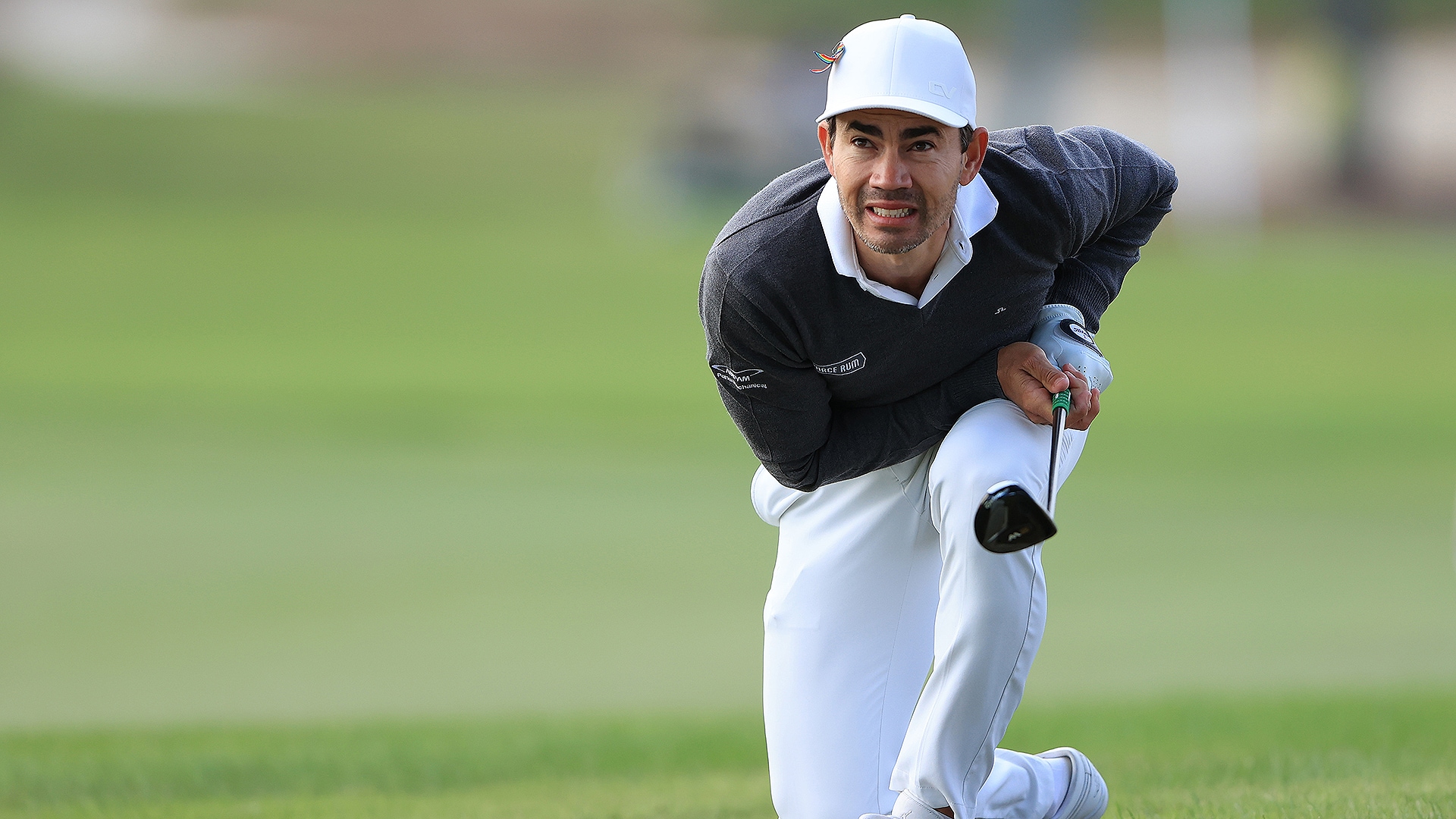 ST. SIMONS ISLAND, Ga. – Moving on from a devastating summer of losing his child, Camilo Villegas made a 10-foot birdie putt on his final hole Thursday for a 6-under 64 and a share of the lead with Matt Wallace in the RSM Classic.

Villegas and Wallace each finished on the Seaside Course at Sea Island with big putts. Villegas capped off a bogey-free round on the ninth hole for his lowest score on the PGA Tour in four years. Wallace hit into a hazard on the 18th and saved par with a 30-foot putt.

They were a shot ahead of eight players, a group that included Sea Island resident Patton Kizzire and Robert Streb, who won his only PGA Tour title at Sea Island five years ago. They each had 5-under 67 on the Plantation Course, which played about three-quarters of a shot harder.

Villegas was trying to return from a shoulder injury that kept him out all of 2019 when he and wife learned early this year their 2-year-old daughter, Mia, had tumors developing on her brain and spine. She was going through chemotherapy when she died in July.

He’s trying to move on and hang on to memories, and he had one immediately while warming up with his brother, Manny, working as his caddie.

“Got on the range and see a little rainbow out there. I start thinking about Mia and said, ‘Hey, let’s have a good one.’ Nice to have Manny on the bag and yes, it was a good ball-striking round, it was a great putting round. I was pretty free all day.”

Villegas, a 38-year-old from Colombia, is a four-time winner on the PGA Tour, including the last two FedExCup playoff events in 2008. He has missed the cut in three of his five events of the new PGA Tour season, which began a little more than a month after his daughter died.

“I love playing golf, I love doing what I do. The game of golf has been great to me,” he said. “I happened to have a shoulder injury there for the last couple years that kind of set me back a bit, but I’m excited. I think things are rolling the right way and obviously if I keep doing what I did today, it should be fine.”

Wallace tied for 46th last week at the Masters, and then learned on his way to Sea Island about three hours away that his caddie, Dave McNeilly, tested positive for the coronavirus. Wallace tested negative, but he was in need of a caddie. With two courses in the rotation he didn’t know, he decided on a local caddie named Jeffrey Cammon.

“He’s really chill,” said Wallace, who can run the opposite side of that temperament. “He said, ‘What do you want me to say?’ That was the first question. I was like, ‘Listen, mate, I don’t need anything. I’ll ask you a question and you answer it just with pure facts of what you think.’ It worked well today.”

Wallace has slipped in and out of the top 50 in the world in recent months, and with the year winding down, returning into the top 50 would set him up for a return to the Masters in April.

The weather wasn’t as pleasant as it was at Augusta National, with cooler temperatures, strong wind and heavy clouds. Nearly half the 156-man field was at par or better.

Sungjae Im, a runner-up at the Masters, began his round at Plantation with double bogey and brought it back to even-par 72. Webb Simpson, at No. 6 the highest-ranked player in the field, had a 68 at Seaside. Tyrrell Hatton, the No. 10 player in the world, shot a 69 at Seaside.