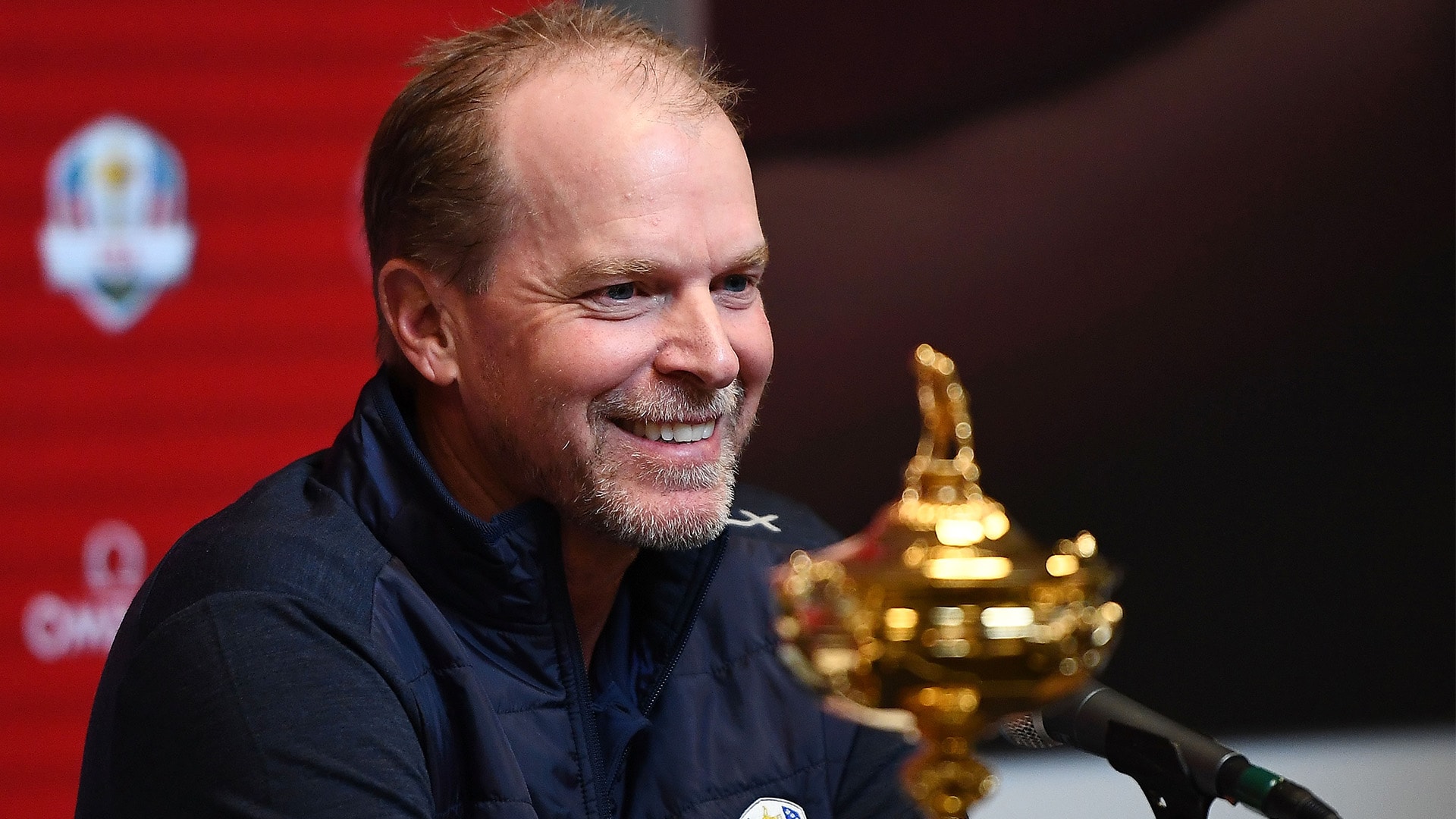 The PGA of America announced Wednesday that it was increasing Stricker’s number of Ryder Cup captain’s picks from four to six.

The move came on the eve of the Charles Schwab Challenge, the PGA Tour’s first event in three months because of the coronavirus pandemic. With 11 Tour events canceled, three majors pushed back to the late summer and fall, and one major canceled altogether, Stricker and Co. will now have more influence in rounding out the Americans’ 12-man roster.

As part of the revised selection criteria, the U.S. points system will now run through the BMW Championship (Aug. 30), with the top six automatically earning a spot on the team – assuming, the PGA said, that “all such events and the 2020 Ryder Cup take place as currently scheduled.”

Stricker would then fill out the rest of the squad a few days later, on either Sept. 2 or 3.

Though the Tour is back in action this week, the fate of the Ryder Cup is still under discussion. Earlier this month Stricker said on a Wisconsin radio show that a final decision on whether the biennial matches would be played – and with or without spectators – would be announced sometime in the next few weeks. European Tour chief executive Keith Pelley confirmed that timetable, as well.

Many of the American and European players have voiced their opposition to playing a Ryder Cup without spectators, with world No. 2 Jon Rahm saying Tuesday at Colonial that “there’s no point” in holding the event if the fans aren’t at Whistling Straits.

Americans have been able to accrue Ryder Cup points beginning at the start of 2019. Currently, the top six players on the points list are, in order: Brooks Koepka, Dustin Johnson, Patrick Reed, Gary Woodland, Xander Schauffele and Webb Simpson. Justin Thomas, Tiger Woods, Tony Finau and Matt Kuchar fill out the rest of the top 10, with Bryson DeChambeau (No. 11), Patrick Cantlay (No. 12) and Rickie Fowler (No. 14) also in the mix.

Finalizing the U.S. roster by early September means that, this calendar year, only one major (PGA) and two World Golf Championship events (Mexico and Memphis) will count toward a player’s point total. The PGA is scheduled for Aug. 6-9 at TPC Harding Park, where the winner will earn two points per $1,000 earned and those who make the cut will receive 1.5 points per $1,000 earned.

Players in regular-season events, continuing with this week’s event at Colonial, will continue to accrue one point per $1,000 earned. No points will be available at opposite-field events.

“With all the various changes to the 2020 schedule, it quickly became apparent that we would need to amend our selection criteria,” Stricker said in a release. “After many deliberate discussions, we collectively agreed that a smaller sampling of 2020 events – including just one major championship – would justify a one-week extension of the qualification window and an increase in the number of captain’s selections from four to six.

“These changes were sparked by circumstance but conceived with integrity in mind. In the end, we believe they will allow us to put our best team together to compete at Whistling Straits in September.”

A year ago, European Ryder Cup captain Padraig Harrington lobbied to have fewer captain’s picks, from four wildcard selections to three. With the European Tour schedule not expected to restart until late July, at the earliest, it’s currently unclear how the team will be finalized. Harrington said previously there’s “no scenario” in which he would choose all 12 players himself.