Casey comes up short (again) to Bubba at Travelers 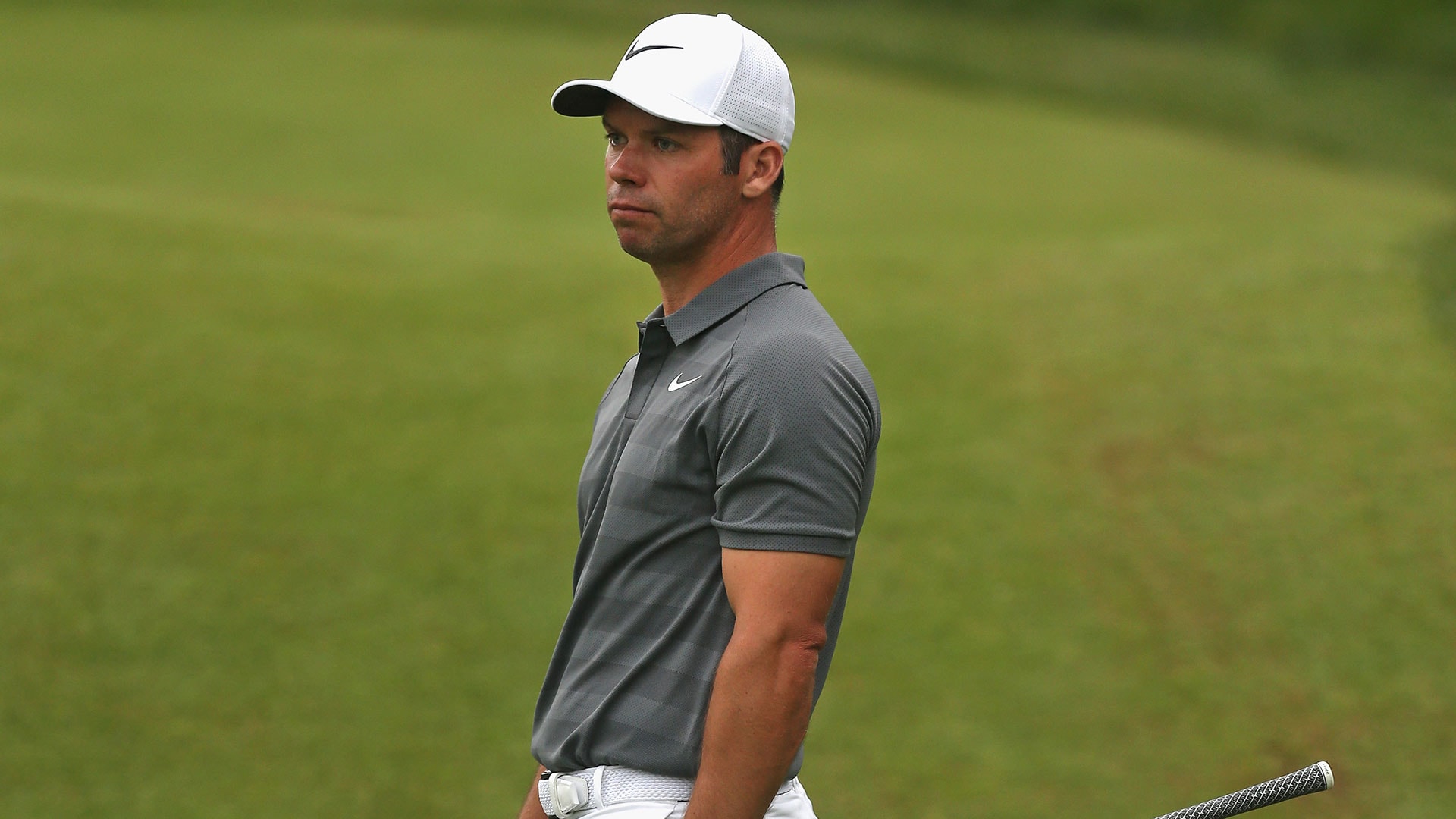 CROMWELL, Conn. – Staked to a four-shot lead entering the final round of the Travelers Championship, Paul Casey watched his opening tee shot bounce off a wooden wall and back into the middle of the fairway, then rolled in a 21-foot birdie putt off the fringe.

At the time, it appeared to be a not-so-subtle indicator that Casey was finally going to get his hands on a trophy that has barely eluded him in the past. Instead it turned out to be the lone highlight of a miserable round that left the Englishman behind only Bubba Watson at TPC River Highlands for the second time in the last four years.

Casey shot the low round of the tournament with a third-round 62 that distanced him from the field, but that opening birdie turned out to be his only one of the day as he stalled out and ultimately finished three shots behind Watson, to whom he lost here in a playoff in 2015.

Casey’s score was 10 shots worse than Saturday, as a 2-over 72 beat only five people among the 73 others to play the final round.

“I mean, I fought as hard as I could, which I’m proud of,” Casey said. “Not many times you put me on a golf course and I only make one birdie. I don’t know. I’d be frustrated with that in last week’s event, but it is what it is.”

Casey led by as many as five after his opening birdie, but he needed to make a 28-foot par save on No. 10 simply to maintain a one-shot edge over a hard-charging Watson. The two men were tied as Casey headed to the 16th tee, but his bogeys on Nos. 16 and 17 combined with a closing birdie from Watson meant the tournament was out of reach before Casey even reached the final tee.

Casey explained that a “bad night of sleep” led to some neck pain that affected his warm-up session but didn’t impact the actual round.

“Just frustrating I didn’t have more,” he said. “Didn’t have a comfortable swing to go out there and do something with.”

Casey won earlier this year at the Valspar Championship to end a PGA Tour victory drought that dated back to 2009, but after being denied a second victory in short succession when he appeared to have one hand on the trophy, he hopes to turn frustration into further success before turning the page to 2019.

“I’m probably even more fired up than I was post-Tampa to get another victory. This is only going to be more fuel,” Casey said. “I’ve got 12 events or something the rest of the year. So ask me again in November, and if I don’t have another victory, then I will be disappointed. This is merely kind of posturing for what could be a very good climax.”