Boutier: Felt like heart was 'going to explode' after support from home crowd 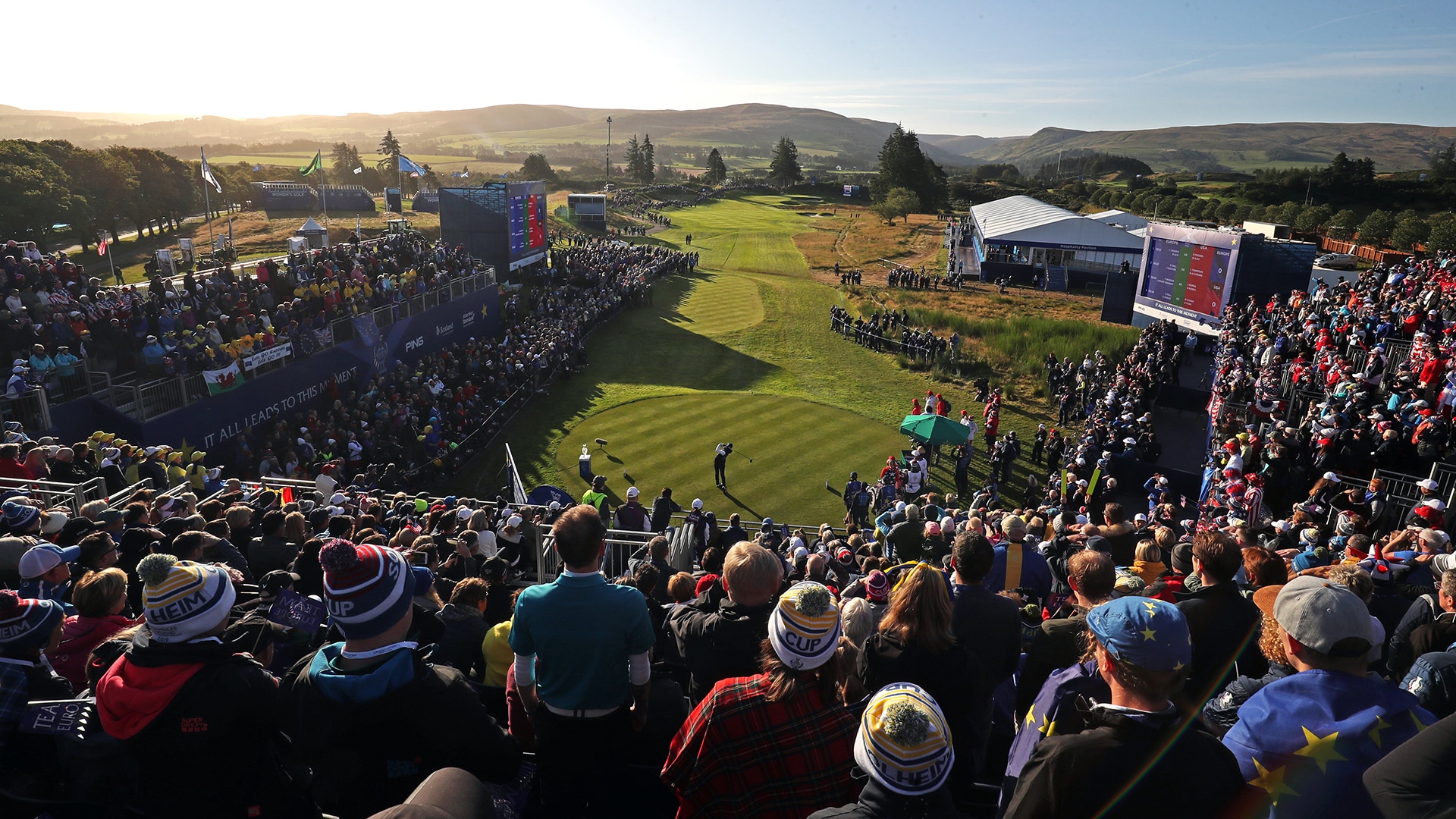 GLENEAGLES, Scotland – Europe’s Georgia Hall and Celine Boutier said they fed off the enormous galleries that turned out Friday at Gleneagles to watch the Solheim Cup.

Hall was on fire with her iron play, teaming with Boutier to defeat Lexi Thompson and Brittany Altomare, 2 and 1. Boutier holed some timely putts in the foursomes (better ball) format.

The European duo took down the world’s highest ranked player in this event, ending world No. 3 Thompson’s brilliant run of undefeated play in the Solheim Cup. It was Thompson’s first loss in Solheim Cup play since 2013, which was her debut in the event. She had gone nine consecutive matches without losing until Friday’s defeat.

The Euros said they really benefitted from the home-field advantage while taking a 2 ½ to  1 ½ lead in the morning session.

“I love being at home in Europe and having all the home crowd behind us,” Boutier said. “It's definitely something special.”

The first tee staging was impressive, dwarfing the setup at European Solheim Cup venues in the past. More than 2,200 fans filled the bleachers there, according to IMG, with three or four times that engulfing the entire length of the first hole, from tee to green.

“I feel like my heart is going to explode,” Boutier said.

Scotland, the birthplace of golf, is showing the Europeans and Americans just how much they love the game this week.

That would be almost double the total turnout for the AIG Women’s British Open, which was played at Woburn just outside London. Hallett estimates more than 60,000 turned out for that.

“The fans are just unbelievable here in Scotland,” said England’s Bronte Law, who teamed with Carlota Ciganda to halve Morgan Pressel and Marina Alex in the opening match.