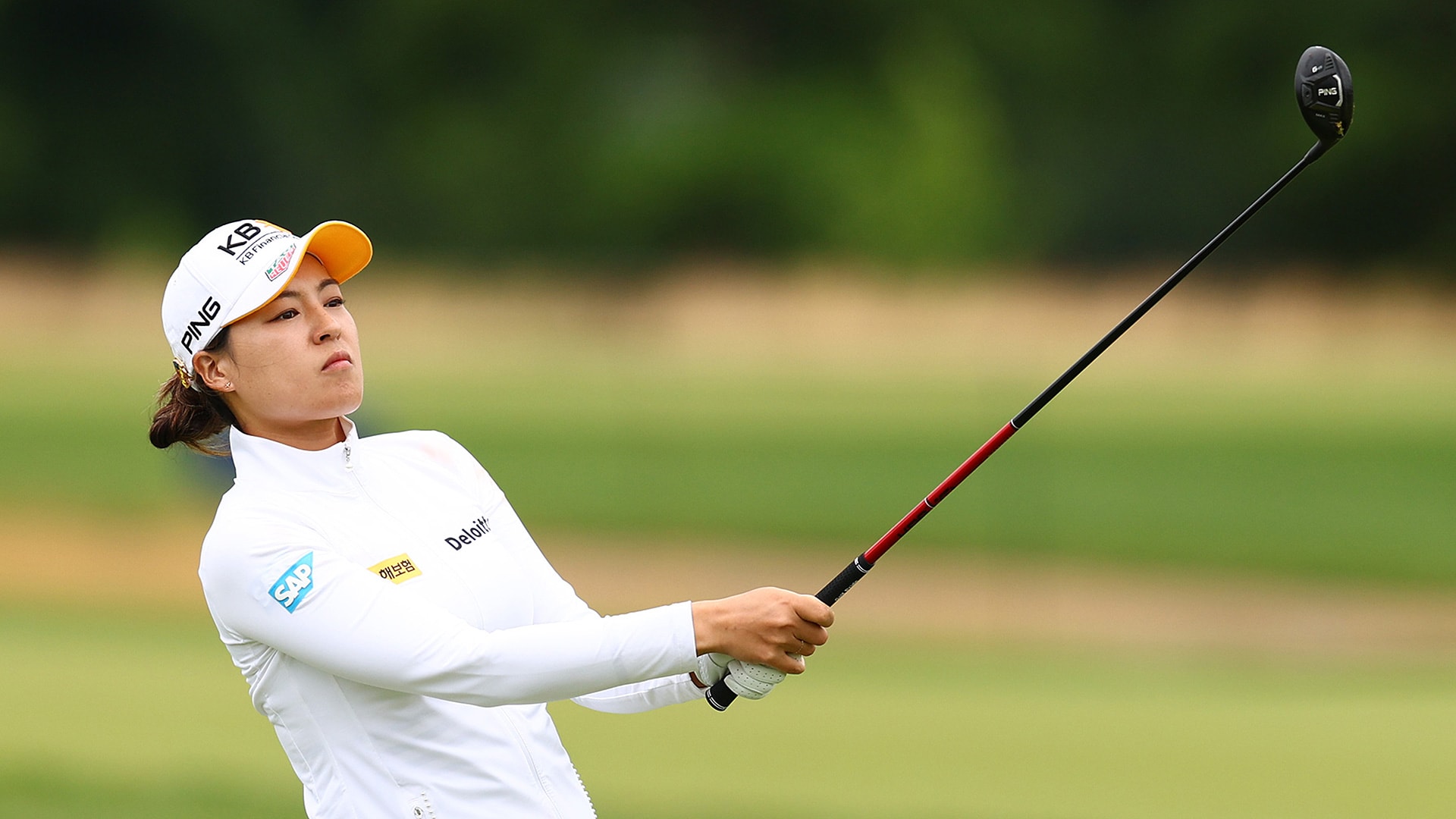 BETHESDA, Md. – In Gee Chun made two critical changes ahead of the season’s third major, which led to her record-tying 64 on Day 1 of the KPMG Women’s PGA Championship.

In May, Chun made a special trip to Congressional Country Club to play a practice round for the first time at the newly redesigned Blue Course. The two-time major champion quickly realized how long and challenging the course would play upon her return for the championship.

“When I played this course before, I thought the course is going to be really hard, and the greens really firm, so I change my club setting a little,” Chun told GolfChannel.com on Thursday about her practice round last month.

Chun explained that before arriving this week, she removed a hybrid and added a 7-wood and 9-wood to her bag. Chun is not one of the longer hitters on the LPGA Tour, currently ranked No. 117 in driving distance, and she knew she’d need some extra length in order to have a chance of capturing her first major since 2016. Thursday, the course played more than 6,800 yards and received more than two inches of overnight rain, which decreased rollout. Chun credited her club change for the nine birdies she made in Round 1.

“It works really well and that’s how I made a lot of birdies with my woods today,” Chun said.

Chun made another important change the week prior to the KPMG Women’s PGA. With one top-10 on tour this year, and winless since 2018, Chun told GolfChannel.com she had a critical discussion with her coach, Dr. Won Park, about the pressure she was putting on herself while on the golf course.

“Sometimes I couldn't breathe because of all the pressure,” Chun said. “We not think about the result on the course, then all the results will come to you. I believe what [my coach] said and try to make more focus and try to enjoy more on the course.”

When Chun made her lone bogey of the round at the par 4 first, her 10th hole of the day, she says it tested her resolve. When her par putt slid by, she says she simply told herself that she hit a good putt and focused on making sure she hit her next putt well.

A lighthearted and easy-going Chun matched the lowest round in the championship's history on Thursday. Over the next three days, she’ll be chasing her own history as she already owns the record for the lowest winning total in a major championship, male or female, which she set at the 2016 Amundi Evian Championship with a 21-under-par total. 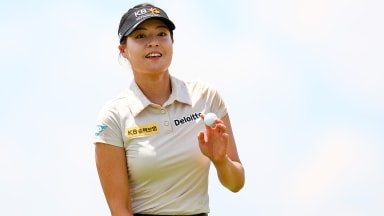 In Gee Chun shot a 3-over 75 on Saturday to drop to a three-stroke lead heading into the final round of the Women’s PGA Championship. 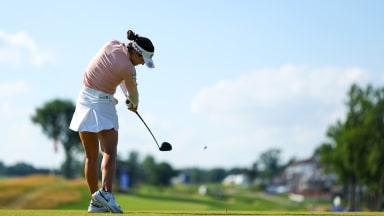 After another sparkling start, In Gee Chun finally hit a wayward tee shot - into the thick rough on the eighth hole at Congressional Country Club.