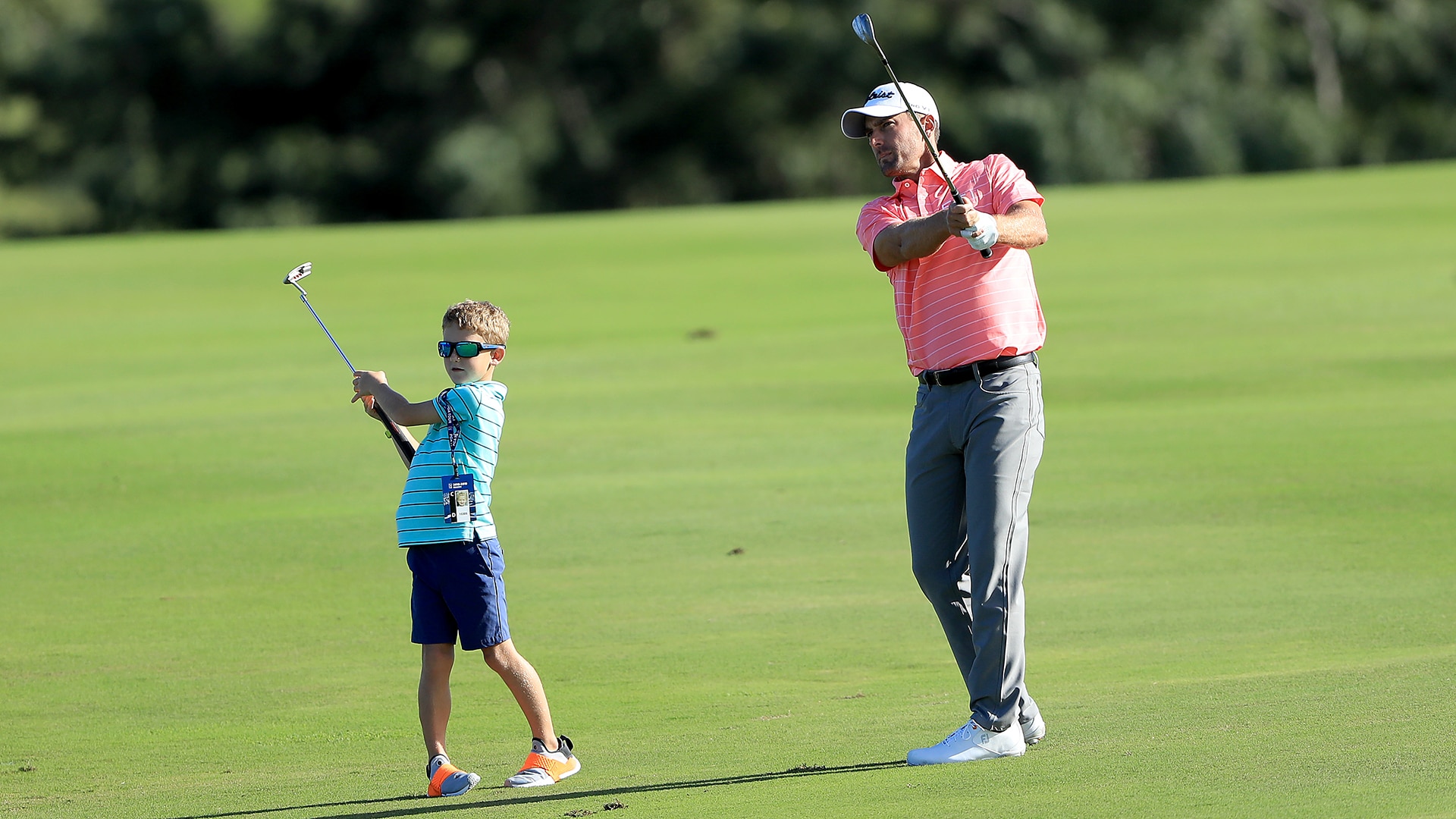 Unlike many of his peers, Charles Howell III often finds himself watching golf on television during his off weeks.

“Probably too much,” Howell admitted.

Last week was one of those instances, though as Howell explained Wednesday during his pre-tournament news conference at the Sony Open, he had a good excuse.

“My son now is big into golf and he loves it, so like he has his favorites and the guys that he really likes,” Howell said of his 8-year-old son, Chase. “Justin Thomas is his clear favorite. Not even close. Like watching last week (when Thomas won the Sentry Tournament of Champions), like me seeing golf through his eyes watching Justin in the playoff and rooting him on and all that kind of stuff, it's kind of reinvigorated my golf career a little bit.”

Howell said Chase, who achieved some social-media fame for his emotional reaction to his dad’s 2018 RSM Classic victory, is already a good player, and the two play every day when Howell is home.

Chase’s best score is 2 over through nine holes.

“He gets it around the golf course and he loves it,” Howell said. “I mean, as they say, apple trees make apples, I guess. Poor kid.”

If Chase can one day enjoy a similar career as his dad, he’d have done pretty well. Howell, in his 20th consecutive season on the PGA Tour, hasn’t won much (just three times) but has been a model of consistency with 95 top-10s and nearly $40 million in career earnings.

“I know how difficult it is ... I've had good friends of mine lose their card. It hurts watching guys go through that, so no, I don’t take that for granted at all,” Howell said. “These are the top 125 golfers in the world … and you have to continually show that and produce that every single year, and it's not easy. I mean, we always go towards wins, which you totally understand why, but maintaining a job and keeping a job out here with the travel and the stresses and everything else that goes along with it is still a very impressive feat.”

When Howell was a standout at Oklahoma State, his coach (and now the Cowboys’ athletic director), Mike Holder, told him, “If you love the game as much when you leave here as you did when you're coming in, then I've done my job.”

Howell did, and 20 years after turning pro, the same is true for the now-40-year-old.

“I still love the game and I still love practicing,” Howell said. “It was always about loving the good and the bad and the ups and the downs. We all know this game is very cyclical and crazy. … If I can stay healthy, I would love to keep playing and competing because I do enjoy it.”

His boy now has a lot to do with that. The last time Justin Thomas won the Tournament of Champions, back in 2017, he followed it up with this first-round 59 at the Sony. 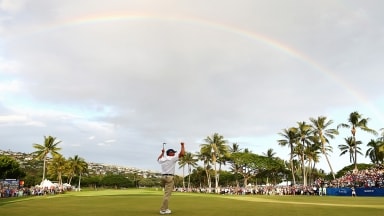 As Matt Kuchar secured his 9th PGA Tour win, and second in his last three starts, a rainbow formed over the 18th green at Waialae Country Club, creating a "special kind of magical moment."