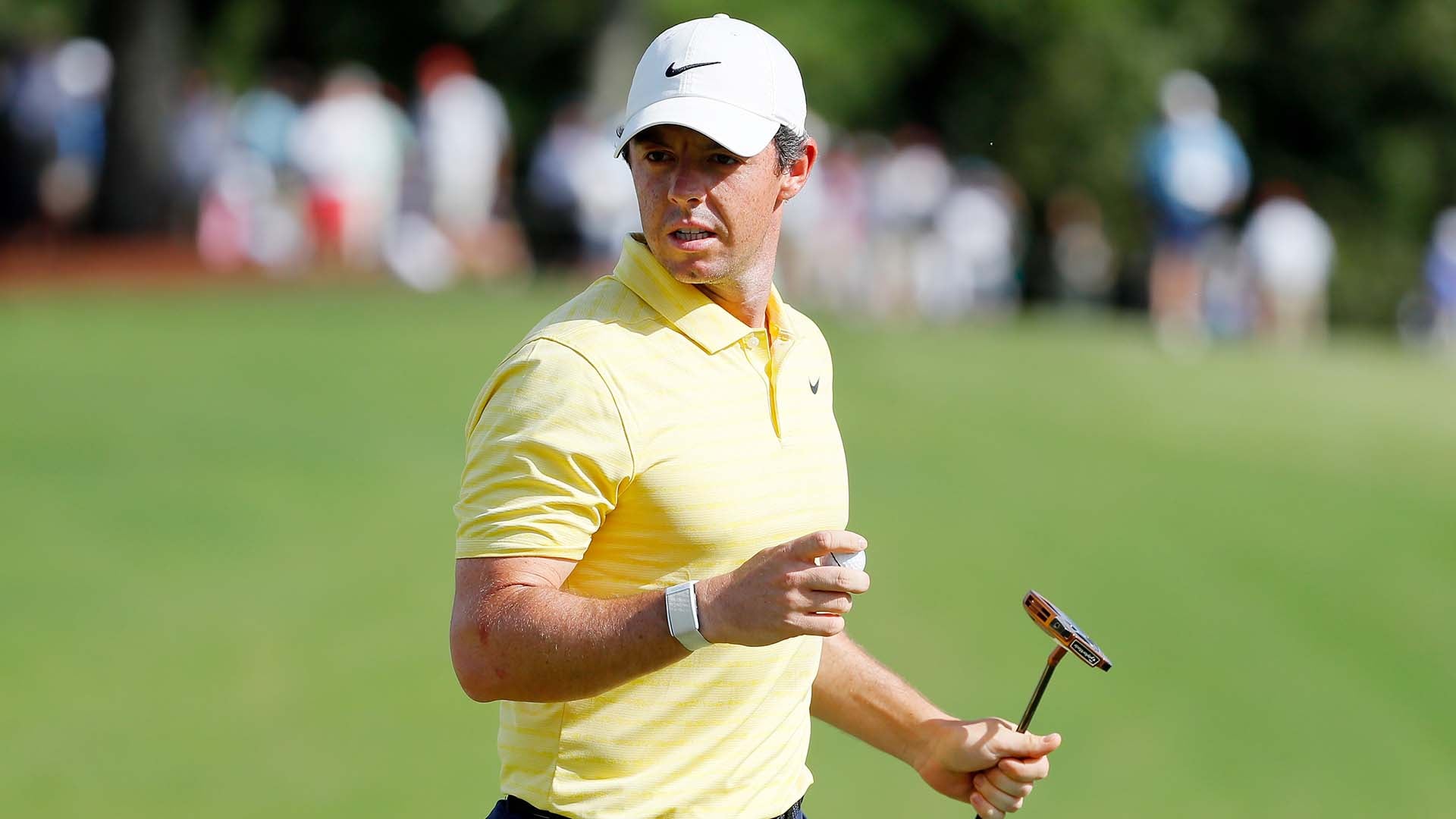 ATLANTA – No one knew exactly what to expect Thursday at the Tour Championship with the new strokes-based scoring. But for most players, it only took a few holes for things to feel normal.

“I feel like I shot one worse than I did yesterday,” joked Rory McIlroy, who carded an opening 4-under 66 and is one off the lead after starting the week at 5 under, five behind points leader Justin Thomas.

Five under? Yes, with the new staggered start, Thomas began the first round at 10 under. The next four players on the points list started at 8 under through 5 under, respectively, while Nos. 6-10 started at 4 under, with the total regressing by one stroke every five players. Those ranked 26th through 30th started at even par.

While players had said it would likely take some time to become comfortable with the new format, the leaderboard quickly evolved into something familiar to them.

“It's 72 holes of golf,” McIlroy said. “Obviously, the start is staggered a little bit, but it didn't feel that much different, to be honest with you, which I guess is a good thing.”

Charles Howell III, who opened in 68 and is eight off the lead shared by Thomas, Brooks Koepka and Xander Schauffele at 10 under, agreed.

“As the day went on and the scores started shuffling around, it felt more like a normal event,” Howell said.

If anything, the format kept players on their toes Thursday as Thomas' lead shrunk and eventually disappeared.

While Howell said it was best to withhold judgement on the new format until after Sunday’s final round, he did see how the new system, which removes the confusing points-based scoring for a winner-take-all format, may not sit too well with the points leaders.

“If I were a guy at the top, if I were Justin Thomas, I would be more upset than me in my position,” Howell said. “Justin's played phenomenal golf and has done what he's done, and he could theoretically fall quite a bit, and I could move up, and he's played better than I have.”