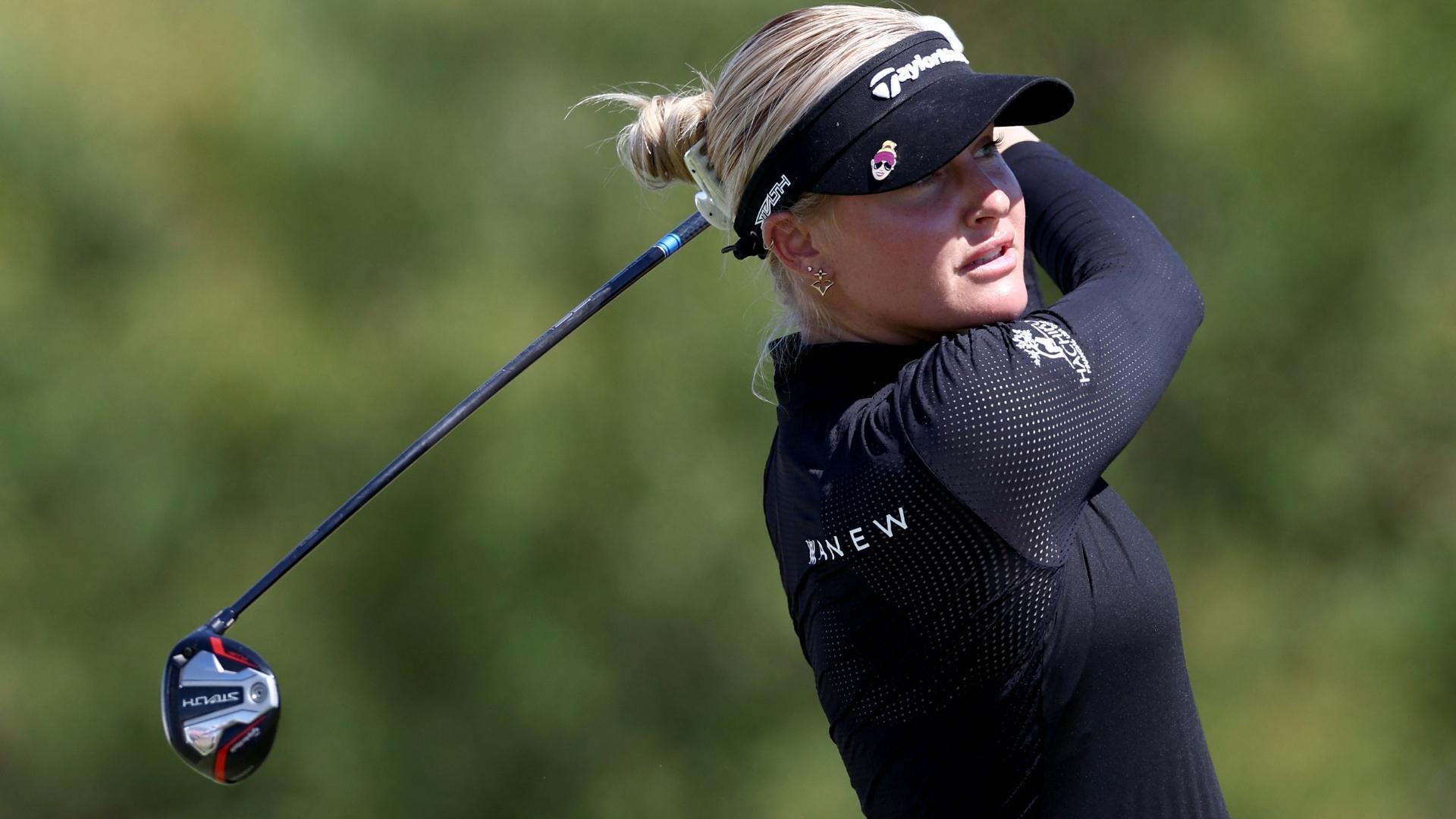 THE COLONY, Texas — Charley Hull has forced herself to work a little harder on the putting, and she saw it pay off Friday with eight birdies in her round of 7-under 64 to take the early 36-hole lead in The Ascendant LPGA.

Hull seized control with four birdies in a six-hole stretch around the turn and led by two shots over Xiyu “Janet” Lin (68) and Atthaya Thitikul of Thailand, whose eagle-birdie finish gave her a 67.

Thitikul can go to No. 1 in the women’s world ranking if she wins for the second-straight week on the LPGA Tour.

Full-field scores from The Ascendant LPGA benefitting Volunteers of America

They played in the morning and caught the better side of the wave at Old American Golf Club with moderate wind. The course remained bouncy, however, making it difficult to take on the pins.

Hull, a 26-year-old from England, managed just fine and relied on her putting. That’s what she least likes to practice at home, instead preferring to improve through playing as many as 36 holes a day.

“I just feel like the putter was very strong today,” Hull said. “When I was home, I was working quite hard on my putting because I felt like that’s the boringest part of the game to practice. I don’t practice it as much as I should, so I’ve been doing like two hours each day and just trying to fix it.”

She started on the back nine, and a birdie on the par-5 17th sent her on her way to three birdies on the opening four holes of the front nine. Hull finished with two birdies and was at 11-under 131.

“I actually can’t really remember much of my round because I was so focused. I didn’t know what my score was when I was coming in,” Hull said.

A five-time Solheim Cup player, Hull is nearly six years removed from her lone LPGA Tour win at the CME Group Championship. She also has three Ladies European Tour wins, the most recent last fall in the Aramco Team Series in New York.

Thitikul won last week in Arkansas and, at age 19, can replace Jin Young Ko at No. 1 in the world by winning. She likely will be no worse than No. 2 after this week if she finishes ahead of Nelly Korda, who opened with a 75. Korda played in the afternoon, and her first order of business was to make the cut.

Thitikul has made no secret that Old American doesn’t suit her game. She told her team around her at the start of the week she didn’t have many expectations.

That could be what’s helping the Thai teen, who is trying to think less and react to shots. She overcame a double bogey on the par-4 ninth hole and put herself in great position for the weekend with a 40-foot eagle putt on the 17th, followed by a closing birdie.

“When I started, like before first round, I just told myself and my manager, my caddie, that make the cut is good enough for me here on this course,” Thitikul said. “It’s challenging for me. I think’s it’s so different from last week. It’s dry and it’s run-out pretty much, and it’s so many bunkers.

“I don’t think too much on the course. That’s why I can play well these two days.”

Lin led by one after the first round and birdied two of the par 5s.

Lindy Duncan had a 65 and was three shots behind. Lexi Thompson also played in the morning but could only manage a 70, leaving her six shots behind as the American tries to end more than three years without winning on the LPGA. 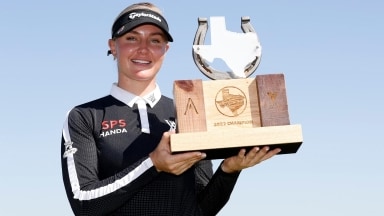 LPGA '22 in review: 4 players who bounced back

Here are some of the most memorable bounce-backs in 2022 by players who hoisted trophies for the first time in years.

Charley Hull put a little extra time into putting practice and it paid off for her in a big way Sunday. 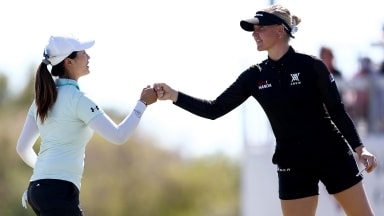