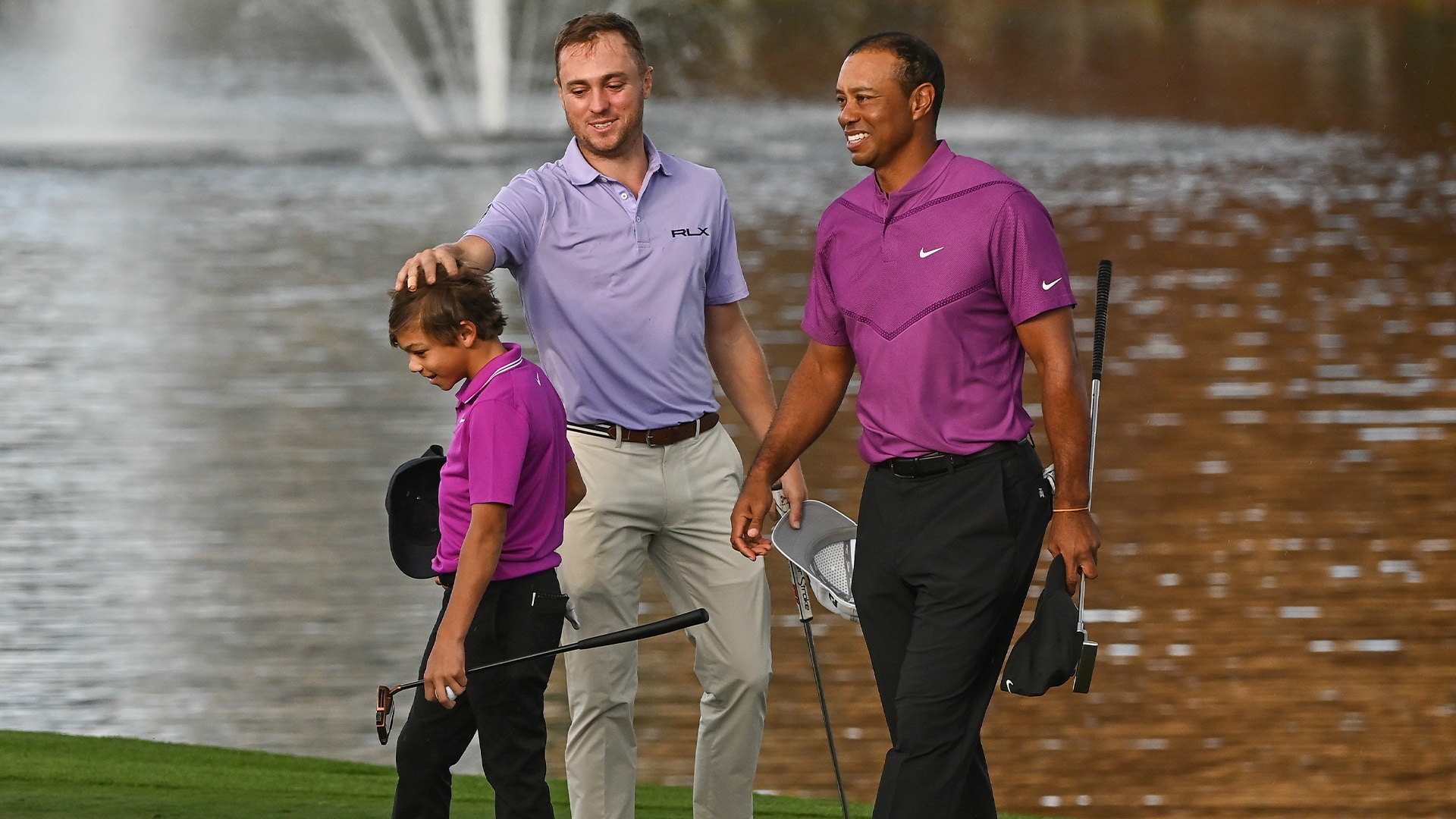 AUGUSTA, Ga. – As armchair sleuths tracked Tiger Woods’ private plane on its way to Augusta National last week and speculated whether the five-time Masters champion would play the year’s first major, he was focused on more personal goals.

Woods played Augusta National last Tuesday with his son, Charlie, and Justin Thomas. It was an encouraging sign for a player who has been sidelined by injury for nearly a year and a half following a devastating car crash in February 2021. But for Woods, it was a once-in-a-lifetime experience.

“It meant a lot to both of us,” Woods said Tuesday. “[Charlie] had a chance to play right before the '20 Masters, and he's grown a lot since then, become a lot better player. It was fun to see the changes in him, and for us as a family to go out here and have Robbie out here and JT, who's like my younger brother and Charlie's older brother, for us to come out here and just play together, we just had a blast.”

Woods, who has limited his preparation to nine-hole practice rounds on Sunday and Monday and only went to the practice range on Tuesday, played 27 holes last Tuesday with Charlie.

“That's why I came up here and tested it out for 27 holes because we played the par-3 course. Charlie couldn't help himself,” Woods smiled.

Woods also said he enjoyed being able to experience the unique challenge of Augusta National with his son.

“Just trying to remind him, these putts break a little more than they do back home. Florida greens are not quite like Augusta,” Woods said. “It was pretty funny, he says, ‘Just outside left?’ I said, ‘No, it's more like 3 feet outside left.’”