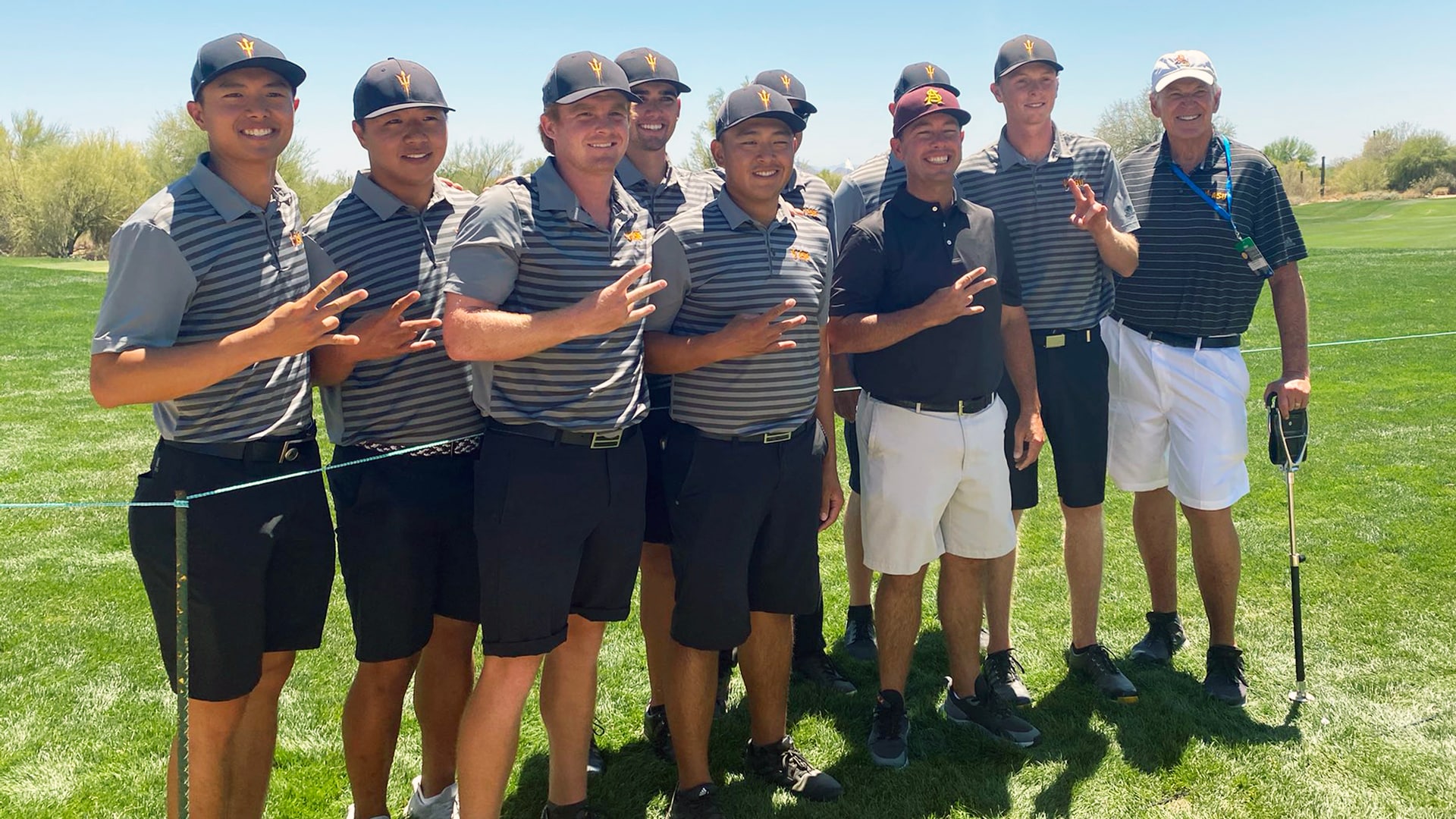 Chez Reavie had a front-row seat.

The PGA Tour winner and former Sun Devil hoofed all 18 holes following senior Kevin Yu, who shot 1-over 71, and then stayed afterward to congratulate the team after a 2-under 278 performance that moved Arizona State further inside the top eight at 2 over.

“It was hard watching them because I wanted to chime in, scream at them and give them help and advice, but it was a great time out there rooting them on,” Reavie said. “It was the first time I’ve really been out and watched golf like that since I was a kid. I can see how parents get all nervous when they’re watching their kids play.”

Reavie, one of two pro Devils watching the action Saturday (top-100 player Chan Kim was the other), competed in three NCAA Championships for the Sun Devils. He tied for fourth at the 2001 NCAA Championship in Durham, North Carolina, and finished solo ninth two years later in Stillwater, Oklahoma. He turned pro in 2004 and six years later returned to school to complete his political science degree. (Chez for Prez?)

He said he was impressed by how today’s college players not only hit the ball but also handle their nerves.

“It’s refreshing and it’s great for me to see because it encourages me to keep working and trying to get better,” Reavie said. “These guys aren’t afraid of it, they’re ready to go make birdies and charge and see what happens.”

No player exemplified that point on Saturday better than Arizona State sophomore Ryggs Johnston, who carded nine birdies and fired a 7-under 63, the round of the tournament so far. He’s just three back of individual leader, Oklahoma State’s Bo Jin, who sits at 8 under after a second-round 65.

“But 63 on this course today under these conditions is a whole new level for him,” Thurmond added. “I think a 68 is a world-class round out here right now, and to shoot 63, other teams and players are going to look at that and say, ‘How is that even possible?’”

Johnston’s recipe for success: pick good lines, make solid contact and hole a bunch of 8- to 12-footers. Having professional winners out supporting doesn’t hurt, either.

“Seeing [Chez and Chan] out here,” Johnston said, “it gives you an energy boost, like, hey, these guys really care about us.” 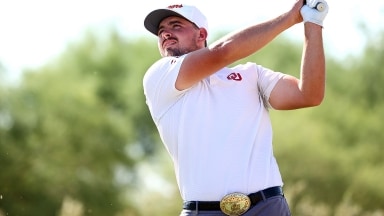