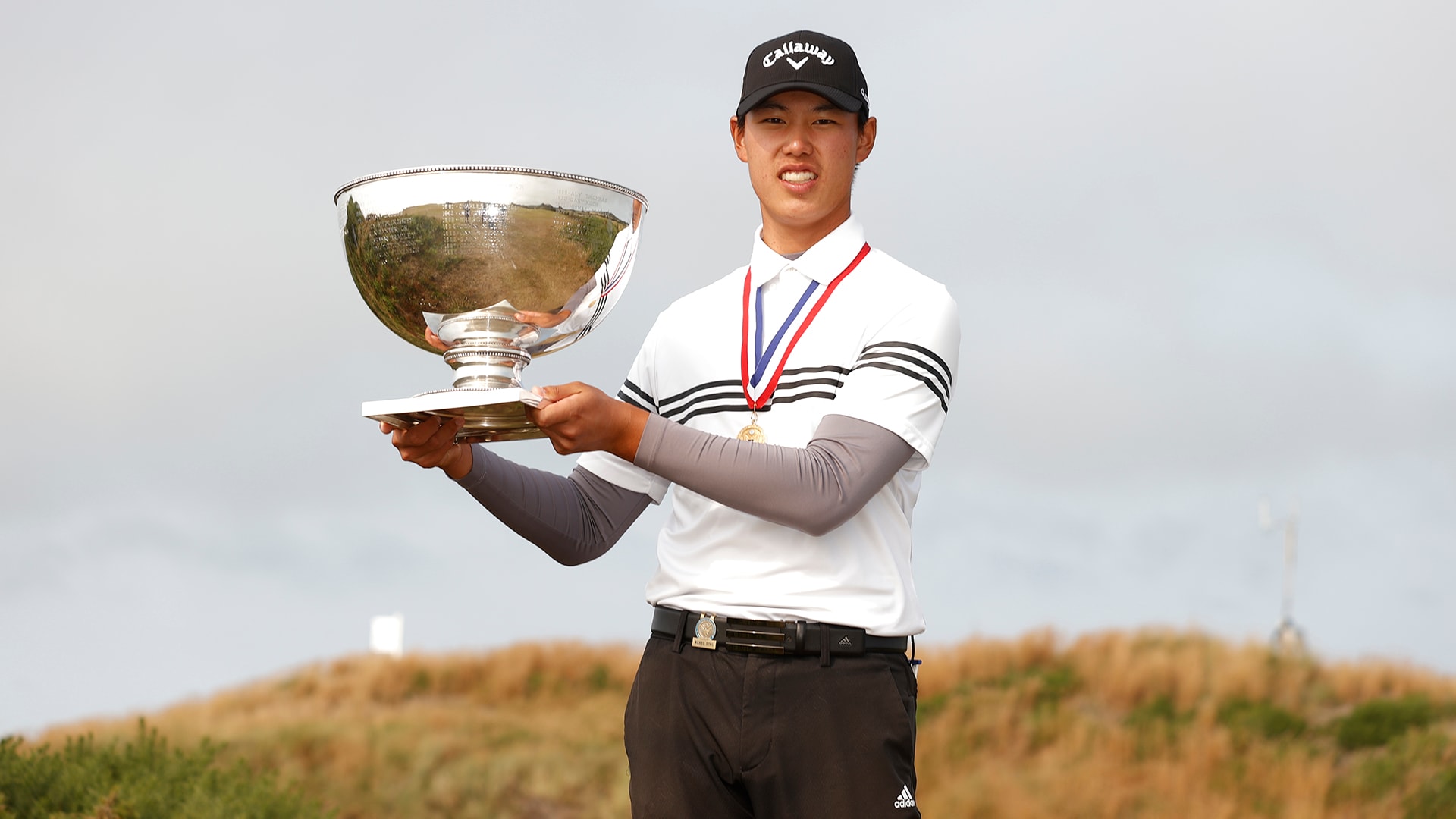 Caleb Surratt entered Saturday’s U.S. Junior Amateur final as arguably the hottest amateur, of any age, in the country.

Then he ran into Wenyi Ding.

The 17-year-old Ding shook off an early deficit to take a commanding 8-up lead with eight holes to play in the scheduled 36-hole final on Bandon Dunes’ namesake course before hanging on to win, 3 and 2, and become the first Chinese male to win a USGA championship.

“He played some really perfect golf to be honest,” Surratt said. “He hit every shot where he needed to for 25 holes. It was just hard to beat. I felt like I was 7 or 8 under on the day for 34 holes and just didn't come close.”

Surratt, with concessions, was 7 under for the match. He carded 12 birdies, including on each of his first three holes of the morning 18 to jump out to a 2-up lead.

The 18-year-old University of Tennessee commit had been on a heater all summer, parlaying notable spring wins at the Junior Invitational at Sage Valley and Terra Cotta Invitational into a run of four top-6s in Elite Amateur Series events (he leads the inaugural points race with only the Western Amateur remaining). He also made the Round of 16 at the North and South Amateur and this week stormed through the bracket at Bandon Dunes.

Surratt didn’t trail for 83 holes until Ding grabbed his first lead of the match after birdieing the par-4 10th hole. By lunch, he had stretched that advantage to 3 up.

Ding had played sparingly in the U.S. prior to this summer, though he is a three-time Chinese Amateur champion and tied for third in the Volvo China Open last year. He is verbally committed to Arizona State and ranked No. 20 in the World Amateur Golf Ranking, one spot behind Surratt.

Ding’s final bout with Surratt is believed to be the first time that the two highest-ranked players in the field, now annually 264 competitors deep, have met in the championship match.

Ding, though, made the second half mostly anti-climactic. The 6-foot-4 teen, a head taller than Surratt, shot 12 under for the match. He played his afternoon front nine in 6 under alone and in the process built a 7-up lead at the final turn.

He got it to an insurmountable 8 up before Surratt rattled off five straight winning holes. Ding took an unplayable after a poor drive at the 29th hole (No. 11). Surratt nearly holed his approach for eagle at the 32nd hole (No. 14). A hole later, Ding couldn’t find the green at the par-3 with his first three shots before conceding the hole.

“My caddie told me, just calm down,” Ding said. “You have the advantage. He is nervous, and he's more nervous than you, so you're going to win.”

Surratt hit a poor pitch at the postcard short par-4 16th and couldn’t get his 25-foot birdie putt to drop. Ding had to only lag an 8-footer close to earn a title-clinching concession.

With the win, Ding accomplished what countryman Bo Jin nearly did in 2019, when the now Oklahoma State player finished runner-up to Preston Summerhays. Ding is also the third player, male or female, to lift a USGA championship trophy, joining Alice Jo and Angelina Ye, who captured the 2014 U.S. Women’s Amateur Public Links and the 2019 U.S. Girls’ Junior, respectively.

“When you're in the finals, you know you've got someone equally up to the task as you,” said Ding’s caddie, Bandon looper Wil Lozano. “I knew it was going to be tough. It felt a little too good to be true going through that front nine. But I knew if he won one hole or even tied one hole [over the last eight holes], we would come out on top. He started feeling a little bit of the pressure, and he'd been telling me for a couple of days that he was tired, he was exhausted. This course takes a toll on everybody who plays it, not to mention what the wind does. I'm just proud of how he persevered.”

Ding had just doused the red-hot Surratt, and now it was time for the tears to start flowing. 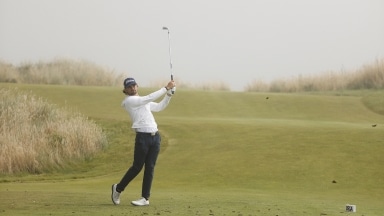 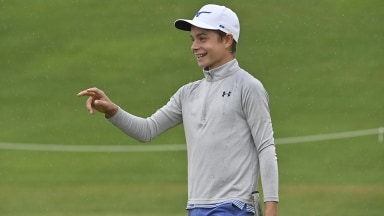 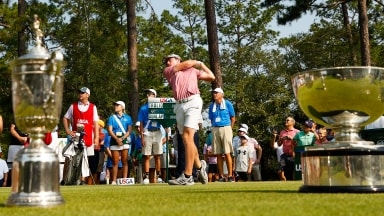