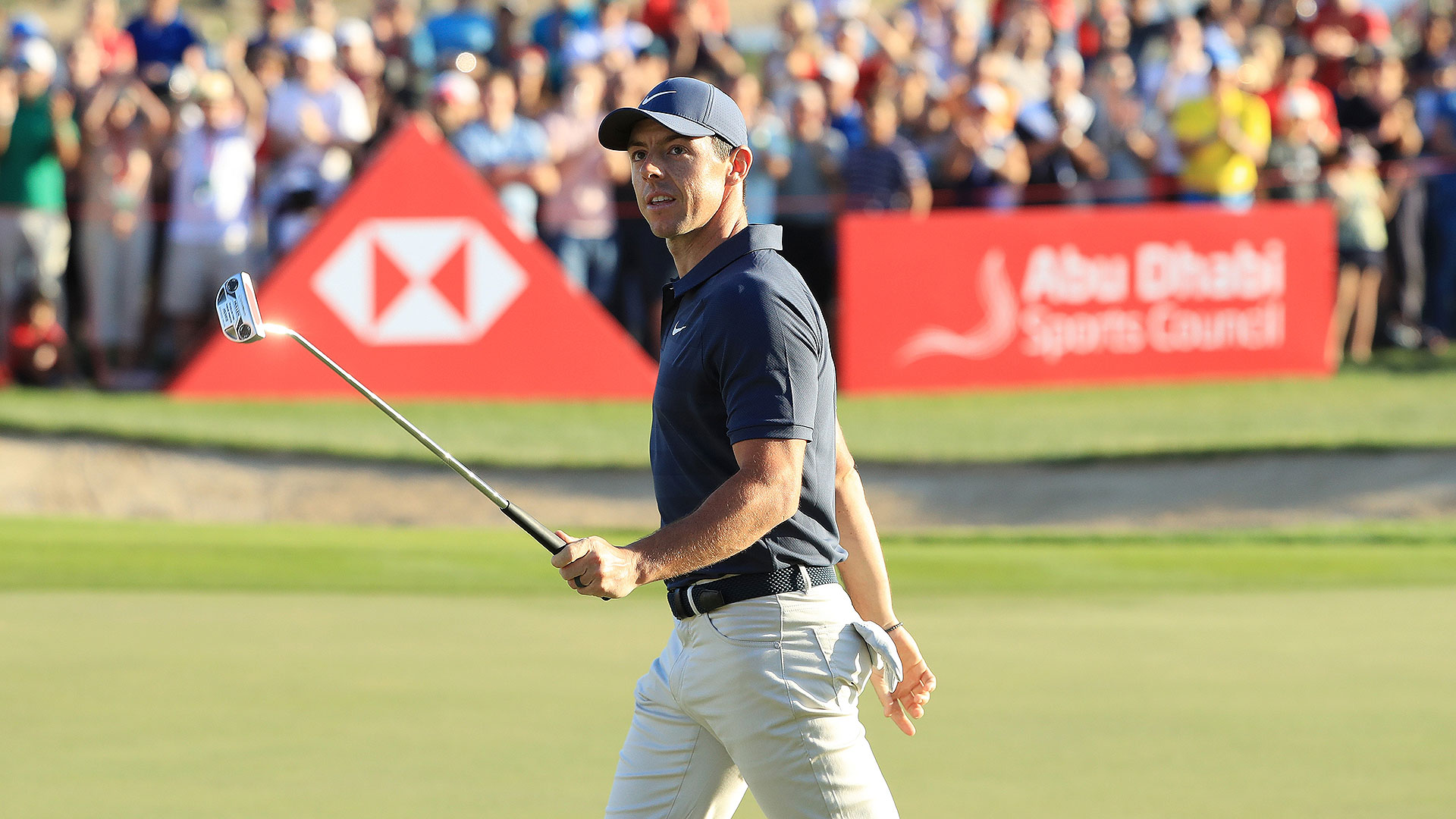 What rust? Rory McIlroy appears to be in midseason form.

Playing competitively for the first time since Oct. 8, McIlroy completed 36 holes without a bogey Friday, closing with an eagle to shoot 6-under 66 to sit just three shots back at the Abu Dhabi HSBC Championship.

“I’m right in the mix after two days and I’m really happy in that position,” he told reporters afterward.

McIlroy took a 3 ½-month break to heal his body, clear his mind and work on his game after his first winless year since 2008, his first full season as a pro.

He's back on track at a familiar playground, Abu Dhabi Golf Club, where he’s racked up eight top-11s (including six top-3s) in his past nine starts there.

McIlroy opened with a 69 Thursday, then gave himself even more chances on Day 2, cruising along at 4 under for the day when he reached the par-5 closing hole. After launching a 249-yard long iron to 25 feet, he poured in the eagle putt to pull within three shots of Thomas Pieters (65).

Despite the layoff, McIlroy edged world No. 1 Dustin Johnson, coming off a blowout victory at Kapalua, by a shot over the first two rounds.

“DJ is definitely the No. 1 player in the world right now, and one of, if not the best, driver of the golf ball," McIlroy said. "To be up there with him over these first two days, it proves to me that I’m doing the right things and gives me a lot of confidence going forward.”