A. Jutanugarn vs. S.H. Park: Race to the CME Globe and beyond 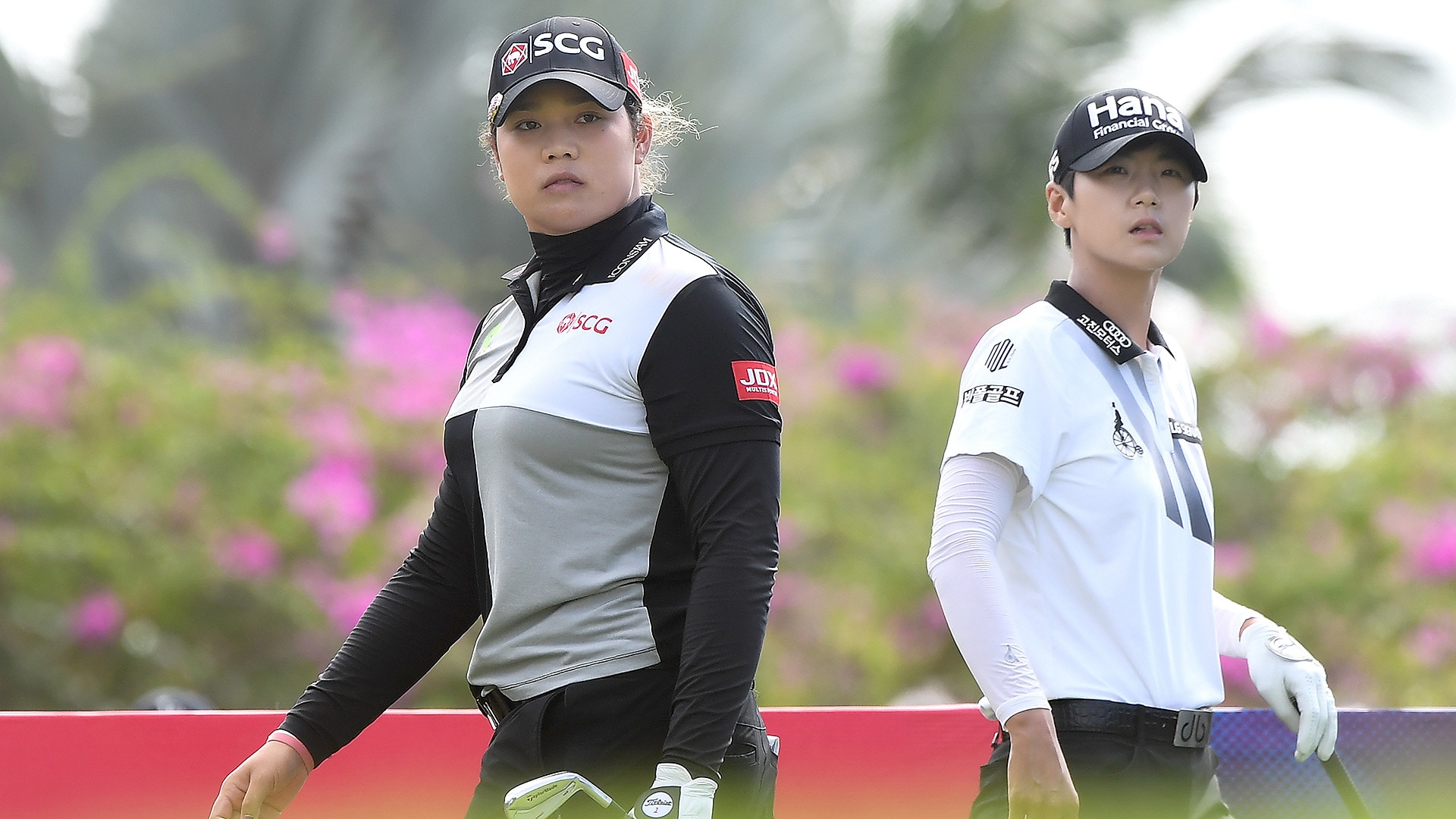 Jutanugarn is in position to sweep every LPGA award and prize up for grabs this week, having already clinched the Rolex Player of the Year Award, the LPGA money title and the Rolex Annika Major Award, while also having a strong grip on the Vare Trophy for low scoring average.

If you’re handicapping Jutanugarn’s challengers, Sung Hyun Park ought to rank at the top of the list:

Park’s three LPGA titles this year equal Jutanugarn as most on tour. If Park adds a fourth this week, she will claim more than the $500,000 first-place tournament check and the $1 million Race to the CME Globe bonus. She will take the Rolex world No. 1 ranking from Jutanugarn.

Those are more than nice consolation prizes.

They would be more evidence these two are separating from the pack together, with the potential to give the LPGA an intriguing rivalry for a long time to come.

These two have been battling for the world No. 1 ranking through the late summer and fall. Jutanugarn had the top spot for three weeks in August, but Park took it from her for 10 weeks, with Jutanugarn taking it back three weeks ago.

They went head-to-head in a singles match at the UL International Crown last month, with Jutanugarn winning, 2 and 1, in front of a massive gallery in Park’s South Korean homeland.

They each won their second major championship title this summer.

As ball-strikers, Park has the slight edge.

Long and straight, Park loves to lash her driver. She ranks sixth on tour in driving distance (270.4 yards per drive). For as long as she is, Park hits a lot of fairways. She’s seventh on tour in total driving.

Jutanugarn may be the most powerful player in the game, but she won’t have a driver in her bag yet again this week. She isn’t as confident with driver as Park is, but Jutanugarn doesn’t really need it. She ranks 13th on tour in driving distance, averaging 266.8 yards per drive while hitting mostly 3-woods and 2-irons. Even gearing down, Jutanugarn doesn’t hit as many fairway as Park, ranking 40th in total driving.

Park’s iron play is a strength. She is sixth on tour hitting greens in regulation (73.9 percent), while Jutanugarn is 31st (71.5 percent).

The biggest difference between these two, however, is on and around the greens.

Jutanugarn has a deft short game, with a velvet putting touch.

“Even stats say that Ariya has a better percentage of putting success,” Park said through a translator when asked to compare her game to Jutanugarn’s. “I think that's something that I need to really keep working on, as a hallmark. I will focus on my putting this winter, off-season as well.”

Jutanugarn is first on tour in putts per greens in regulation. Park is 64th.

Park, however, showed her game fits at Tiburon. She tied for sixth at the Tour Championship last year, her only start in the event.

If this week plays out like this year has, nobody should be surprised to see Park and Jutanugarn dueling in the end for the tournament title, the $1 million CME Globe bonus and the No. 1 world ranking. 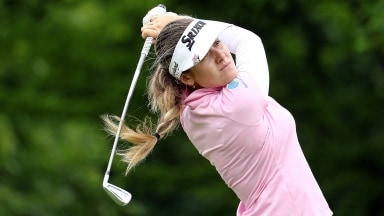 Green leads A. Jutanugarn by 1 at Women's PGA

Hannah Green has a one-shot lead going into the final round of the KPMG Women's PGA Championship and fresh evidence that going after her first LPGA Tour victory at a major won't be easy.