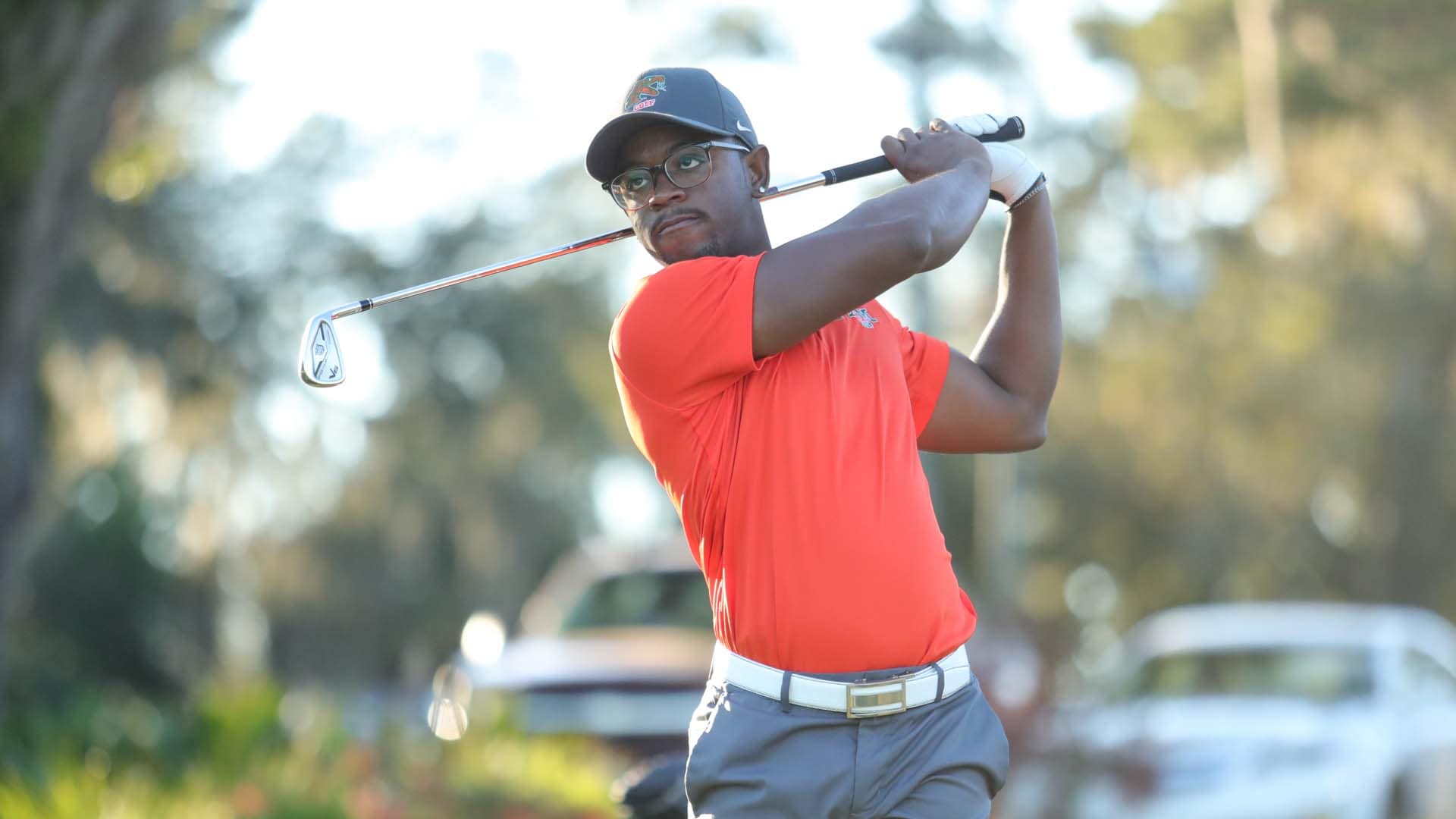 During the college golf season, GolfChannel.com will check in weekly to update what’s happening in the world of college golf:

Mulbe Dillard has always had a dream of playing professional golf. Now, fulfilling that dream will be a little easier – and not just for Dillard.

On the heels of the debut of PGA Tour University, the PGA Tour and the Advocates Professional Golf Association Tour have teamed up to help top Black college golfers transition to the professional ranks by easing the financial burden of playing developmental tours and Korn Ferry Tour Q-School.

On Monday, the organizations announced a college ranking for Black golfers in NCAA Division I, II and III with the top five seniors each year receiving summer status on the APGA Tour and an exemption into the pre-qualifying stage for Korn Ferry Tour Q-School.

Dillard, a senior at Florida A&M, debuts at No. 1 in the ranking, just ahead of Michigan State’s Andrew Walker and three of Dillard’s teammates – Mahindra Lutchman, Ethan Mangum and Cameron Riley.

“It’s very big,” Dillard said of the new initiative, which will also cover entry and travel costs on the APGA Tour. “It’s big for many reasons, including the noticeability in terms of people being able to know our journeys and follow us.”

Dillard’s golf journey began when he was 2 years old, when his father, Mulbe III, brought him to a local driving range in Chicago. By age 5, Dillard was playing tournaments. By high school, not only was he committing to play for Florida A&M, but he was also opening his own golf academy.

The Mulbe Dillard Golf Academy started with Dillard giving affordable lessons to family friends and his mother’s co-workers. By the summer before his freshman year of college, Dillard was giving six to seven lessons a day at Jackson Park Golf Course in Chicago – on top of his normal practice schedule.

“It got pretty busy, pretty fast,” he said.

Since college, the volume of lessons has died down. Dillard, a business major who is set to graduate this spring, spent the first two summers after entering college interning at a private equity firm. However, he still found time for some virtual lessons, or when he returned home for the winter, lessons in a dome.

This past summer, Dillard spent most of his time in Tallahassee, Florida, where FAMU is located, but when he made a two-week trip back to Illinois in August to play in the APGA Tour’s event at TPC Deere Run in Silvis, Dillard estimates he gave nearly 25 lessons.

“I just have a very, very strong love for the game,” Dillard said.

While Dillard has helped many golfers improve their games, Dillard’s own game has taken off in the past year. This past season, he won twice before the Rattlers’ spring was cut short by the COVID-19 pandemic. But Dillard then earned a sponsorship to compete as an amateur on the APGA Tour’s summer circuit. In five events, Dillard posted two finishes of T-11 or better, including a T-7 at Deere Run.

Now, he’s looking ahead to next summer, when he expects to enter qualifiers for USGA championships and other top state events in addition to playing the APGA events.

“The way my game has been developing, it’s definitely time for that,” said Dillard, who is also considering graduate school, though finishing top five in the APGA Collegiate Ranking would provide him a great opportunity after he finishes his undergrad.

Until then, he’s excited for the spring, when the Rattlers return to competition. Florida A&M competes in the MEAC, which has been dominated in recent years by Augusta. Dillard believes this season could be different, with his team returning several key players and adding some talented freshmen, including twins Marcus and Miles Taylor from South Africa. Winning the PGA Minority Collegiate Championship is also on the list of goals.

“This year we have a very solid team,” Dillard said. “We are hoping to give Augusta a run. Hopefully we can make an even bigger story than what’s out now by beating Augusta and moving on to regionals.”

After winning the individual title last week at Maridoe, Kyle Hogan figured to jump in the PGA Tour University rankings. Now, it’s official: the Texas Tech senior moved from No. 47 to inside the top 15 in the newest ranking, which was released Wednesday.

Hogan also has a chance to earn more points at next week’s Houston Open, which he qualified for via his win at Maridoe. While Hogan missed this week’s East Lake Cup because of COVID-19 contact tracing, according to Golfweek, Texas Tech head coach Greg Sands told Golf Channel this week that he remains hopeful that Hogan, a Houston native, will be able to tee it up at Memorial Park.

Here’s a full look at the current top 25:

Pepperdine defeated Oklahoma in the men’s final of the East Lake Cup on Wednesday as television viewers caught the action live Golf Channel. The Waves will also kick off their spring on the network.

Past winners of the event, which began in 1978, include Tiger Woods, Anthony Kim and Patrick Cantlay.

“Pepperdine is looking forward to hosting the Southwestern once again, and we're eager to be able to show off North Ranch Country Club on Golf Channel,” Pepperdine head coach Michael Beard said. “This event has so much history and an incredible list of champions over the years, and we’ve put together an exceptional field for the end of January.”

Vanderbilt turned in its second-best performance ever at its home event on Tuesday. The Commodores won the Vanderbilt Legends Collegiate by five shots over Georgia thanks to a 39-over 813 total, just two shots shy of the program’s 54-hole record of 811, set at the 2002 Mason Rudolph Championship.

First-team All-American John Augenstein finished runner-up individually for the Commodores, just a shot back of individual champion Julian Perico of Arkansas. Augenstein will miss the team’s fall finale, though, as the Jerry Pate National Intercollegiate will take place Nov. 8-10, just before Augenstein tees it up in the Masters.

“We’re going to enjoy this, enjoy it for a day or two, then we know what’s at stake,” Vanderbilt head coach Scott Limbaugh said. “We got one more of these and we got an opportunity, and somebody gets to step up at the next one because [Augenstein] won’t be there. We’ll finish the fall the right way, but [we’ve] got to learn from some things we’re not doing as well and also be excited about this because it’s something to be excited about.”

Speaking of Perico, check out this celebration after he made a closing birdie to lock up his second career college victory: 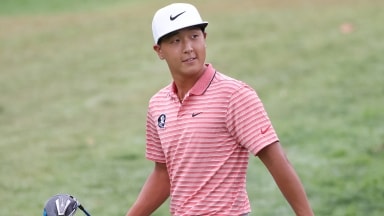 This week's college golf notebook looks at Florida State's spring-opening win and a jam-packed week ahead on the men's side.