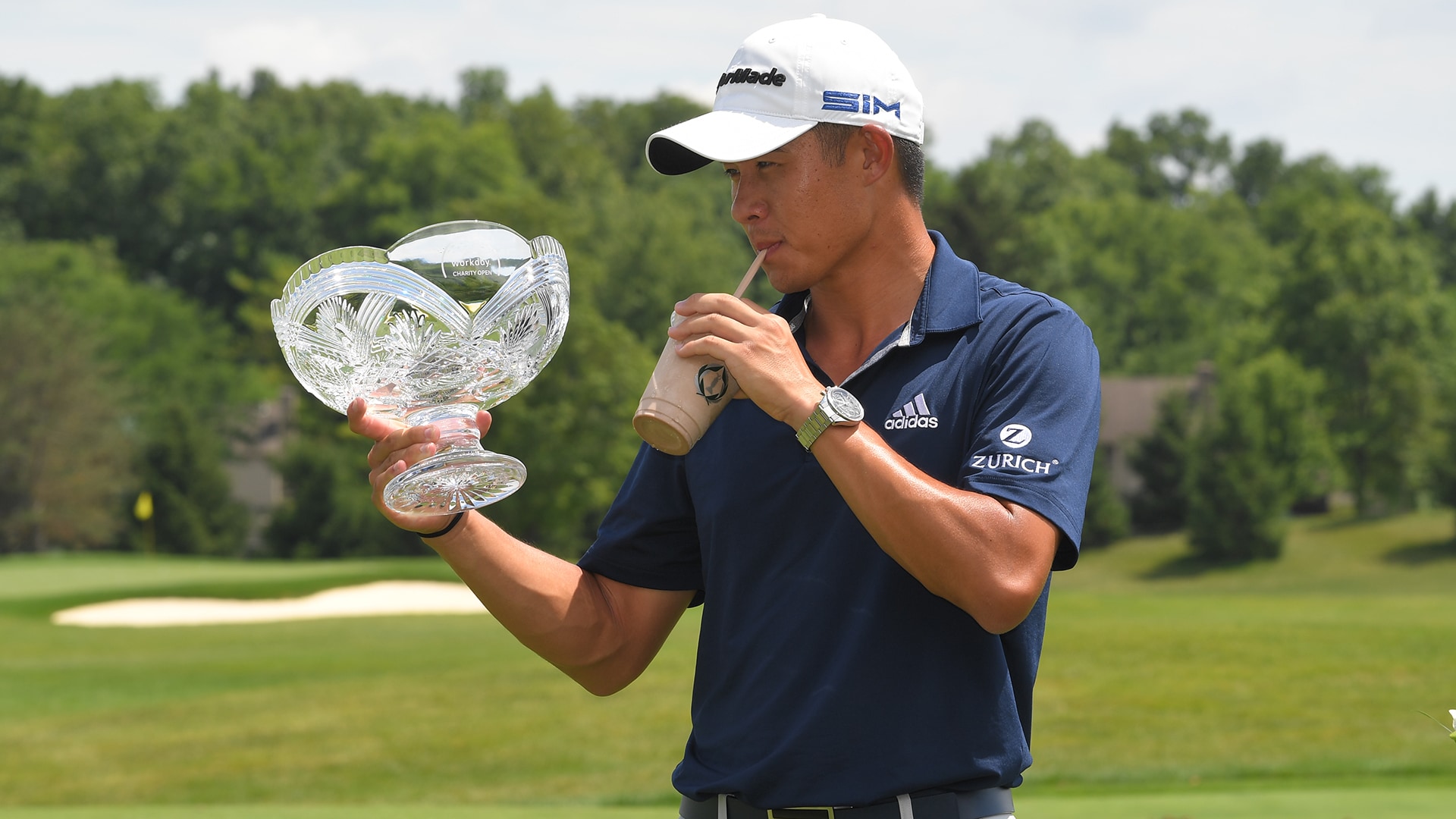 DUBLIN, Ohio – Just right of the second fairway at Muirfield Village a man played fetch with his dog early Sunday. Down the right side of the third hole a few residents noticed the comings and goings of the PGA Tour’s makeshift stop but were largely indifferent.

Birds chirped and lawn mowers buzzed in the distance – it was a picture of serenity that belied the action at Jack’s Place, which was nothing short of breakneck.

The final-round battle between Justin Thomas and Collin Morikawa at the Workday Charity Open was quite the spectacle in and of itself, filled with clutch shots and putts and capped by a three-hole playoff in which Morikawa finally won the action-packed race to the finish.

“Amazing, that's how the day went,” Morikawa said. “It was a long, long 21 holes, but it was a grind. I knew from the start nothing was going to be given today.” 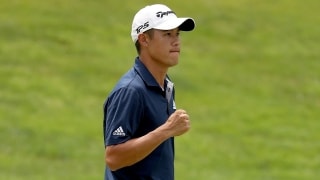 On the strength of a closing 66 and a par on the third extra hole, Collin Morikawa defeated Justin Thomas in a playoff to win the Workday Charity Open.

When Thomas and Morikawa teed off for the final round well before brunch it was quiet. Post-quarantine golf has been an ongoing experiment in the surreal, and every event without fans is a constant reminder of how far we are from normal. The early hour, even for a pandemic Sunday, only exaggerated the surreal scene.

Had the man playing fetch with his dog right of the second fairway been inclined, he would have watched Thomas balloon a lazy wedge shot into the right bunker on his way to his first bogey of the week – a run that spanned an impressive 55 holes.

Had the “fans” right of the third been clocking Thomas, they would have watched him miss another wedge in a right trap for another bogey. In that dramatic 30-minute span, Thomas went from two strokes clear of the field to one behind Viktor Hovland.

It would be the first of a steady diet of lead changes and momentum flips among Thomas and the pair of rising stars that made this replacement event one of the season’s most gripping.

“Being three shots back to Justin Thomas, I know I just had to give it to him and I had to make a lot of birdies from the start,” said Morikawa, who nearly aced the fourth hole, his ball clanking off the stick, before adding eagle on the par-5 fifth to take the outright lead himself.

Thomas would fall three shots back through five holes before covering his next 10 holes in 10 putts to move to three strokes ahead with three holes to play. He played those 10 holes in 7 under with a 23-footer for eagle at No. 15 as an exclamation mark.

But it wasn’t over. Not even close.

He bogeyed the 16th hole after missing the green and Morikawa, already a playoff bridesmaid since the Tour’s return after losing to Daniel Berger last month at Colonial, set the stage with an 8 ½-foot birdie make at No. 17 to move within one stroke. At the 18th hole, Thomas’ approached bounced short and retreated back down the hill, a common mistake at Muirfield Village’s closer, to set up one final swing – a Thomas bogey and Morikawa par to rejoin the two at 19 under and force extra holes.

“It was crazy,” said Morikawa after the round – and he wasn’t even talking about those eventful 18 holes.

The record will show that Morikawa won his second Tour event with a relatively stress-free, two-putt par from 30 feet on the third overtime hole (No. 10) after Thomas made a mess of things off the tee and found himself stymied behind a tree. History will note that the 23-year-old Cal product became the first player since Tiger Woods to win twice on Tour before missing his second cut.

But the record books will miss so much.

Not covered in that quick take was Thomas’ birdie at the first playoff hole after missing the fairway right and his scrambling recovery shot that caught the back edge of the 18th green more than 50 feet away from the hole. The winding birdie sparked only a momentary celebration until Morikawa answered from 24 feet to push the event to more holes.

“I figured I just had to make it,” Morikawa said of the answer to Thomas’ long birdie. “Obviously, I wanted to put in really good speed, but it didn't really change much, other than if I missed, we're done. It's all over.”

Golf doesn’t lend itself to such dramatic swings. Compared to other sports, it’s a marathon that more times than not builds to a crescendo. But on this otherwise subdued Sunday, the action far outpaced the serene setting.

In fact, the only roar on a day that would otherwise be bathed in mayhem was a raw “Come on!” from Thomas after he holed the 50-footer on the first extra hole.

“It was quite the bizarre day. It would have been a fun day to have some fans just in terms of the ups and downs and the shot-making,” said Thomas, who fired a final-round 69 to Morikawa's closing 66. “It's completely unacceptable to give up a three-shot lead with three to go. I'm upset, I'm disappointed in myself, but at the end of the day it's over with now.”

Bizarre has become the standard since the Tour restarted its schedule last month, but even without fans and Sunday’s early start to avoid afternoon storms, the golf – the give and take of an eventful round – created plenty of competitive noise to fill an otherwise silent scene.