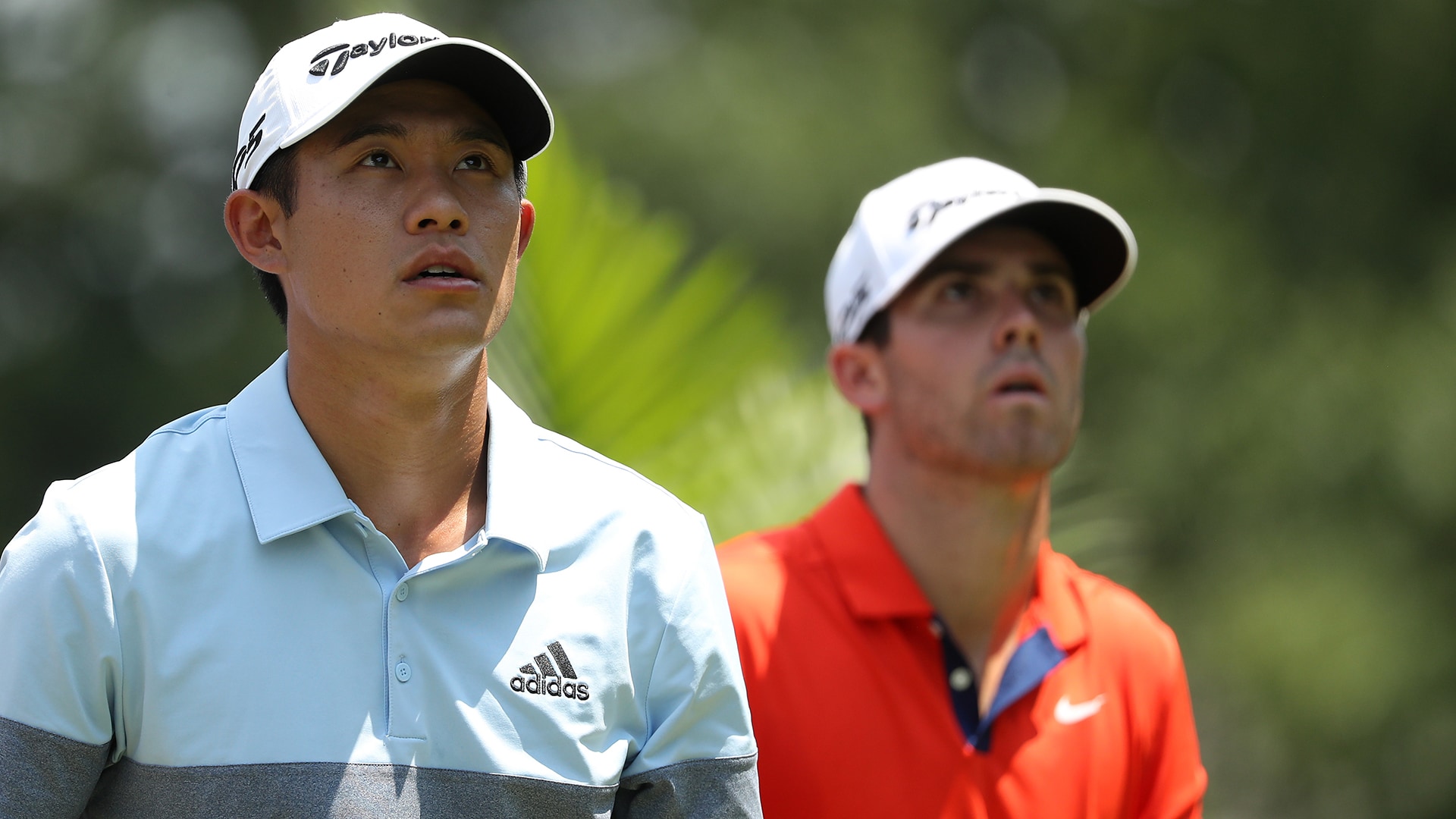 GREENSBORO, N.C. – The last time Matthew Wolff and Collin Morikawa drew a tee time together, they collectively stole the show at the 3M Open. While the opening round of the Wyndham Championship didn’t quite offer the same theatrics as Wolff’s 72nd-hole win in Minnesota, the theme of the two rookies torching another PGA Tour venue continued.

Both Wolff and Morikawa now have victories to their credit less than two months after turning pro, the latter snagging his maiden win Sunday at the Barracuda Championship. They were grouped together Thursday at Sedgefield Country Club, where Wolff again edged his budding rival, shooting a 5-under 65 to Morikawa’s 66.

“It’s always a lot of fun playing with Collin,” Wolff said. “There’s a level of comfort out there, and I think when we play together it kind of comes out. Obviously he’s been really hot, and we’ve both got a win now, so it’s kind of just awesome battling back and forth.”


Full-field scores from the Wyndham Championship

Wolff’s 5-under total came despite a tee shot out of bounds on No. 11, as the former Oklahoma State standout circled six birdies in addition to an eagle on the par-5 15th. While he was low man of the group in the opening round, it’s actually Morikawa who occupies the better position in the points race with the playoffs on deck (46th to 72nd), thanks to a run of three top-5 finishes in his first six starts as a pro.

“I’ve said it since day one, we believe in ourselves and that’s where it’s going to start. We believe that we can do it,” Morikawa said. “We’re still learning. We’re only six, seven events in, so it’s a great experience out here.”

Not to be outdone by the more decorated members of the Class of 2019, reigning U.S. Amateur champ Viktor Hovland matched Morikawa with a 4-under 66. Hovland will likely head to Korn Ferry Tour Finals from here in an effort to earn a PGA Tour card for 2020, needing a top-2 finish this week to guarantee full status for next season.

But all three of them are looking up at 21-year-old Sungjae Im, who grabbed a share of the lead with an 8-under 62 as he looks to bolster his Rookie of the Year candidacy. Im started the week 25th in the points race and could crack the top 10 to snag a piece of the Wyndham Rewards bonus pool with a victory this week.