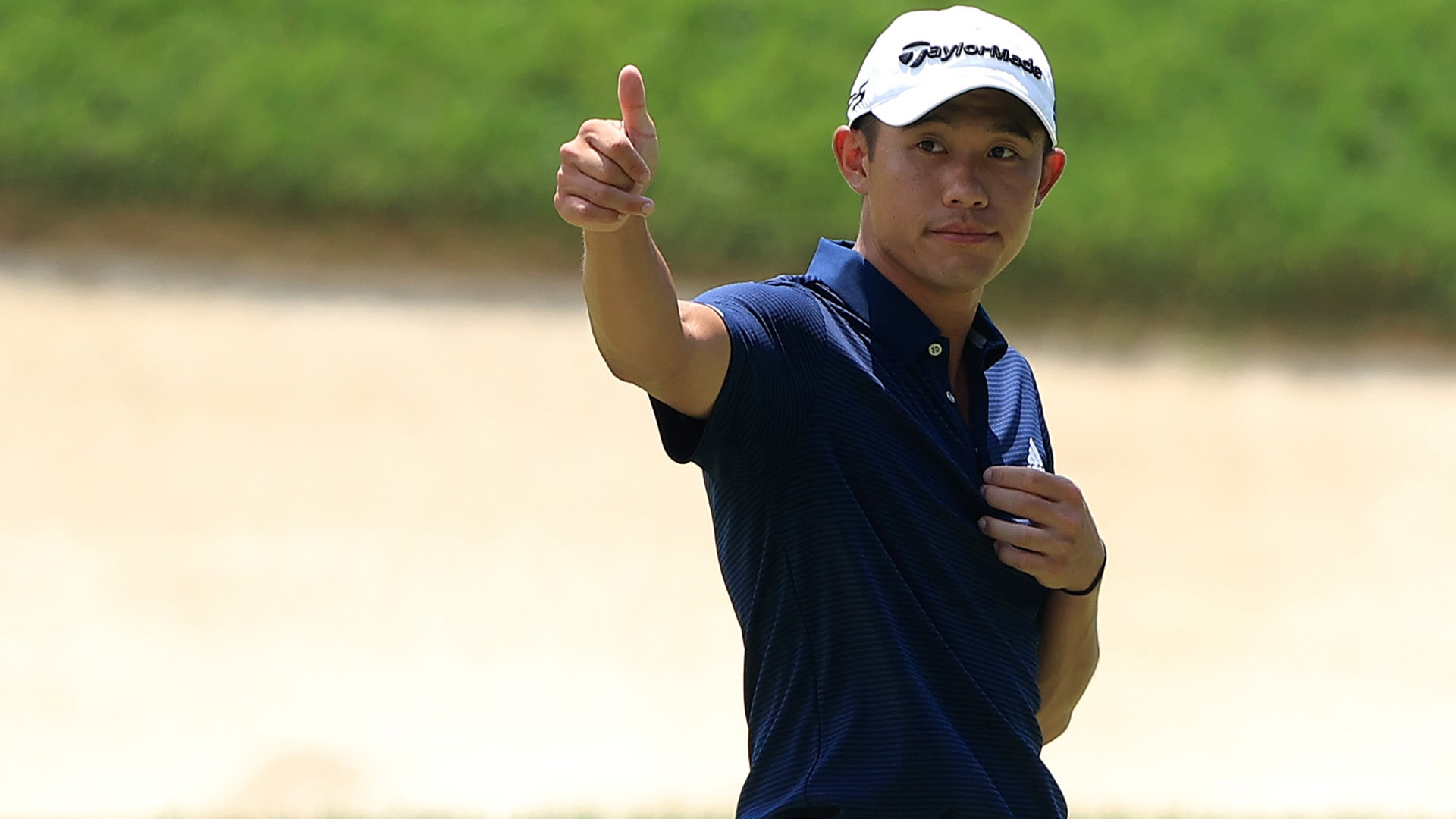 Collin Morikawa didn’t hit any practice putts coming out of a weather delay Friday at the Workday Charity Open.

Rolling it this well, there was little need.

Following a 75-minute suspension of play – the first of two stoppages Friday – because of dangerous weather, Morikawa made a 6-footer for birdie and then capped his round of 6-under 66 with another short birdie on his final hole of the day. Even with the stop-and-start round, even on a course he hadn’t seen before Tuesday, Morikawa gained 3.65 strokes on the green in the second round – the best single-round performance of his young Tour career. He entered the week ranked 171st on Tour in putting.

“I thought about it when I was driving the cart: I probably should have hit some putts,” said Morikawa, who had three holes to play when the horn sounded. “But the putter felt good. It feels good in my hands. Sets up really nicely. And I was looking through my yardage book and the greens book throughout the weather delay, to see what it was going to be like. I knew it was going to be an inside-right putt, hit it firm, and it caught the left side of the hole.”

When Morikawa finished his round, he had a six-shot lead on the early starters. His 13-under total is one off the 36-hole record at this course. Jason Dufner was 14 under at the 2017 Memorial on his way to victory.

By the time play was halted for darkness with several groups still on the course, Morikawa was three clear of Kevin Streelman and Justin Thomas, the latter of whom shot his second bogey-free round of the week, a 66.

The second round will resume at 9 a.m. ET Saturday.

Morikawa is fresh off the first missed cut of his career, at the Travelers Championship. Though he’s known already as one of the game’s best iron players, the 23-year-old was frustrated by his inability to hit his patented cut – a shot that starts six yards left of his target and drifts back.

A week of practice at home, and then a session at Muirfield Village with longtime coach Rick Sessinghaus, got Morikawa back on track. Late Wednesday, after his practice round, he started working again on one of his usual drills: sticking his left glove in his armpit. “That’s the most basic thing I could be doing,” he said, “but it’s been working. So I’m just going to keep doing that and just worry about hitting my shots.”

Morikawa has made 15 birdies and an eagle through two rounds as he eyes his second career Tour title.

“Whether I have the lead or not, I’ve got to go into the weekend feeling like I’ve got to make the same amount of birdies I have been the past two days,” he said. “I feel like there’s a lot of birdies out there for me the way I’ve been hitting it. So I’ve just got to keep that up, play smart and attack pins when it’s available for me.”