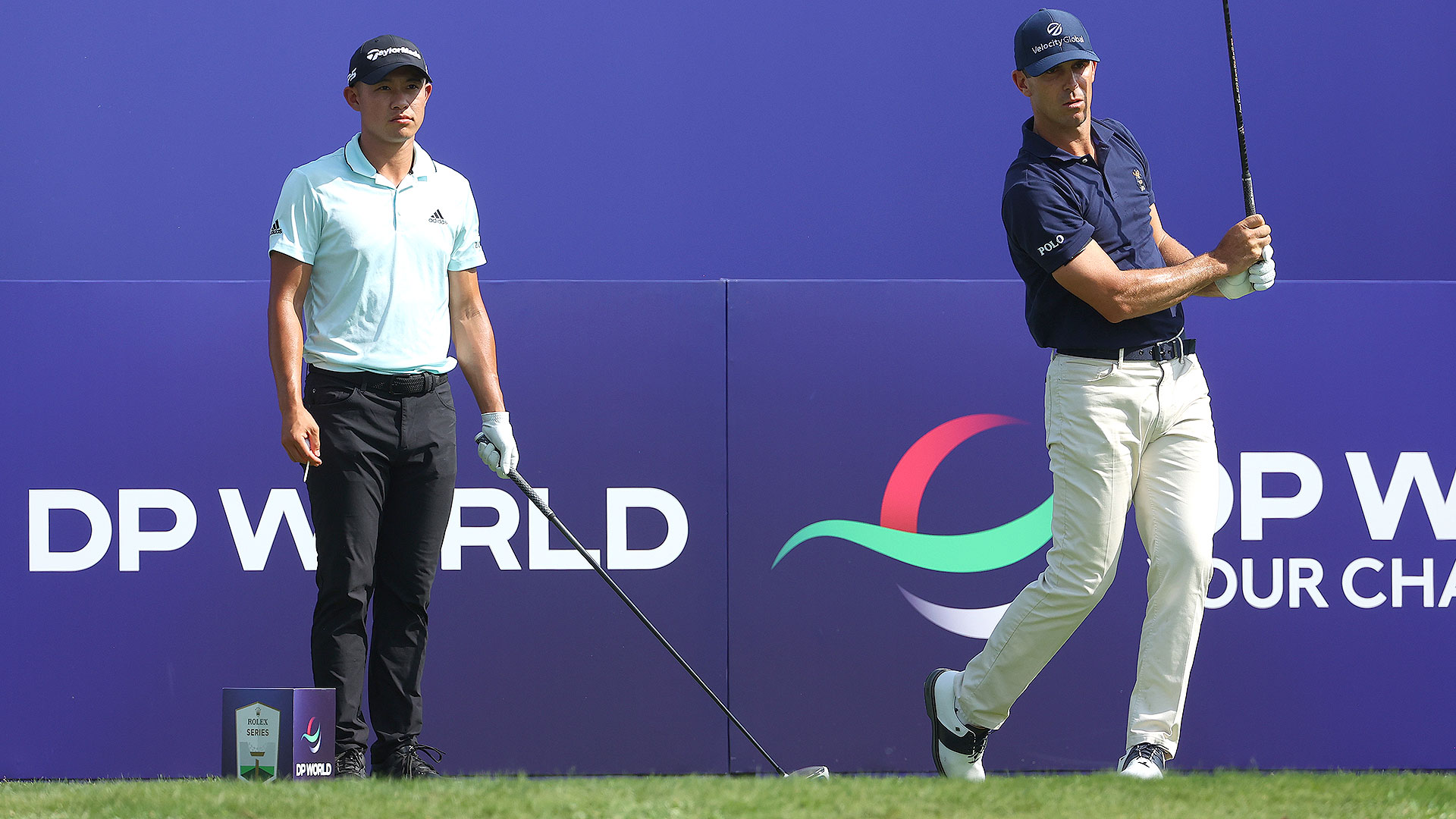 The final battle for the Race to Dubai title might be over just as it’s getting started.

Collin Morikawa, No. 1 on the season-long points list, shot 4-under 68 in the opening round of the DP World Tour Championship, the European Tour’s season finale.

Meanwhile, Billy Horschel, No. 2, opened in 2-over 74 while playing alongside Morikawa on Day 1 at Jumeirah Golf Estates.

Morikawa and Horschel are both looking to become the first American players to win the RTD title, formerly the Order of Merit. The separation between the two could have been greater as Morikawa reached 5 under par before a bogey at No. 17, while Horschel made birdie on the same hole.

"It was pretty solid throughout. Obviously the two bogeys [on Nos. 9 and 17] were a little unenforced but I made a few birdies out there and kept the momentum going and it was a good way to start the first rounds out here," Morikawa said.

The reigning Open champion has more on his mind than making European Tour history in the yearly race; he’s only three shots behind 18-hole leader Rory McIlroy in the tournament.

Four other players can win the Race to Dubai, but would need to win this week’s event in order to have a chance. None of them fared better than Morikawa on Thursday. Defending DP World champion Matthew Fitzpatrick, Tyrrell Hatton and Paul Casey all shot 2-under 70. Min Woo Lee shot 72.