Competitive players want the win, the $15 million and the lowest total score 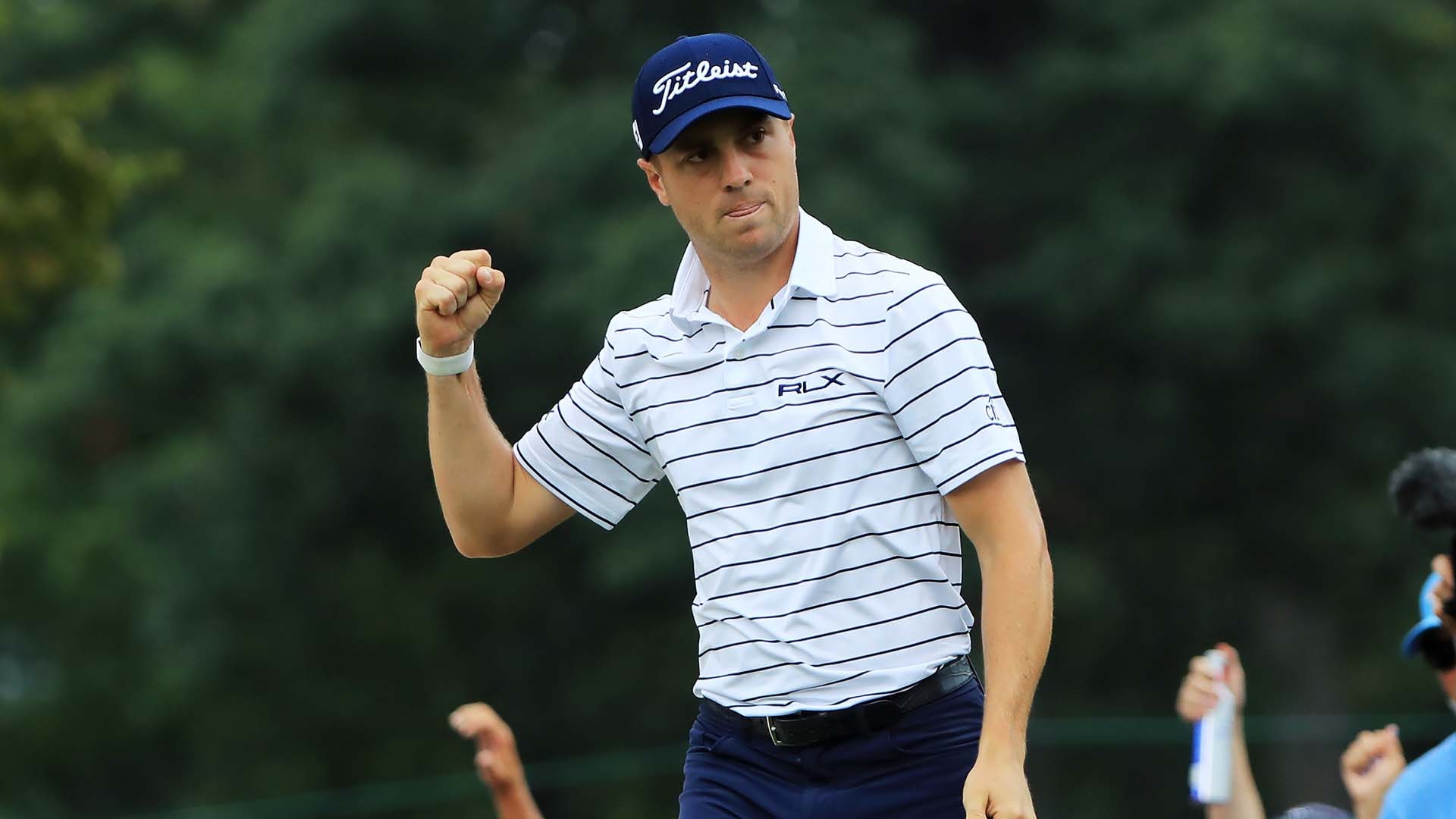 ATLANTA – However the next four days at East Lake unfold it’s important to consider how the PGA Tour arrived at this curious crossroads.

Some say strokes-based scoring was born from the most honest of comments in the hectic minutes following Justin Thomas’ runner-up finish at the 2017 Tour Championship. Players like JT aren’t very good at pretending to be happy when they lose. For Thomas, it was his one-stroke loss to Xander Schauffele, not his winning the $10 million FedExCup bonus, that drove his thought process.

“It just wasn't meant to be, wasn't my week this week in terms of winning the golf tournament, but it definitely came with a nice consolation prize,” Thomas said.

There were 10 million reasons why the Tour and FedEx didn’t care to hear how their season-long experiment provided a suitable “consolation” prize and some say it was Thomas’ heat-of-the-moment take that sent the Tour’s number crunchers down a path that will now give the golf world its first net division championship for professionals.

This week’s points leader, Thomas, will begin the Tour Championship at 10 under par. The next four players on the points list will start at 8 under through 5 under, respectively, while Nos. 6-10 will start at 4 under par with the total regressing by one stroke every five players thereafter. Those ranked 26th through 30th start at even par.

To be fair, the circuit was headed for a playoff overhaul long before Thomas spoke his peace, but his words certainly helped the process along and made this week’s big transition easier to understand.

While golf doesn’t do dramatic changes very well, this week’s format is a bona fide paradigm shift which was prompted by a points-based race that was as confusing as it was contrived. When the Tour informed players of the format changes at East Lake, the first question asked was: What’s Steve Sands going to do now?

Since the invention of the playoffs in 2007, the NBC Sports/Golf Channel host had been charged with explaining the complicated system, in real time, to those watching on television. Under the new system, the explanation is exceedingly easier: The player with the lowest score on Sunday at East Lake wins the FedExCup.

Of course, getting to that low score takes some explaining and maybe even a leap of faith by those who aren’t accustomed to seeing professionals give strokes to other professionals.

The new scoring has made it easier for the fan at home to follow along with the action, but it’s probably made things a little more complicated for the players.

“You could shoot the best score of the week and not win the golf tournament. If that happens to someone, it's going to be hard for them to wrap their head around a little bit,” Rory McIlroy said on Wednesday at East Lake.

Based on how strokes-based scoring would have impacted other Tour Championships during the FedExCup era it’s not as much a question of if it might happen. On four occasions since 2007, the player with the week’s lowest score didn’t win the finale. In ’09, Tiger Woods would have beaten Phil Mickelson by four strokes at an event Lefty won by three shots; and in 2011, Luke Donald would have won by three strokes instead of Bill Haas. Donald would have also finished tied for the lead in ’10 with Jim Furyk, who won that year’s Tour Championship.

But the most jarring scenario would have occurred last year when Justin Rose, who began the week second on the points list, would have defeated Woods by three strokes and ruined what was by every measure a seminal moment in Tiger’s career.

By making it easier for the fans to engage with the entire product, the Tour has ignored the competitive soul of any professional. Consider that if the new system was used in ’17, Thomas would have won the event, and the cup, by two strokes after starting the week second on the point list and at 8 under.

It was only apropos that Thomas would offer the final say on this, having been the face of change to so many. If losing the ’17 Tour Championship overshadowed his victory in the season-long race, how would a strokes-based victory feel this year even if he doesn’t shoot the week’s lowest score?

“You guys probably won't believe me, but it will irk me,” Thomas admitted. “I think a lot of people were shocked and a little upset about how I handled just winning FedExCup and $10 million, but, I was like, man, I lost a golf tournament by one and I didn't birdie 18, a par 5, and I felt like I should have won the tournament and had a great chance.”

For all the questions and concerns the new strokes-based scoring addresses, it may be this uniquely competitive notion that will ultimately determine the success of the format. Players are currently saying all the right things, but as we saw in 2017 that can all change in one heated moment on Sunday.