Confident Woods says wins are not far off 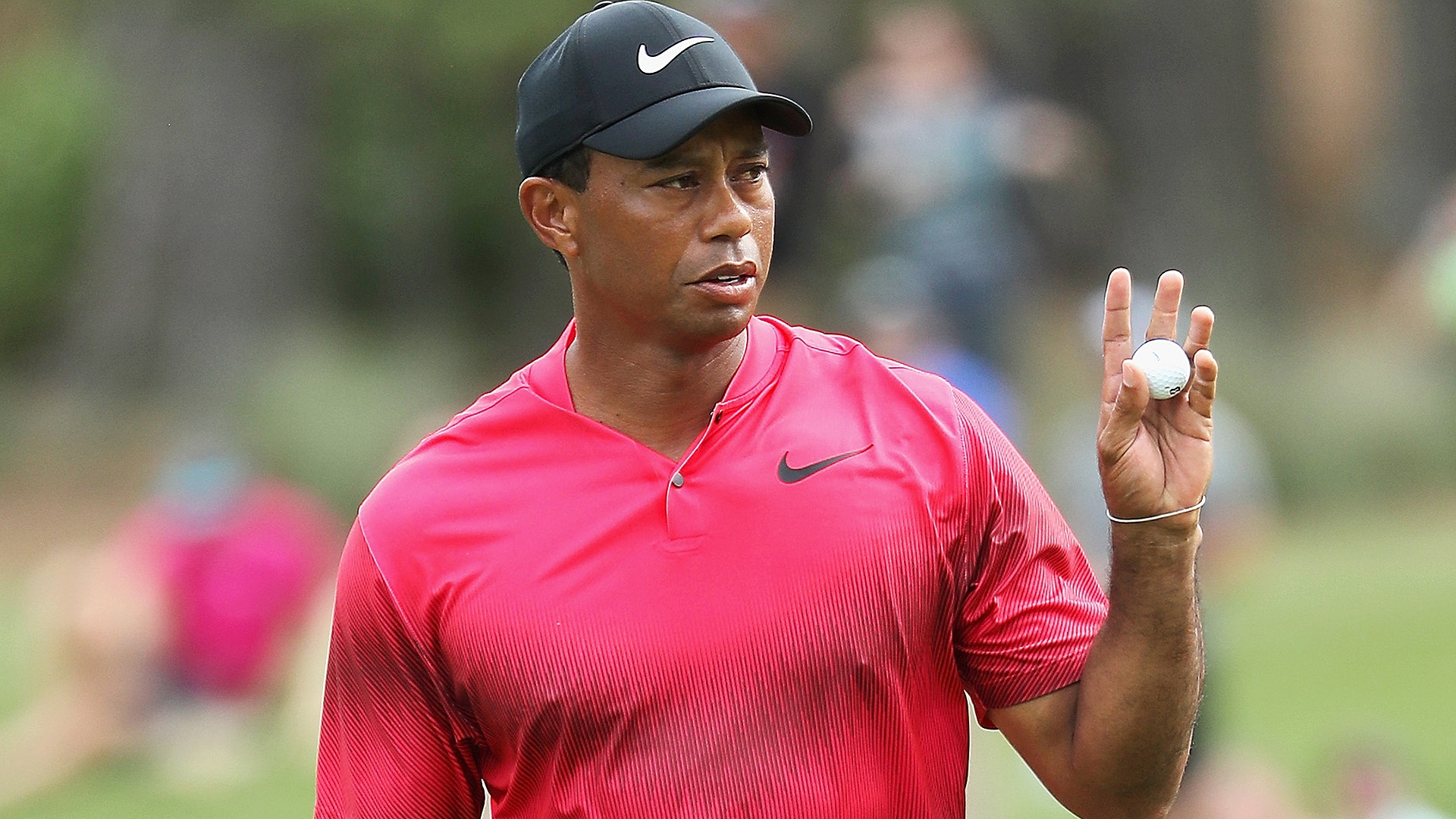 The “win or bust” mentality got plenty of mileage during Woods’ prime, back when he was dusting fields and rewriting the record books one chapter at a time. For every Y.E. Yang or Billy Mayfair there were dozens of times when Woods was barely challenged, so it often made anything short of the winner’s circle feel like a waste of time.

But Tiger version 5.0, the 42-year-old who continues to turn back the clock in the post-fusion world, has plenty of appreciation for a quality near-miss.

After torching the opening half of the Stadium Course for the second straight day, Woods sputtered down the stretch at The Players Championship. There are not many ways to sugar-coat playing Nos. 14 and 17 in 3 over given that he had sand wedge in hand on both holes.

Two poor swings transformed a potential runner-up into a far less palatable T-11 finish, but they did little to dampen Woods’ beaming enthusiasm only minutes after finishing his round.

“I felt very comfortable with every facet of my game today. Everything felt good,” Woods said. “I had control. I was hitting it high, low, right, left, didn’t matter what it was. I felt like I had control of it today.”

Part of that brimming optimism inevitably stems from Woods’ tenuous position at the halfway mark. His first two rounds looked much more like the uphill battle he endured last week at Quail Hollow, and for a few brief moments it seemed like he might actually miss the cut. Given that scenario, his promising play this weekend can be viewed as a bonus.

But Woods has always taken view of the bigger picture, and that tendency hasn’t changed in the most recent iteration of his comeback. And so he looks upon his quest to return to an elite level, to contend regularly and end a five-year victory drought, as an assembly of various pieces.

The putts didn’t drop at Innisbrook. The driver failed him at a critical juncture at Bay Hill. His iron play kept him from contending at the Masters. And so on.

Slowly but surely, he continues to thin the list of variables that can derail his game at any given moment.

“I mean, he’ll win sometime soon enough,” said Jordan Spieth, who played the final round alongside Woods. “His game, if I compare it to other guys that are winning golf tournaments that I’m playing with day-to-day, it’s right up there.”

“He’s clearly playing some good golf,” added Jason Day. “If he got off to a half-decent start, I mean who knows what would have happened on the weekend. He may have been walking off with a third Players Championship.”

And so it is that Woods is able to stomach a back-nine backpedal – a seemingly impossible notion a few years ago – and instead focus on the positives as he continues his steady climb.

“It’s weird. Not to really mis-hit a shot today and only shoot 3 under par is just weird, because I played much better than that,” Woods said. “I hit the ball better today than I did yesterday, and I obviously didn’t end up with the score I needed to.”

Granted a reprieve from a possible missed cut, Woods took full advantage this weekend amid steamy but favorable conditions on a course that has given him plenty of difficulty in the past. He never got within reach of Webb Simpson, sure, and the fickle breezes circling the infamous island green blew against him.

But watch the ease with which he brushed off those shortcomings, note the beaming smile that emanates when he describes the state of his game after shooting 10 under for the weekend, and know that this was every bit a step in the right direction.

Just like Woods needed Innisbrook and Bay Hill to feel the heat of contention, this weekend gave him a glimpse of the ceiling. He was able to wrap his arms around a fickle game and see, even for a short time, what can be accomplished when the pieces come together.

It could be weeks, or even months, before they align in place again. He knows this more than most players traipsing around the grounds at TPC Sawgrass.

But in a few short months, Woods has managed to trim considerably the number of obstacles in his way. No longer hurt, or battling an uncooperative short game, or a fickle driver, or a balky putter, he has glimpsed the potential of every aspect of his game.

It stands to reason that the next time they all decide to converge, he might not be facing a 14-shot deficit.

“There’s no way I would have predicted I would be at this point at the beginning of the year, the way I was just coming back and just trying to get a feel for it and then hopefully have a schedule. Didn’t know,” Woods said. “But now I feel like I’ve got my playing feels back, and I’m playing tournament golf and I’ve got it. I’m not that far off from winning golf tournaments.”