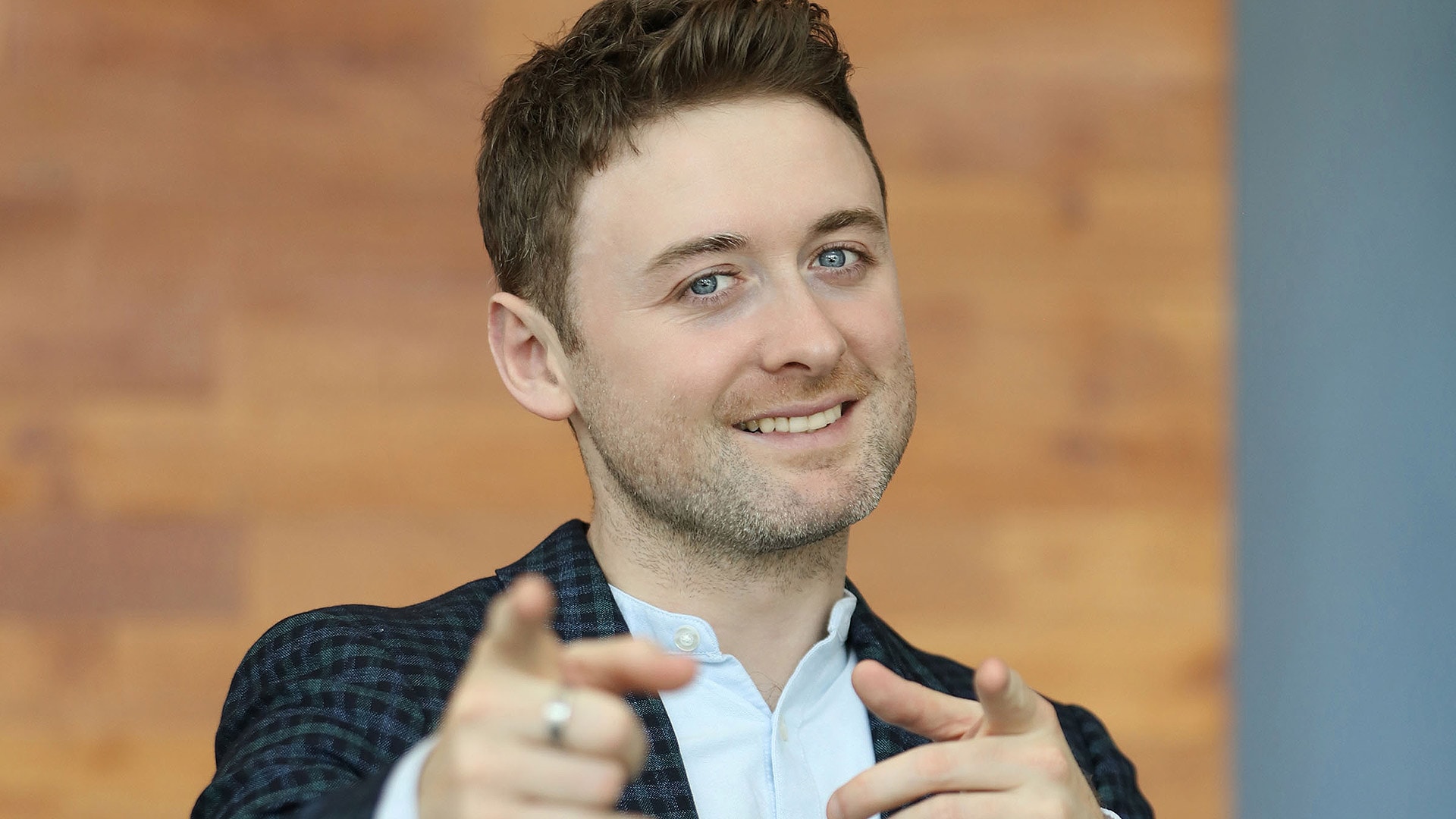 In 2016, Conor Moore was making a living selling cell phones in his hometown of Mullingar, Ireland.

Four years later he found himself over 4,000 miles away, at Jack Nicklaus’ charity event in South Florida. He even scored a seat at the 18-time major champion’s table.

And no, he wasn’t there to sell Jack a data plan.

Moore was the evening’s main event, performing his hilarious impressions for a crowd filled with golf’s elite.

It was just the latest surreal moment on the quick-witted Irishman’s journey from YouTube sensation to legitimate comedy star and host of “The Conor Moore Show,” which premiered last week, and airs Tuesdays exclusively on GolfPass.

“You may know me,” Moore says in the first episode’s opening segment. But it’s more likely you know of him. 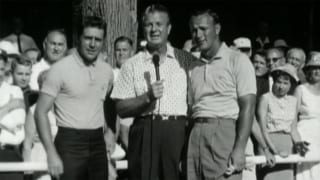 Arnold Palmer won The Open in 1961. Gary Player won the Masters that year. The two battle in this '61 edition of "All Star Golf."

He’s a bit of an enigma that way. If you’ve followed professional golf at all over the last couple of years, it’s likely you’re one of the millions of views he’s racked up on his videos, doing spot-on impressions of everyone from Tiger Woods to Rory McIlroy to Ian Poulter.

Now those characters – and plenty more – are coming to you on a weekly basis, courtesy of his new show. It features a comedic take on golf news, sketches about current events and interviews with some of the biggest names in the game, all while letting Moore be himself, a novel idea for the impersonator.

“It’s been way beyond my expectations. The level of professionalism and detail that has gone into making the show has been such a massive help,” he said. “So my nerves have turned more into excitement than anything else. I’m excited to see where this is going to go.”

It’s a bit weird to call Moore one of the fastest rising stars in the game, but these are strange, unprecedented times.

While the coronavirus pandemic has shut down businesses worldwide, including professional golf, Moore has embraced the challenge of putting together a weekly show, with little or no real golf news to talk about. When social restrictions eventually ease up, he’ll have Golf Channel studios to call his playground, but for now, he’s doing it all from his makeshift apartment studio in Orlando, Florida.

WATCH EP. 2 OF "THE CONOR MOORE SHOW" FOR FREE, TUES. NIGHT ON GOLFPASS

“We talked long and hard about, is it the right time do the show? Yes, you need golf to do a golf show, but at the same time, my work is in the land of make believe. I have that opportunity that most people don’t have, I don’t need it, I can create it. And that’s what’s cool about it,” said Moore. “Obviously it would be great if it came back as soon as possible with the restrictions for health and safety, but we’re still confident we have plenty to work with.”

Plenty to work with? That wasn’t always the case for Moore.

At the urging of friends, what started as private videos of his impressions of local soccer stars eventually turned into semi-viral hits in Ireland, with Moore’s first videos online garnering 10s of thousands of views.

“And straight away, I had my lightbulb moment,” he said. To say he jumped in with both feet after that switch flipped would be an understatement.

After initially getting turned down by an Irish entertainment company for being too limited in his range of characters, Moore doubled down, immediately quitting his job in sales and focusing on his new craft full time. That same company hired him four months later.

A couple years and millions of YouTube hits later, Moore turned his attention to the stars of the 2018 Masters. That’s where he first debuted several of the characters that now define the comedian. And the rest, as they say in showbiz, is history.

He’s parodied nearly all of golf’s big events since then, getting to know the very players he’s been lampooning along the way, even turning his Tiger imitation into a commercial … with Tiger.

“Everyone I’ve met has been so cool. I’ve met Sergio [Garcia], he was laughing at his own laugh. When I met McIlroy, I went to shake his hand and he just started laughing at me,” said Moore. “Before we did the ad, Tiger made me do the voice in front of him and then went, ‘Dude, you sound just like me.’”

Despite what movies like “Happy Gilmore” and “Tin Cup” would lead you to believe, professional golf and comedy traditionally go together like oil and water, orange juice and toothpaste, bathtubs and toasters.

Sure, guys give each other a hard time in the locker room, behind closed doors. But covering the game from a comedic angle, especially at the expense of the players, is basically unheard of.

That’s what makes “The Conor Moore Show” so unique; it’s just an extension of its host, breaking the mold at every turn. He knows he’s living a dream and doesn’t want to be woken up.

“You just pinch yourself sometimes,” he said. “I pinch myself and get right back to work.” 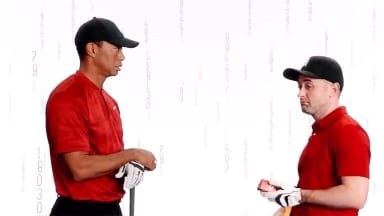 Comedian Conor Moore has impersonated Tiger Woods in the past, but he upped the ante in a recent Bridgestone ad, doing his spot-on spoof in the 14-time major champ's face. 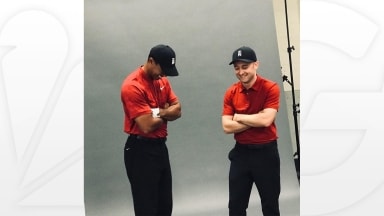 Comedian Moore: Show thoughts and Tiger's thoughts on my impersonation

Comedian and impressionist Conor Moore attended this week's PGA Merchandise Show and offered his thoughts, as well as what Tiger Woods thought of his impression of him. 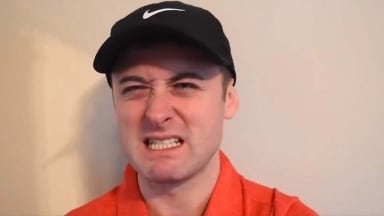 In the wake of Padraig Harrington being named 2020 Euro Ryder Cup captain on Monday, plenty of (fake) players impacted by the decision have already spoken, including the captain himself