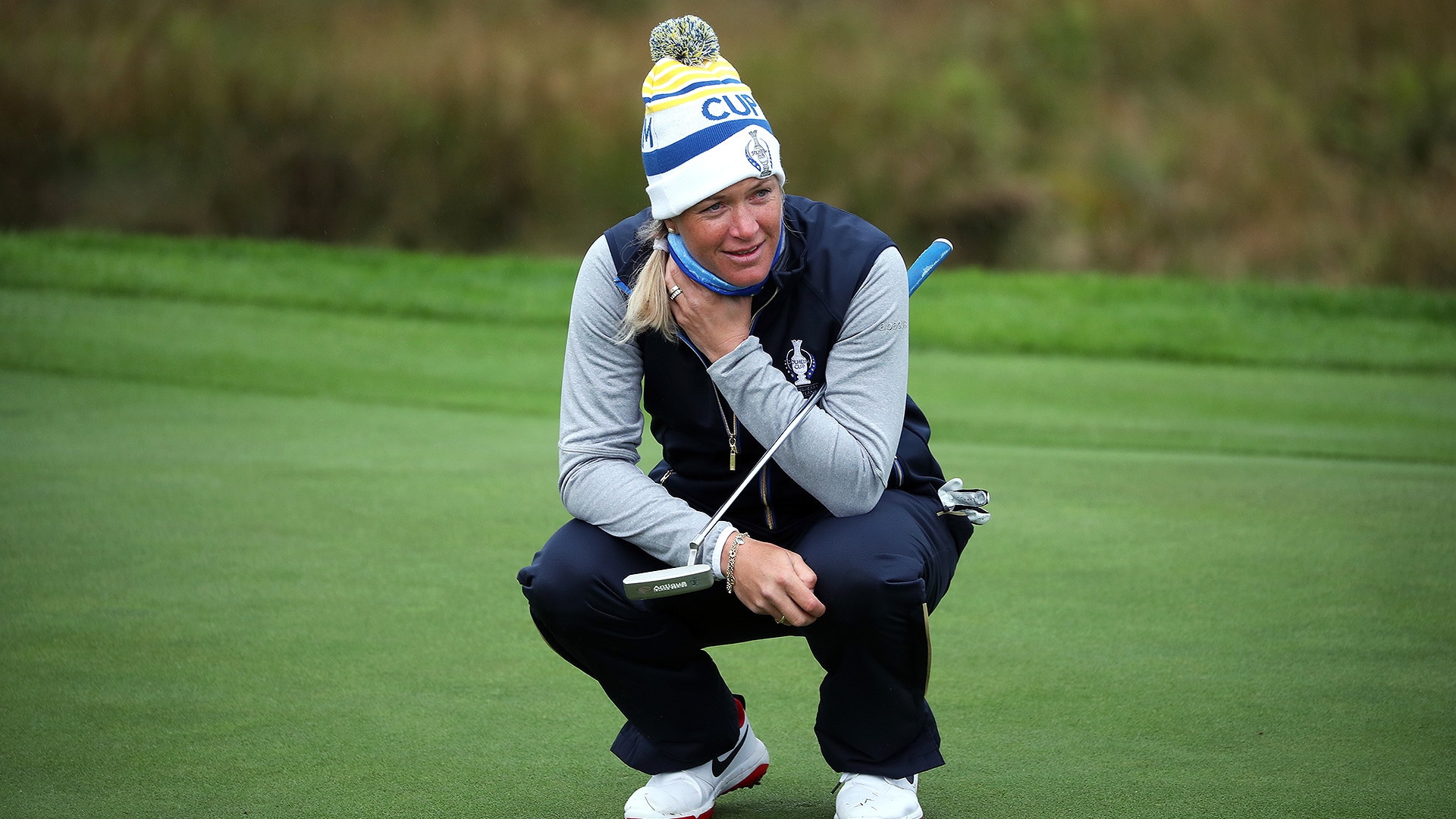 She has played so many roles in the Solheim Cup, from the heart and soul of the European team’s revival, to the villain the American team wanted to rebuke in its historic comeback in Germany four years ago.

She’s back as the boldest and most controversial of Catriona Matthew’s four captain’s picks. At 38, she has played in just three stroke-play events in the last two years, taking time off around the birth of her first child. She missed the cut in two of those three starts, with all of them coming within in the last month or so.

Matthew said she liked the way Pettersen’s form was coming around so quickly, despite those missed cuts, and she likes the determination she brings to the lineup.

“I think Suzann’s record and her game and her attitude is just fantastic for Solheim Cup,” said Laura Davies, one of Matthew’s vice captains. “I've heard people say that, ‘Oh, she's a surprise pick.’ Not to us, because as soon as [qualifying] was over, she fancied she'd been practicing hard enough and let it be known that if she was in the chance for a pick, she'd love to play.”

Pettersen sounded like she might not be ready in her news conference Thursday, not based on her demeanor, but on her raspy, raw voice. She said she isn’t exactly sure what she picked up, but she feels just fine, overall.

“My golf game is in great shape,” Pettersen said. “Being here, it feels like I never left the game, which is kind of nice. I don't know if it's the atmosphere, the energy, or everything that Solheim is all about, that always kind of brings out the best of all of us.”

The Americans won three straight Solheim Cups (2005, ’07 and ’09), but Pettersen helped the Euros bounce back to win the next two.

Pettersen hasn’t played in a Solheim Cup since the loss in Germany in 2015, when she called out Alison Lee for picking up an 18-inch putt that wasn’t conceded in a fourballs match just before singles play. Europe won that match, but it launched a social media firestorm that Pettersen later said brought her to tears.

Pettersen has won 15 LPGA titles, more than any player in this event. Two of those titles are major championships. She is 16-11-6 in Solheim Cup play. Her 19 points are more than anyone in this week’s competition, trailing only Davies (25), Annika Sorenstam (24) and Matthew (22) in the European record book.

Still, there was some controversy in Europe over Pettersen being chosen as a captain’s pick a few weeks ago, because of her inactivity. Pettersen was asked how she felt about that.

“I'm not the captain, so I don't have to speak for that,” Pettersen said. “All I have to do is show up with my golf game.”

Davies had more to say.

“Catriona asked us all [the vice captains], and we all said yes,” Davies said. “Why wouldn't you want Suzann Pettersen on your team? She hasn't played a huge amount of tournaments, but match play is very different. Don't have to string together 72 holes. In the end, it might be hard for someone who hasn't played, but in 18-hole match play, I'd back Suzann every time.”

Davies said Americans would probably rather not have to play her.

“Suzann can be quite tricky out there,” Davies said. “It's great for us. It's great that she brings that reputation to our team, and I'd never doubt Suzann Pettersen.”