To counter LIV money, Tour to offer college promotion – but is it enough? 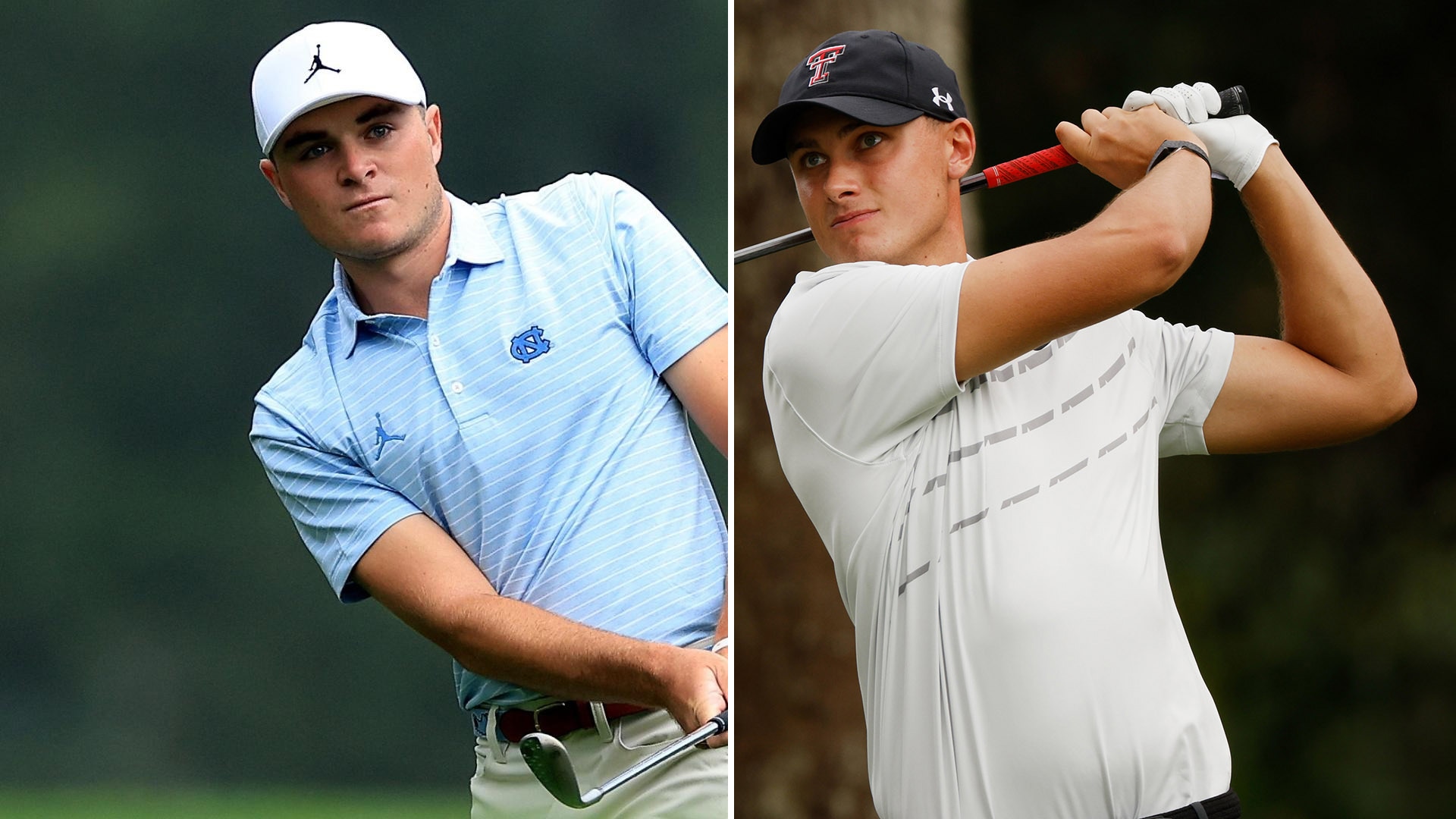 In the latest battle for professional golf’s future, the PGA Tour is floating two proposals that would create a more direct pathway from college stardom to Tour membership.

If approved, beginning next year, the top-performing senior in the PGA Tour University rankings will earn full-time membership on Tour, while Nos. 2-10 in the standings head off to the Korn Ferry Tour, the sport’s version of Triple-A, with some level of status.

Discussions have been ongoing for “several months,” per the Tour memo to players, but the reason for the advancement now is obvious.

“It’s a way to make sure these guys come onto the PGA Tour and not elsewhere,” Denny McCarthy said. “I think it’s a great opportunity for them.”

Over the past decade we’ve watched a handful of can’t-miss college studs experience near-instant success on Tour. Rickie Fowler and Jordan Spieth started the trend. Then came Jon Rahm, followed by Collin Morikawa and Viktor Hovland. The Tour is skewing younger than ever (11 of the top 13 in the world are in their 20s), and yet the status quo has largely remained. There is no direct access outside of the maximum seven sponsor exemptions. There are no financial guarantees. There is no multiyear commitment. Following the NCAA Championship each May, the top players scatter to the Korn Ferry Tour, to Canada, Europe or Latin America, and then, in a few years – maybe – they reconnect at the highest level.

“I think they need to create a better path,” Rahm said last week. “Right now, it’s really, really difficult. There’s a lot of lost talent out there in Canada and Latinoamerica. Every other major sport has a direct path to the major leagues from college except golf.”

The Tour debuted the PGA Tour University program in 2020, but by limiting it to seniors it was designed as much to entice kids to stay in school than to ensure that the top talent arrived on Tour faster. Sure, in theory, those players could be a card-carrying Tour member within four months of graduation – they could either play well enough in limited Korn Ferry starts to cross the threshold for Tour membership, or they earn their card through the Korn Ferry Tour Finals. It just hasn’t worked out that way, and some agents have theorized it’s because the system requires burned-out players to compete virtually nonstop, in high-pressure situations, for nine months while also grappling with the new realities of pro life. Not everyone is equipped to handle so much, so soon.

“In an ideal world, I still think you should go through the ranks and earn it,” Hovland said. “There should still be a pathway to make it on Tour for the following year, like there is now. I think that’s right. But obviously with the threats going on, you have to make some compromises.”

LIV created turmoil in the college ranks during this year’s NCAA Championship, when news surfaced that Texas star Pierceson Coody (ranked No. 1 in PGA Tour U) rejected a “crazy amount” of money from the Saudis. But LIV didn’t completely strike out: Arizona State junior David Puig appeared on the entry list for the first event in London. As Puig explained at the time, he had been offered scant opportunities to test himself against the best in the world on either the PGA or DP World tours despite a top-10 ranking and college success. LIV provided that chance, and he seized it. Having forfeited his spot in the PGA Tour U program, Puig decided not to return to Arizona State for his senior year and turned pro. 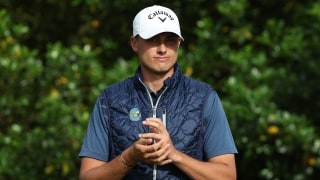 More changes could be coming to PGA Tour University, updates that would offer direct access to the PGA Tour for the first time.

More impactful, however, was the decision of Eugenio Chacarra, an Oklahoma State standout who would have figured prominently in the PGA Tour U system had he stuck around for his senior season. Instead, he joined LIV (teaming with one of his boyhood heroes, Sergio Garcia) and won the Thailand event within his first three months as a pro. In six events heading into this week’s LIV finale, he has pocketed $6,182,000 – and that doesn’t include what was reportedly an eight-figure signing bonus.

“From his point of view, it’s kinda a no-brainer,” said Hovland, who has played with Chacarra while living in Stillwater. “But the purity of golf, I’m old-fashioned in that way, where you need to go through the ranks. That’s how my mind works. But things are changing. I don’t know what the right answer is, but I don’t fault those kids for going that way.”

It's reasonable to assume that Chacarra’s summer was illuminating for many elite amateurs who were (or are) weighing similar decisions. Chacarra’s chosen path could have significant ramifications – he won’t be able to play in the 2023 majors (unless he advances through open qualifying), and he could be ineligible for the Ryder Cup – but he bolted anyway. At age 22, he figured, time is on his side.

“This is what you wonder,” Rahm said. “Is that what you grew up wanting, just playing golf to make money? Or did you grow up to win majors and play Ryder Cups?

“I’m not going to lie, if you asked me in 2016 and offered me $50 million to play LIV, I don’t know if I could go to my dad and say, ‘Hey, we’re going to turn this down, just because.’ I don’t know if I can tell you I wouldn’t have taken it. And a lot of players are going to do the same thing when you have nothing and get offered that as a guarantee.”

Which is why Rahm warned: “My advice to the PGA Tour is to start looking at college players and offer more than what they are right now.”

And so this is the Tour’s response, at least in the short term.

The question is whether it’ll be enough to sway the next generation.

The proposal pertains only to college seniors, which means underclassmen like Puig and Chacarra will continue to be vulnerable to poaching. (There’s a secondary proposal that involves a nebulous points-based system designed to identify and instantly promote non-senior superstars.)

Perhaps this is just the start of a broader restructure aimed toward 2024, but one Tour card, for essentially two months, is unlikely to be viewed as enough. The Tour is still relying on more than a dozen graduating seniors to venture willingly into the competitive wilderness, where they’ll fend for themselves on the feeder circuits, with no guarantees of ever reaching their final destination. And as Chacarra helped demonstrate, there’s now another option that didn’t previously exist: Nothing is stopping these amateurs from grabbing the LIV loot, playing that circuit for a couple of years and banking tens of millions of dollars, and then going the conventional route through Tour Q-School (where they’d compete without the crippling financial pressure facing most in the field).

Criticized for its complacency, the Tour had little choice but to act. In this shifting landscape, it needed to offer better promotions, quicker, or it risked losing the top youngsters each spring. Some have argued that a guaranteed card could rush a top talent’s unique progression – after all, for every fast starter there are even more types like Justin Thomas and Scottie Scheffler and Xander Schauffele, all of whom apprenticed for at least a year in the minors – but a full season offers a better gauge than a limited number of spot starts.

“My first couple years, I may not have been ready for a PGA Tour schedule, but I also might have been? I don’t know,” said Maverick McNealy, who after an 11-win career at Stanford would have been ticketed for the Tour had this system existed in 2017. Now, he’s in his fourth year on Tour.

“I think a full season prepares you better than four stages of Q-School, and four stages of Q-School prepares you better than a Monday qualifier. If players have proven themselves over four years of college golf – which is essentially a tour of top amateurs – then the cream does rise to the top. And we really want them on Tour as soon as possible.”

McCarthy would have also been one of those players on the cusp of PGA Tour U inclusion, after his decorated career at Virginia ended in 2015. “I know that coming out of college I felt like I was kinda ready,” he said, “and then I played a few events and I wasn’t. I realized really quickly that I had to get a lot better, but it’s evolved a lot since then. So it’s a learning curve that happens: They come out here and they either do or they don’t perform, and they realize how much better they need to get and understand how good everyone out here really is. It’s a win-win situation for them, honestly.”

Hovland turned pro in 2019, as part of a heralded class, after his junior season at Oklahoma State but admitted that he would have been tempted to remain in college had the PGA Tour U perks been available. When asked if he could tell immediately whether an opponent had the goods to make it on Tour, he said, “You see plenty of guys who are talented and could kill it on Tour, but I think there’s an X-factor. There’s something different when there’s tour trucks, more people, 150 other guys, you’re on your own, you have to be really, really good – but you also have to be comfortable and have to adapt and perform your best in a different environment. Just because you play really well in college and throw yourself out there, there’s an adaptation that has to happen. And you can’t really tell until you’re there.”

The PGA Tour U advancements should generate more attention and interest in the top incoming talent before they make their splashy summer debuts following NCAAs. It’s the closest golf can get to a draft. And even if those players don’t stick, the overall objective, from the Tour perspective, was still accomplished: The young studs were, at least initially, steered away from the Tour’s chief competitor.

“Talking to players, it’s not one of those things where we’re trying to defend our tour from upcoming talent,” McNealy said. “It’s very different than previous years where you might have seen 10 years ago Tour veterans trying to keep access more limited because we want to protect our eligibility. We have a competitive threat. We have to attract the best talent.

“The PGA Tour is still where everyone wants to play, and if you’re a young player and really want to do something in this game, then you don’t get that by going to LIV. You get that by testing yourself against the players who want to be the best.”

And in this fractured era, with mind-boggling money on offer, the Tour still hopes that is appealing enough. 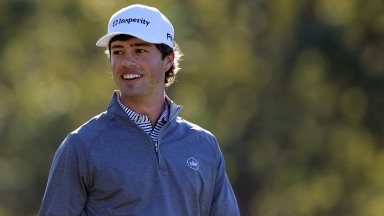 Cole Hammer is excited for top college players to have a pathway directly to the PGA Tour. 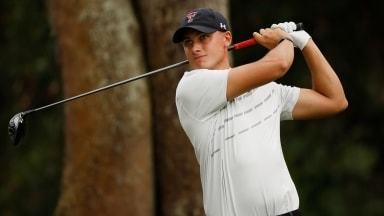 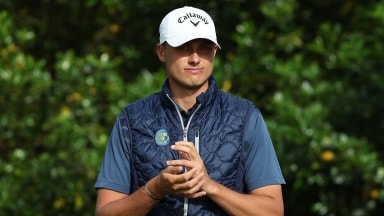 More changes could be coming to PGA Tour University, updates that would offer direct access to the PGA Tour for the first time.