Creamer, Pressel look to send Solheim message by teaming up at Dow 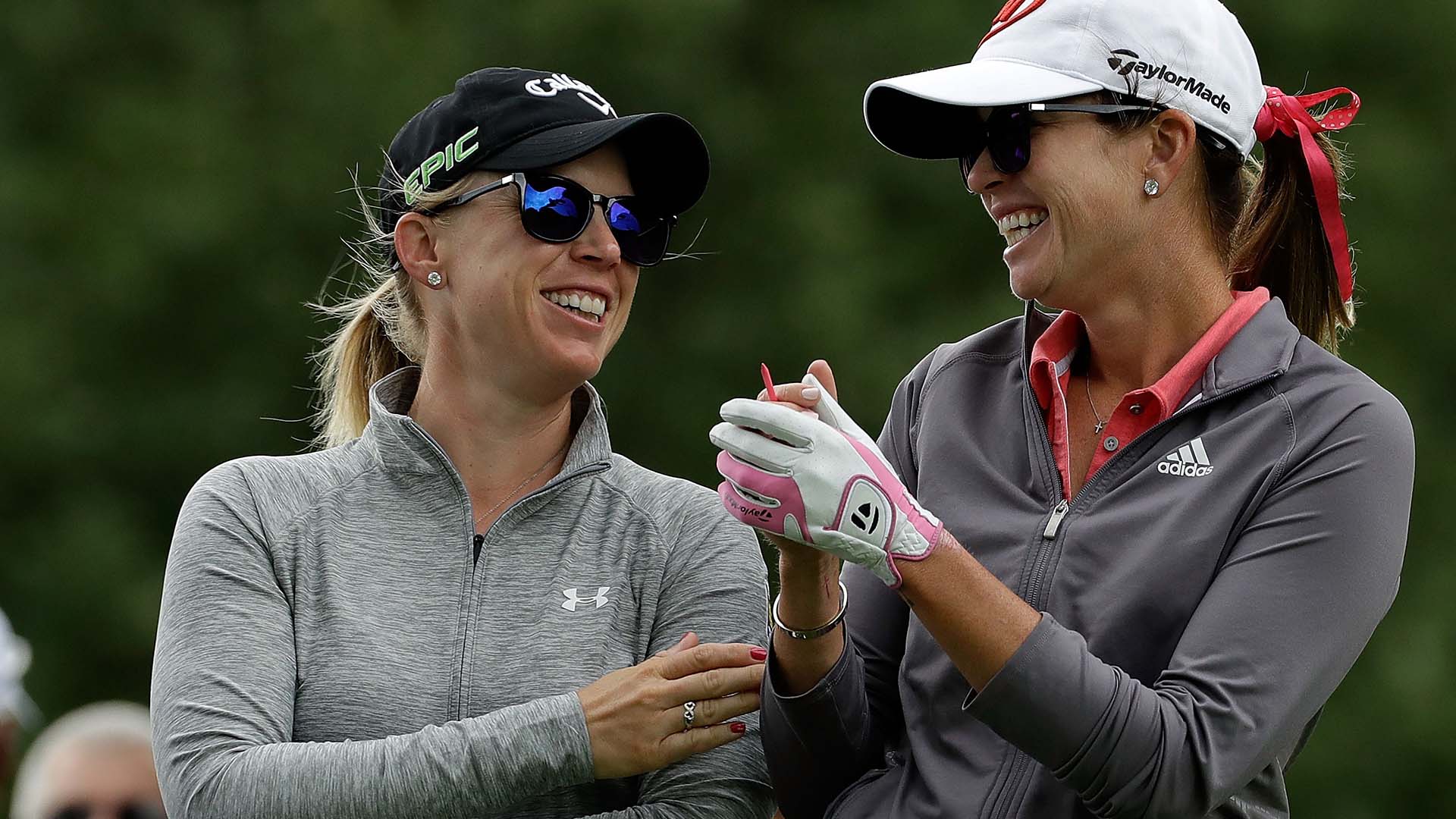 Paula Creamer and Morgan Pressel will be looking to draw upon their Solheim Cup success in the inaugural Dow Great Lakes Bay Invitational team event in two weeks.

Creamer asked Pressel to be her teammate in a public invitation at the 17th hole of the Walmart NW Arkansas last week.

Pressel was videotaped accepting the offer as she walked to the green.

Creamer and Pressel may be long shots to make this year’s U.S. Solheim Cup team, but they could send a heck of a message to U.S. captain Juli Inkster if they can break their victory droughts and take home the trophy together in Midland, Mich.

Creamer is a 10-time LPGA winner looking for her first title in five years. She’s been struggling with injuries and form since her last victory at the HSBC Women’s World Championship in 2014. Her tie for eighth at the ShopRite Classic three weeks ago was her first top 10 in two years. She followed that up with a tie for 13th last week in Arkansas.

Pressel, 31, a two-time LPGA winner, has finished T-11 or better in three of her last eight starts, including a tie for third place at the Hugel-Air Premia LA Open and a sixth-place finish at the Meijier Classic two weeks ago.

Creamer and Pressel are 2-2-1 when partnered together in Solheim matches.