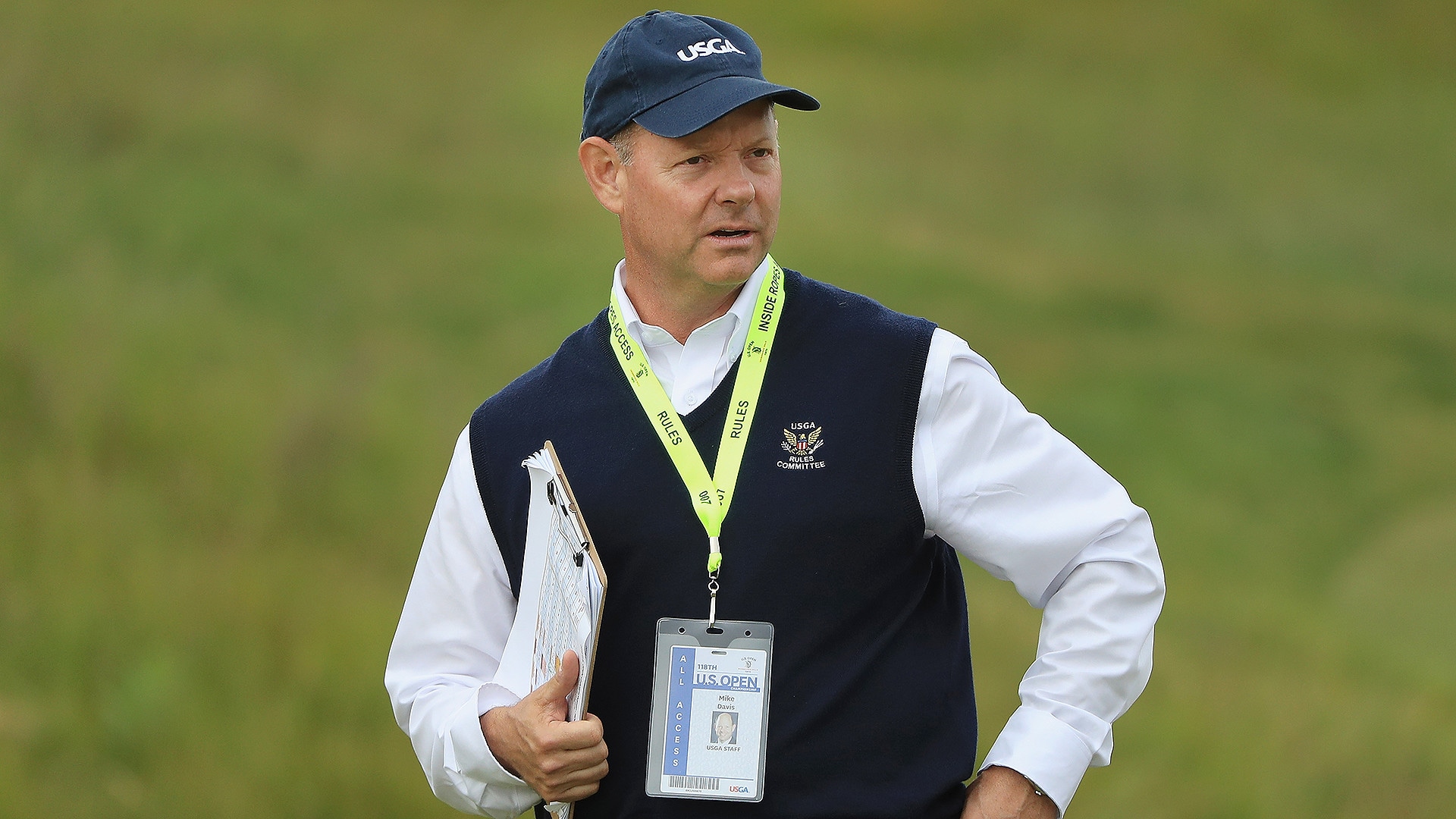 In this week’s edition, the game’s top rulemakers offer vastly different opinions on this year's rollout of new regulations and the PGA Tour changes its tune on gambling.

Erik the Great. It’s been nearly a year and a half since Erik Compton was spotted at a Tour event, and he’s conceded in recent interviews that retirement has been a real possibility the last few years as he’s struggled on the Web.com Tour.

But on Monday, the 39-year-old two-time heart transplant recipient again proved that he still has plenty of fight in him, shooting a 7-under 65 at Banyan Cay Resort to share medalist honors in a Monday qualifier and earn a spot in the Honda Classic field.

“I feel great,” Compton told Golf Digest. “My energy is good and my game is good.”

Compton has been inspiring people his entire life and his start at PGA National is another example of how hard work and perseverance (along with a healthy amount of talent) can never be underestimated.

Tweet of the week: @PepperellEddie (Eddie Pepperell) “The only positive I can find in yesterday’s round is that I’m close to Phil [Mickelson] on the leaderboard, which means, that another day similar to Phil and I’ll get to touch his calves on the tenth tee come Saturday.”

In the silly world of social media, no one deserves a blue checkmark more than Pepperell, who was two shots better (77) than Mickelson and his calves on Day 1 last week in Mexico.

“They did exactly what we wanted them to do, which was really simplify the understanding and make them easier to apply,” Davis said.

Apparently, Davis’ counterpart at the R&A, Martin Slumbers, has been paying closer attention.

“I think it's fair to say that it hasn't gone as smoothly as I would have liked, but this is a big change,” Slumbers said Tuesday. “It is a change to the game, and having spent most of my life working in change projects in various different parts of the world, it's not unexpected that we were going to have some difficulties.”

The new rules have not been a “huge success”  – we’re talking to you, caddie-alignment rule – and it’s clear the rulemakers need to spend some extra time figuring things out. The good news is at least half of that rulemaking duo is willing to accept reality.

Essentially, the Tour overhauled its rules regarding sponsorship deals with gambling companies to pave the way for the inevitable, following last year’s ruling by the U.S. Supreme Court to strike down a federal act prohibiting gambling in most states.

The changing landscape promises to be a boon for the Tour and its players as legalized gambling creates unique ways to engage a new category of fans along with the potential for lucrative sponsorship opportunities, but the change in direction didn’t go unnoticed by some.

“I’ve been begging for this for years,” said one player manager who requested anonymity. “We’ve had sponsorship deals lined up with different gambling companies going back a decade but the Tour always said, ‘no.’ It’s just funny how everything is fine now.”

It’s a sign of progress that the Tour, along with most other sports leagues, have turned the gambling corner. It’s just curious it took them so long to get there.

Hard to say sorry.  Apologies have become a new form of currency on Tour. From Matt Kuchar’s mea culpa for his ill-advised decision to double down on how much he paid his local caddie when he won the Mayakoba Golf Classic last fall, to Sergio Garcia’s public regrets for going full contact on the putting greens last month at the Saudi International.

But the recent apology that seems the most curious was Bryson DeChambeau’s last week at the WGC-Mexico Championship, after he was caught on camera slamming his putter into the practice green.

“I want to apologize to my fans, fellow players and the staff at Chapultepec for my actions following the round yesterday. I am an extremely passionate player and I am always working on ways to be better,” said DeChambeau in a statement released on social media, although he declined to speak with the real media about the incident following his second round.

Whether DeChambeau felt genuine remorse for his actions is impossible to know, but his apology does create a unique question. Did he apologize because he had real regrets? Or was it because he got caught and ended up on the wrong side of public opinion?

DeChambeau’s actions at Chapultepec were no different than an incident following a similarly poor putting performance in the third round at the Sony Open, and an equally surprising outburst and putter slam into the practice green. Yet he offered no apology in Hawaii.

And why did his outburst during the final round of the Genesis Open, when he took his frustration out on the lip of a bunker after a pedestrian shot, not prompt a similar public apology?

No one is perfect and we all make mistakes. Apologies are always the first step in the process, but it’s difficult not to see DeChambeau’s effort as hollow given his track record.