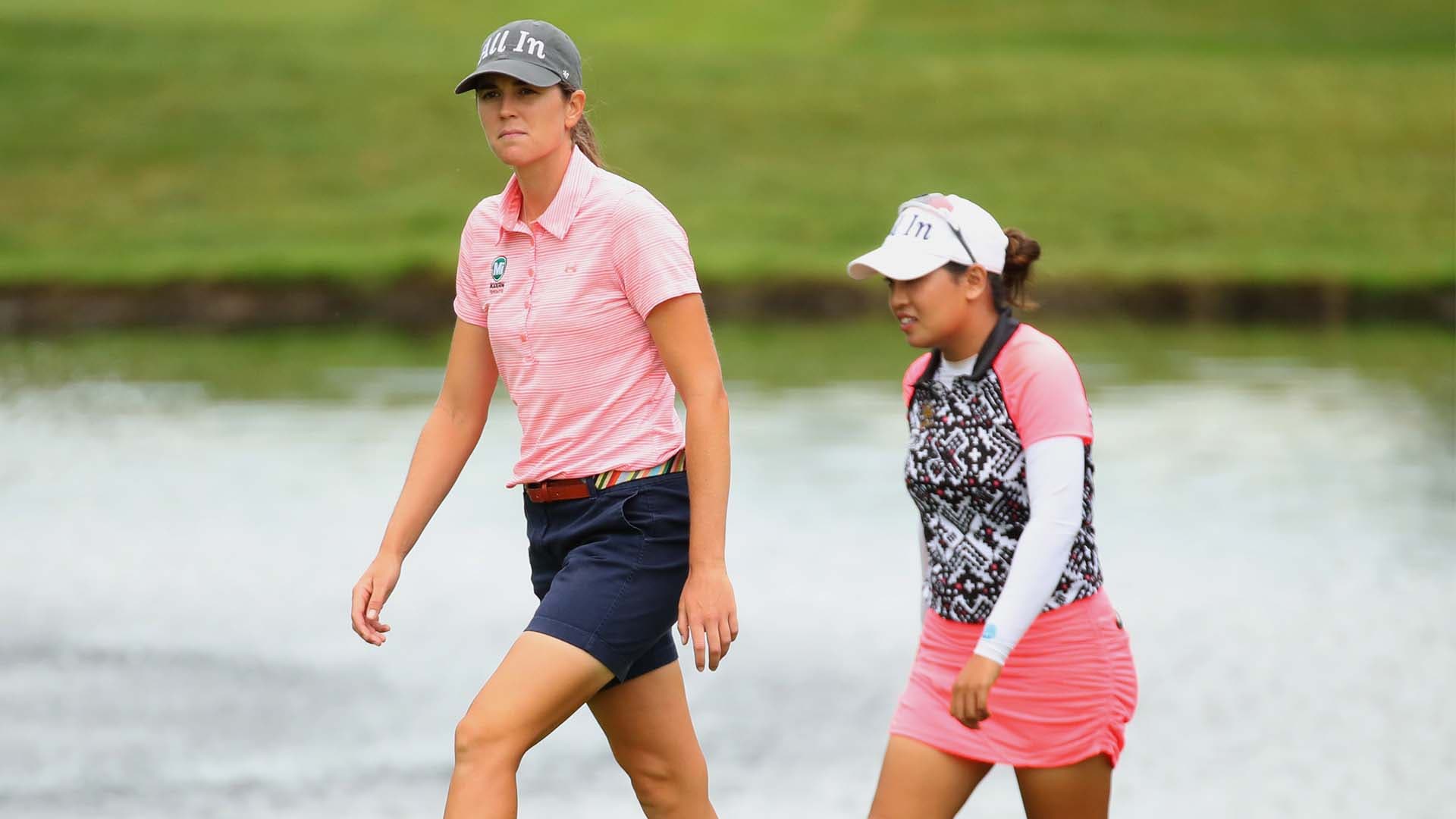 With the help of Jasmine Suwannapura, she won’t have to worry about her final standing on this year’s money list. The duo teamed to shoot a better-ball 59 in Saturday's final round, and win the inaugural Dow Great Lakes Bay Invitational in Midland, Mich.

Clanton and Suwannapura were each handed $241,269 checks after routing the field. Their 11-under 59 gave them a six-shot victory over Jin Young Ko and Minjee Lee, who teamed to shoot 58.

It’s Clanton’s first LPGA title, coming in her eighth year on tour. She doesn’t just get a two-year exemption with the victory. She earns spots in next week’s Evian Championship and the following week’s AIG Women’s British Open.

“I've had full status before, but it will allow for me to kind of sit back and relax a little bit, and kind of set my own schedule,” said Clanton, who just turned 30. “I think it's just going to free me up, because it's been something that I've been working on.”

With limited status, Clanton was making just her fourth LPGA start this year. She came into this week No. 269 in the Rolex Women’s World Rankings.

It’s Suwannapura’s second LPGA title. She qualified for the event and then chose Clanton as her partner. The connection? Suwannapura’s caddie is Michelle Simpson, who has caddied for Clanton in the past. Clanton remains friends with Simpson.

“I put something in her ear,” Clanton said. “I guess she ended up talking to Jasmine about it and then Jasmine picked me.”

As the rout demonstrates, there was instant chemistry. 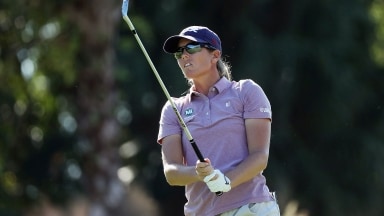 Cydney Clanton holed out from the fairway for eagle on the par-4 13th and closed with a birdie to take the Founders Cup second-round lead. 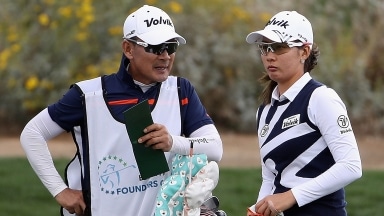