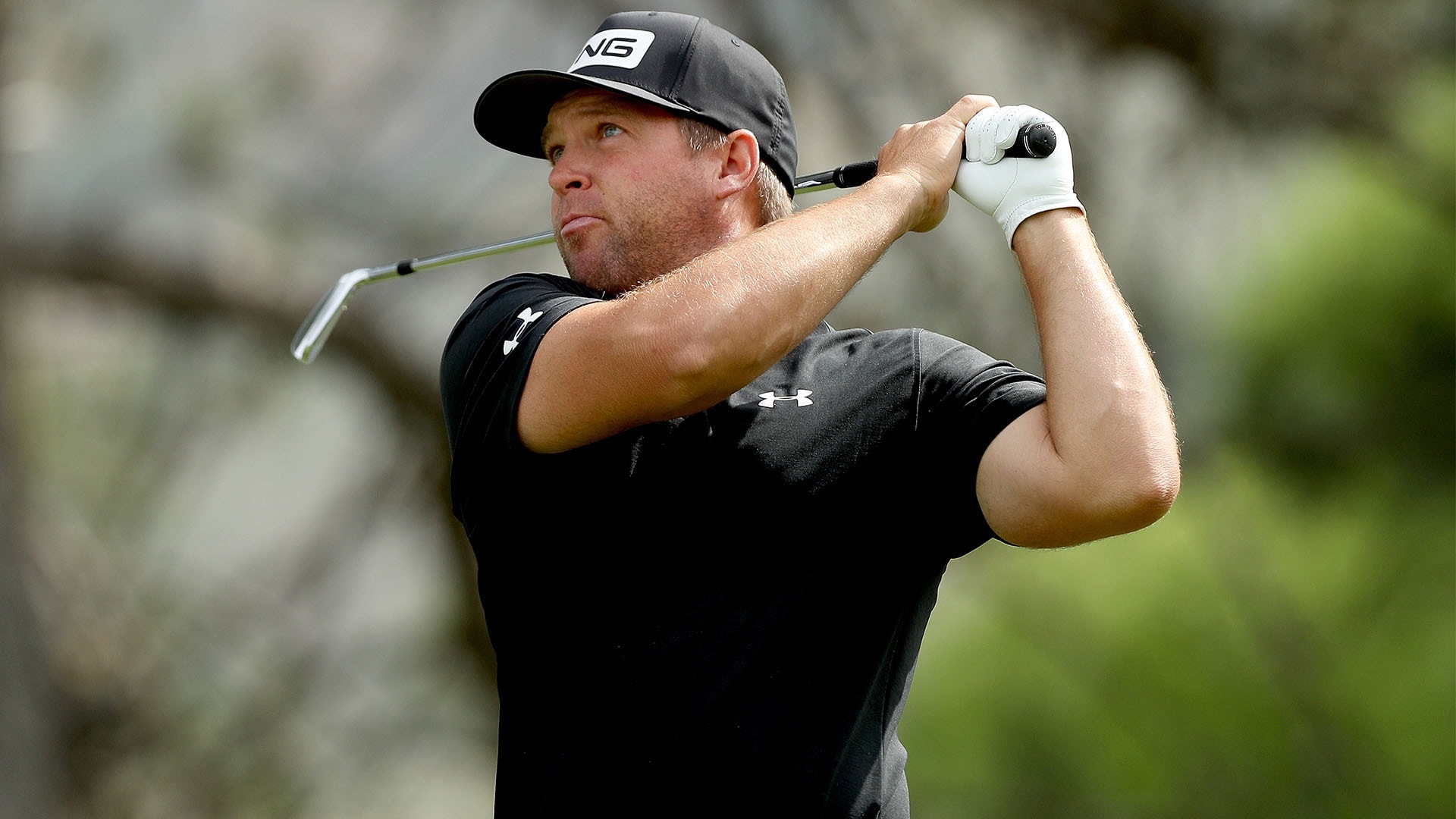 Daniel Summerhays missed a potential walk-off victory by a matter of inches.

The 36-year-old announced earlier in the week that he planned to make the Korn Ferry Tour's Utah Championship his final start as a pro, opting to retire and take a job as a teacher and high school golf coach. Summerhays was playing on the course he grew up on, had his brother on the bag and played the first two rounds alongside his nephew, Preston.

But a funny thing happened in the final round. Summerhays caught fire on the back nine, playing a seven-hole stretch in 6 under. Even after a bogey on the 18th hole, where his par putt barely grazed the edge, he signed for a 62 that marked the low round of the day, then sat back while rough weather blew in as the leaders faced the home stretch.

He ended up in a three-way playoff with Paul Haley II and Kyle Jones, but the Cinderella story ended on the first extra hole when Summerhays again missed a par putt by inches. Jones went on to win with a birdie to defeat Haley on the next hole.

"My eyes got really big on that last putt. I kind of early called myself a little bit," Summerhays said. "But to be in that position, be able to have a little bit extra golf, was spectacular."

Summerhays won a Korn Ferry event in 2007 as an amateur and remains the last amateur to do so on either the Korn Ferry or PGA Tour. But that is still his most recent professional victory, as he went 0-for-215 starts on the PGA Tour despite earning nearly $9 million. Summerhays had a few close calls along the way, losing a playoff to Woody Austin at the 2013 Sanderson Farms Championship and finishing third at the 2016 PGA Championship.

Summerhays had not played since missing the cut at The Greenbrier in September. While the stirring hometown victory wasn't to be, he was content to go out on his own terms and exited to an ovation from friends and family members gathered on properties lining the course.

"I'm obviously disappointed. I had some pretty amazing looks there," he said. "The waiting game wasn't easy, but I was grateful to be part of it."

Brendon Todd won the Utah Championship for his first Nationwide Tour title, closing with a 4-under 67 for a six-stroke victory over six players.

Nationwide Tour rookie Brendon Todd fired a 6- under 65 on Saturday to take the lead after three rounds of the Utah Championship.

Australia's Marc Leishman fired an 8-under 63 Friday to take a one-shot lead after two rounds of the Utah Championship.