Danielle Kang wins at Inverness at LPGA's return to golf 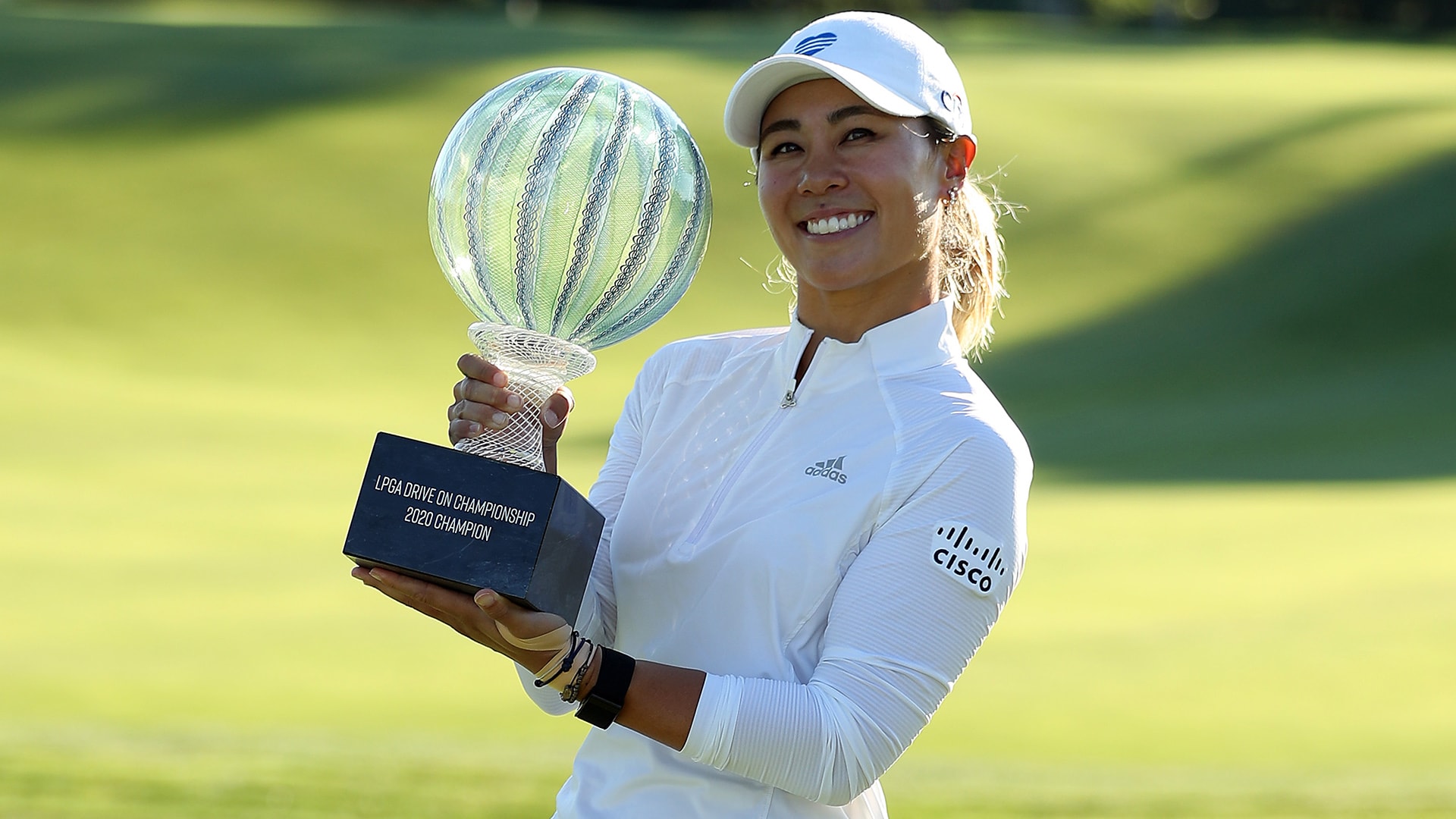 TOLEDO, Ohio — Danielle Kang played the brand of steady golf that wins on tough golf courses, closing with a 2-under 70 on Sunday at Inverness Club and winning the LPGA Drive On Championship in the first LPGA Tour event in more than five months.

Kang and Celine Boutier of France turned the final hour into a terrific duel, and they were tied when Kang made her lone bogey on the par-5 13th with a poor chip from the thick collar.

It was Boutier who blinked last. She missed a short par putt on the 15th hole to fall one shot behind, and then stuffed her approach to 4 feet below the hole on the 18th. Instead of a playoff, however, Boutier made a tentative stroke on a tricky putt and the ball caught the left edge of the cup and spun away.

Kang, the No. 4 player in the women's world ranking, won for the fourth time in her career. It was her first LPGA competitoin since Jan. 23 in Florida. She did not go to Australia, and then the COVID-19 pandemic halted play on the Asian swing and then on through the summer.

She has won in each of her last four seasons, starting with the Women's PGA Championship in 2017.

Boutier, who won the Women's Texas Open during her time off, made an 8-foot birdie putt on the 14th to tie Kang before she started to slip. The Frenchwoman closed with a 71.

Inverness hosted the one-time event, and both contenders are likely to be back next summer when the storied club hosts the Solheim Cup. The LPGA Tour stays in northeast Ohio next week for the Marathon Classic.

Inverness, where Paul Azinger won the 1993 PGA Championship in a playoff over Greg Norman, allowed only five players to finish under par.

Minjee Lee of Australia shot 70 and finished alone in third, three shots behind. She was followed by Yui Kawamoto of Japan, who shot a 72, and Jodi Ewart Shadoff of England, who faltered later for a 75.

Ewart Shadoff, still searching for her first LPGA Tour victory, was three shots behind on the back nine until she went bogey-bogey-double bogey through the 15th hole, and finished with a birdie when it was too late.

Nelly Korda, at No. 2, the highest-ranked player in the field, tied for 40th.

Several top players from South Korea played their home tour this week, including Jin Young Ko and Sung Hyun Park. It is not clear if they will travel to Scotland for the Women's British Open.

Kang had plans Sunday night for more golf. Her boyfriend, Maverick McNealy, was in contention at the Barracuda Championship on the PGA Tour.