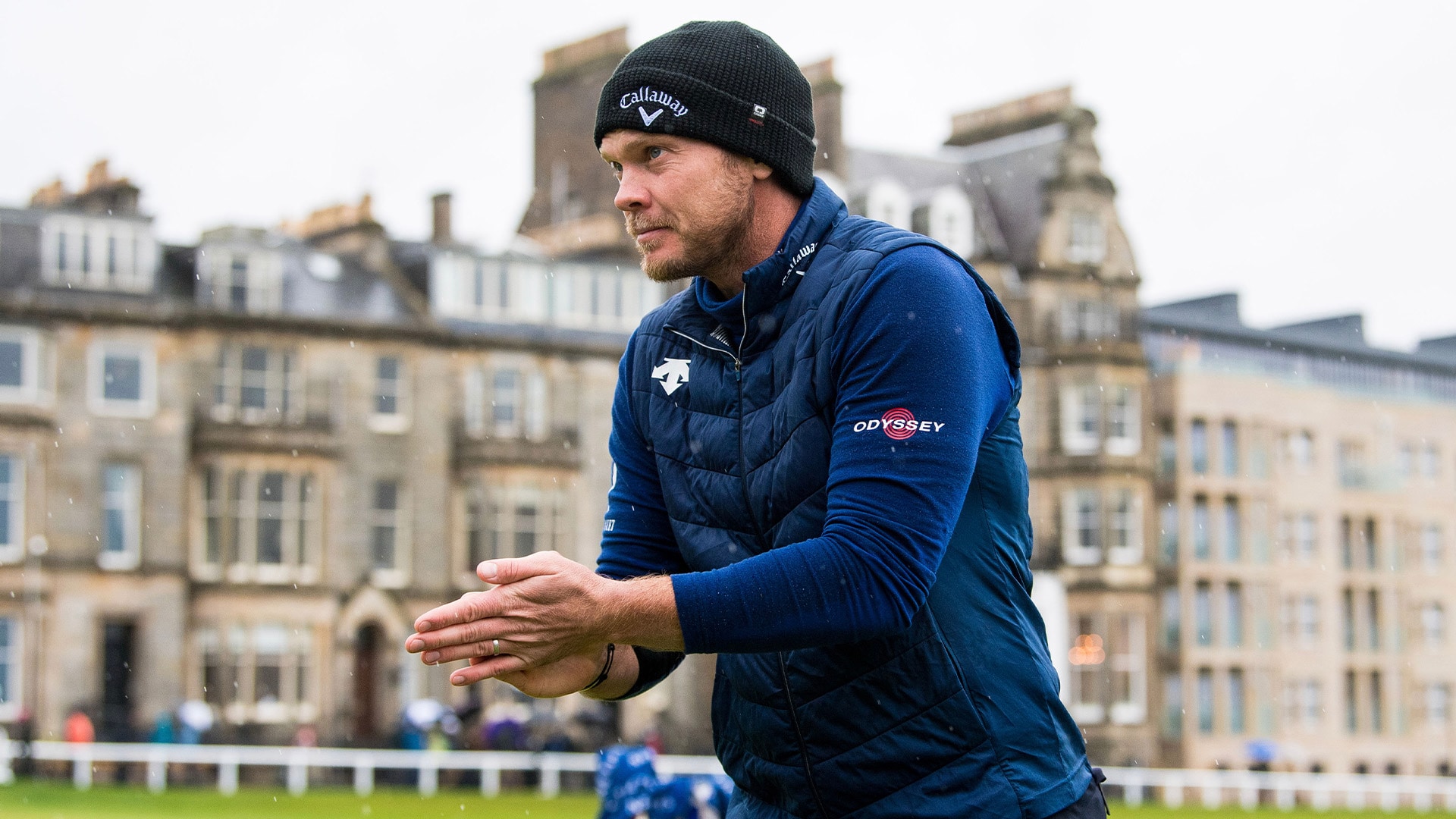 ST. ANDREWS, Scotland — Danny Willett began his third round in sunshine and ended it in torrential rain and high winds, playing some fine golf in between on the Old Course at St. Andrews in a 6-under 66 that left the Englishman with a three-stroke lead at the Alfred Dunhill Links Championship on Saturday.

Willett, who is 14 under par overall, will return to the home of golf on Sunday — the day he turns 34 — seeking an eighth win of his professional career and first in two years, since the BMW PGA Championship in September 2019.

The 2016 Masters champion has a good record on the Old Course, too. He is 73 under par for his career there and finished second at this event in 2010 as well as placing sixth at the British Open at St. Andrews in 2015.

Tyrrell Hatton, the second-round leader and two-time champion of the event, shot 71 and was one of four players tied for second place, along with Shane Lowry (67), Richard Bland (64) and John Murphy (67). All of them also played their third rounds at St. Andrews.

Each player in the field plays a round at St. Andrews, Kingsbarns and Carnoustie — three of the most storied courses in Scotland — from Thursday to Saturday. Those who make the cut return to St. Andrews for the final round.

Willett took advantage of favorable early conditions to make three birdies in the opening seven holes, rolling in from 4 feet at No. 2, from even closer in at No. 5, and then 10 feet at No. 7.

The weather turned grim but Willett still managed to complete a bogey-free round. After two-putting for birdie at No. 10 after driving the green, Willett moved into a tie for second place — at 12 under — with Daniel Gavins, who was playing at Kingsbarns.

Hatton was still leading at that point, on 14 under, having made four straight birdies from No. 2, but he didn’t pick up another shot and made three bogeys in a row from No. 13.